Accessibility links
Japan's Quake And Tsunami 'Beyond Our Imagination' Eyewitness Says : The Two-Way In the first seconds of a powerful earthquake's attack on Japan Friday, Chie Matsumoto was outside, in the middle of Tokyo. "I saw high rises sway like I had never seen before," Matsumoto says. 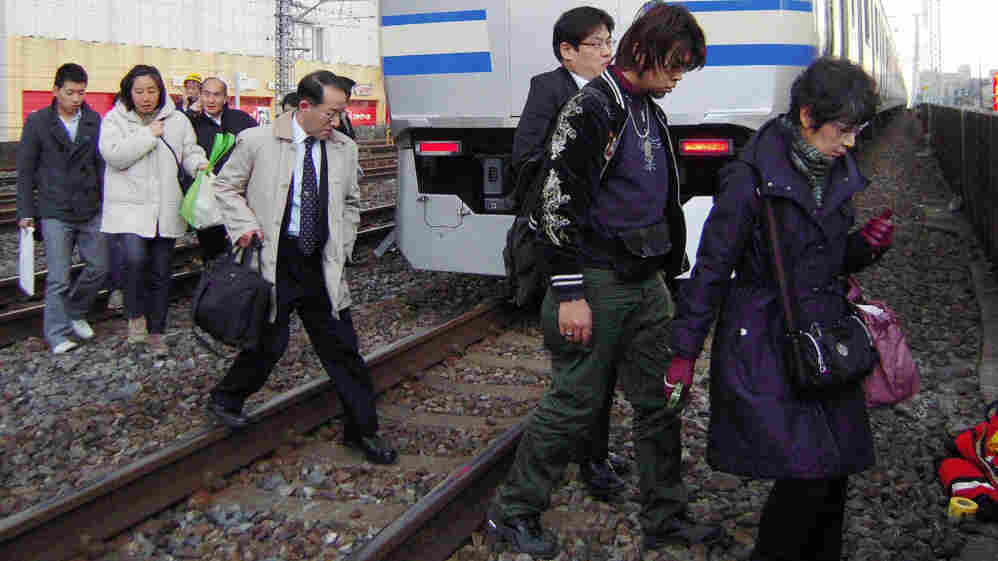 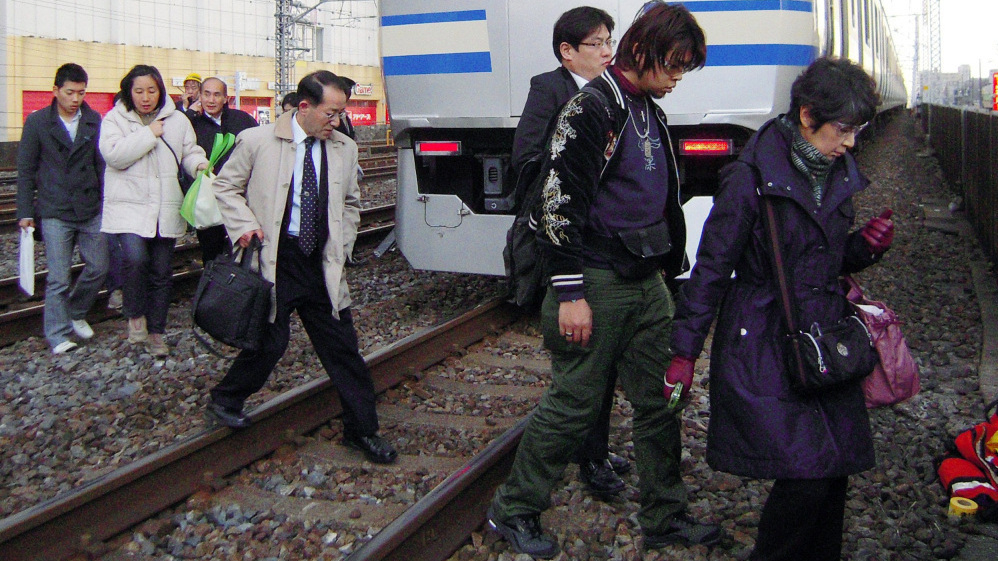 In the first seconds of the powerful earthquake that struck Japan Friday, Chie Matsumoto was outside, in the middle of Tokyo. "I saw high rises sway like I had never seen before," Matsumoto says. "So many people came out of the buildings and we evacuated to the largest park in the neighborhood."

The freelance journalist responded to a request for first-hand reports of the disaster that was put out by American Public Media's Public Insight Network.

Stuck in the center of Tokyo, Matsumoto says the next task was to try to get home:

"All the trains were suspended, but some subways resumed service and now I'm on one of them trying to get home, though I can only get so far to take a cab without long queues, maybe.

"People are sleeping at stations, they have tarps prepared, but it is extremely cold even in Tokyo. The sights we see on the news are horrid. The death tolls are rising every minute. The scale of disaster seems beyond our imagination."

With people stranded during what was clearly becoming a national catastrophe, Matsumoto says many people couldn't place phone calls — all of the mobile and land lines that were still working were reserved for emergency rescue and relief forces.

"Most of us are exchanging information on Twitter," Matsumoto says. This seems the fastest."

Hal Offutt, a business consultant who was in Tokyo during the quake, told a similar story:

I experienced the earthquake while walking along the sidewalk in downtown Tokyo. It was pretty terrifying to watch the buildings swaying and feel the street moving under my feet. After a couple of hours sitting on a park bench waiting for the aftershocks to subside, I returned home to my apartment and watched this terrible story unfold on the TV.

And when asked what he's doing now, Offutt said that while Tokyo emerged with comparatively little damage, everyone at his home is wary of another quake:

It's now 3:40 AM and we have been trying to get a little sleep after watching TV for 6-7 hours. We are sleeping in our clothes ready to run outside in case of another huge one.

Will be back in front of the TV in a couple of hours and out on the streets of Tokyo tomorrow during the day. The big story in Tokyo was the complete shutdown of the trains and subways, leaving a couple million workers stranded downtown with no way to get home.

Mobile phones by and large did not work and there were long lines at the few remaining pay phones as people tried to get in touch with their families.

You can watch an AP video of the day's sights here:

Matsumoto says that many people are now following the emerging details of the tsunami and earthquake on television, Twitter, and by phone calls, saying that the telephone system has "resumed regular service."