Accessibility links
Disaster In Japan: Saturday's Developments : The Two-Way The death toll is climbing. Rescuers are struggling to get to survivors. And the world is watching anxiously to see if crippled nuclear power plants can be safely shut down. 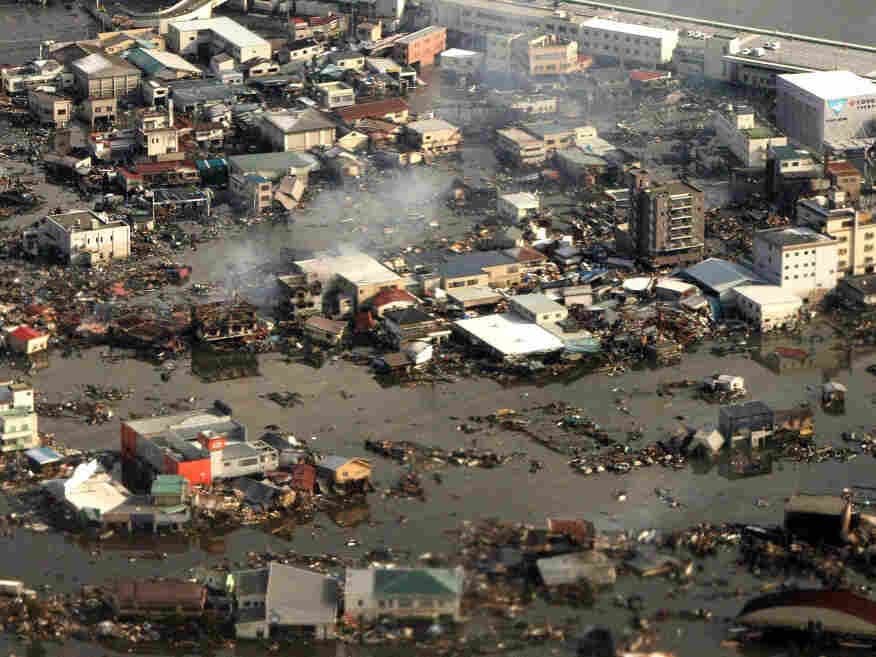 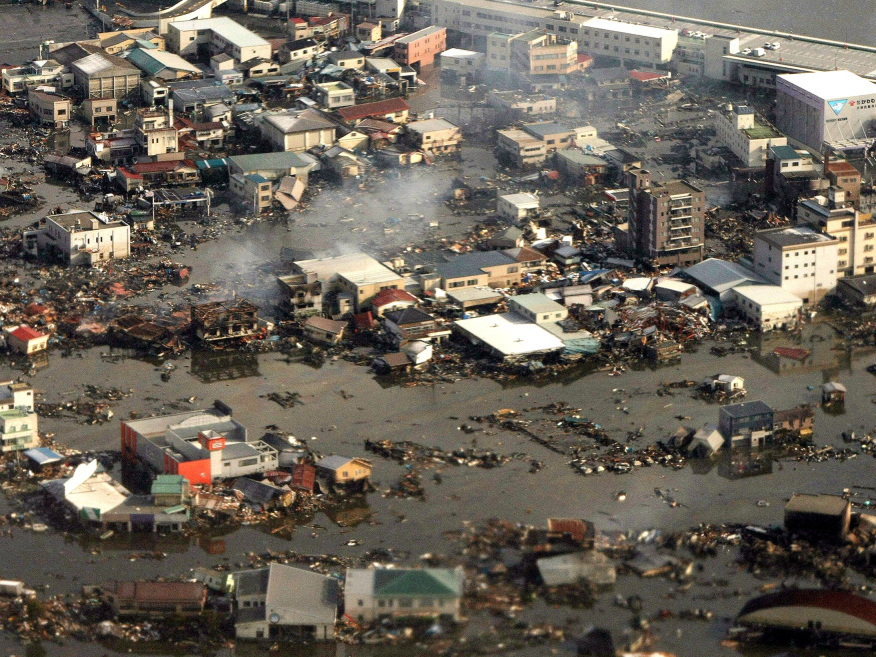 The death toll is climbing. Rescuers are struggling to get to survivors. And the world is watching anxiously to see if crippled nuclear power plants can be safely shut down.

On the day after a massive earthquake struck Japan, sending huge tsunami waves crashing into its coasts and across the Pacific, the scope of the disaster is daunting. We'll be following developments.

-- Japan's Kyodo News says more than 1,800 people are dead or missing. And, it adds, "on top of that figure, Miyagi prefectural officials said Saturday night that there has been no contact with about 10,000 people in Minamisanriku, more than half of the town's population."

-- There was an explosion at a nuclear power plant in Fukushima, but officials say the facility's core reactor was not damaged. They're working now to flood the reactor with sea water and boric acid to cool it and prevent a meltdown.

-- As Reuters writes, "the international community started to send disaster relief teams on Saturday to help Japan, with the United Nations sending a group to help coordinate work." The BBC adds that "rescue teams from several nations are on their way to Japan; the first, from South Korea, touched down about two hours ago. A team from the U.K. is due to depart later this evening."

Night has fallen in Japan and we're going to take a break. We'll pick up again on Sunday. NPR.org, of course, will continue following the story. Click here to see all of its coverage. And on the air, the NPR Newscast and Weekend All Things Considered will have reports.

Update at 11:55 a.m. ET: For those looking for how to help, The Huffington Post has a pretty long list of aid organizations that have already gotten involved and how to contact them.

Update at 11:25 a.m. ET: We just published a new post with much more on the "last-ditch effort" to prevent a meltdown at the Fukushima nuclear plant.

Update at 10 a.m. ET. How The Explosion May Have Happened And The Key Question — Is The Core Melting?

On Weekend Edition earlier today, NPR's Jon Hamilton told host Linda Wertheimer that the explosion at a nuclear plant in Fukushima may have happened "as workers were trying to add water to keep this overheating nuclear core from getting any hotter. When you do that, you can produce hydrogen," which is highly explosive.

The explosion, he said, destroyed "the outer-most building, which is really just a shell housing. All of the radioactive material is still inside that containment structure."

The key unknown at this point, Jon said, is: "What is going on in the core? Are they flooding just because it's hot or has it actually started to melt?" If so, everything inside that containment structure could become highly radioactive and the only thing left to do is "seal it up with concrete. You sort of entomb it."

Kyodo News reports that: "About 9,500 people are unaccounted for in the town of Minamisanriku in Miyagi Prefecture following Friday's powerful earthquake, prefectural officials said Saturday. The figure is more than half of the population of about 17,000 in the town on the Pacific coast, they said."

Japanese authorities "say seawater — combined with boric acid — will be used to fill the steel container to try to cool the reactor" at the nuclear power plant in Fukushima, where an explosion (said to NOT have been nuclear) destroyed a building earlier today, NPR's Louisa Lim reports. She adds that the "process will take 5 to 10 hours."

"The powerful earthquake that unleashed a devastating tsunami Friday appears to have moved the main island of Japan by 8 feet (2.4 meters) and shifted the Earth [nearly 4 inches] on its axis.

" 'At this point, we know that one GPS station moved (8 feet), and we have seen a map from GSI (Geospatial Information Authority) in Japan showing the pattern of shift over a large area is consistent with about that much shift of the land mass,' said Kenneth Hudnut, a geophysicist with the U.S. Geological Survey (USGS)."

Here's a quick look at where things stand as of 8 a.m. ET:

-- Kyodo News says "the combined number of people who have died or are unaccounted for is feared to top 1,700."

-- There's been an explosion at a nuclear power plant in Fukushima — the facility that was seriously damaged during Friday's massive earthquake and where authorities have been trying to cool down the reactor core to prevent a meltdown. It was not a nuclear blast and officials say the nuclear reactor was not further damaged.

-- "A mammoth relief mission is swinging into action in north-east Japan," the BBC says. "Whole villages have been washed away and at least one town has been largely destroyed. Police said 215,000 people have fled their homes."