Accessibility links
At Crippled Japanese Nuclear Plant, 'Last-Ditch Effort' To Prevent Meltdown : The Two-Way Seawater and boron are being pumped into the structure containing the plant's reactor. If that doesn't work, the entire power plant may have to be sealed up with concrete and basically entombed. 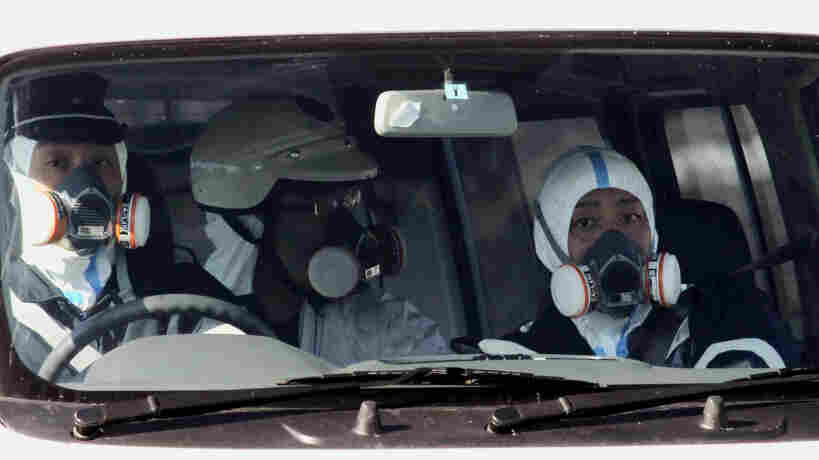 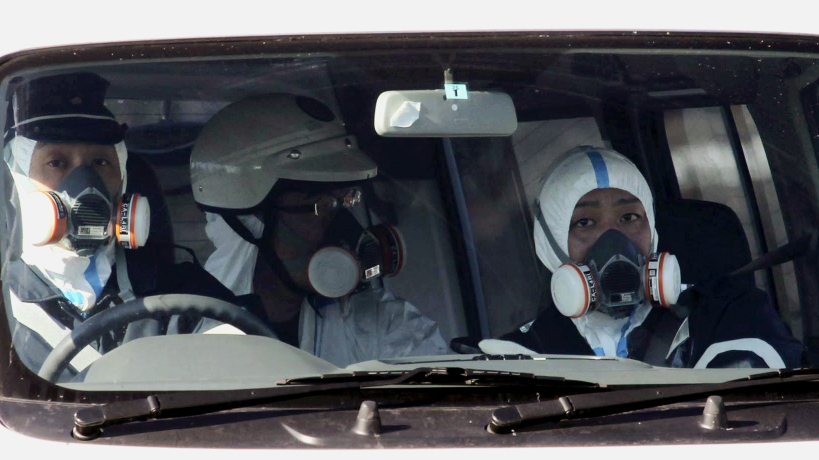 The scope of the disaster in Japan makes it difficult to focus on any one aspect. More than 1,700 people are said to be dead or missing. Many more are suddenly homeless. Millions are without power. We've been tracking development here.

One part of the story today, though, is being followed particularly closely around the world: The rush to keep a crippled nuclear power plant in Fukushima from suffering a meltdown. As we reported earlier, there was an explosion at that plant today.

The good news at this hour, The Associated Press reports, is that a radiation leak at the plant "was decreasing despite fears of a meltdown ... officials said. Government spokesman Yukio Edano said the explosion destroyed the exterior walls of the building where the reactor is placed, but not the actual metal housing enveloping the reactor."

Still, the situation is serious. NPR's Jon Hamilton has been following what he says is the "last-ditch effort to protect the reactor's radioactive core," and said a short time ago on the NPR Newcast that:

"The reactor in Fukushima prefecture has had problems with its cooling system since the earthquake. Now it appears efforts to keep the system working have failed.

"A spokesman for the Japanese government said the reactor's core would be flooded with sea water and boric acid. The boric acid helps to suppress any lingering nuclear reaction. The spokesman also explained an explosion that destroyed a building at the Fukushima plant early this morning. He said efforts to add cooling water to the reactor core had resulted in the production of hydrogen gas. The gas built up inside the building and then exploded."

On Weekend Edition, Jon told host Linda Wertheimer that the plan to flood the core with seawater and boric acid may be unprecedented and will effectively destroy the power plant. If the plan fails and the core does meltdown, Jon said, the only thing left to do will be to "seal it up with concrete. You sort of entomb it."

The situation likely won't be resolved quickly. According to Japan's Kyodo News:

"The top government spokesman said Tokyo Electric Power has begun operations to fill the reactor with sea water and pour in boric acid to prevent an occurrence of criticality, noting it may take several hours to inject water into the reactor. In addition, it will take about 10 days to fill the container with sea water, he said."