Accessibility links
DC's Guardian And Phoenix Jones: Real Life Superheroes Open Up — A Bit : The Two-Way They disguise themselves and head out into the streets to fight crime.

Michel Martin and the 'super heroes' 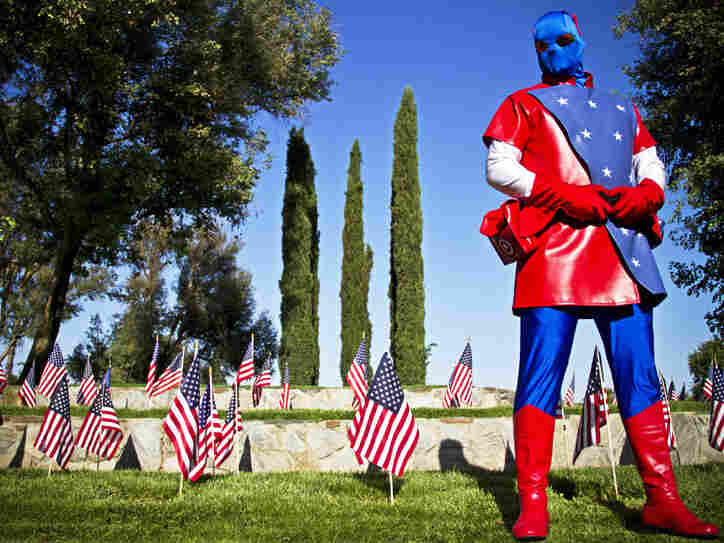 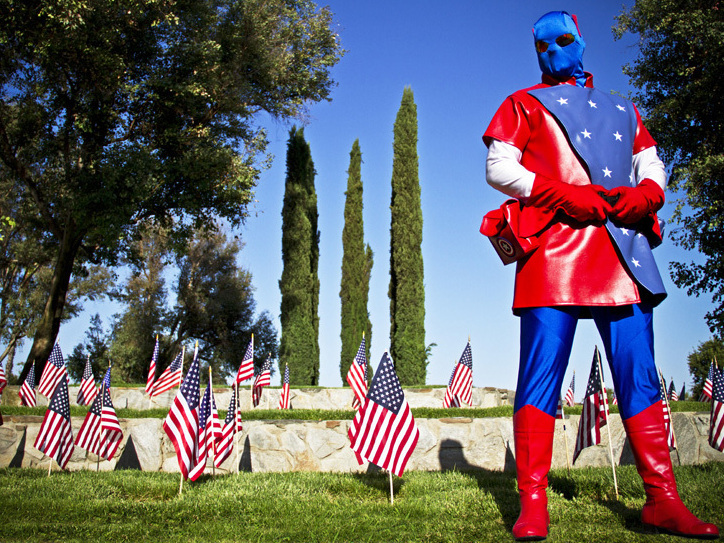 Here's something different after a lot of news about war, tragedy and suffering.

Tell Me More today caught up with the story of "real life superheroes" such as the (Washington) DC's Guardian and Seattle's Phoenix Jones — two guys who disguise themselves in some pretty wild costumes (or uniforms, as DC Guardian calls them), guard their identities and go out on the streets of their cities to fight crime.

"Everybody wanted someone else to do it," DC's Guardian tells TMM host Michel Martin of why he decided to patrol the streets of the nation's capital looking for wrong-doers. "I saw apathy" and decided to get involved.

As for the star-spangled costume, he says that "evil doesn't like light," and his "uniform" helps shed light on that evil.

Phoenix Jones says he was inspired after someone wrapped a rock in a ski mask and then broke a window on his car. He saved the mask and a few weeks later when he saw a friend getting beaten up, put it on and chased away the attacker. "That's kind of how Phoenix Jones was born," he says.

Michel Martin and the 'super heroes'