Accessibility links
In Yemen: 'Virtually No Support' For President Among Key Institutions : The Two-Way The unrest there greatly worries counterterrorism experts because Yemen is home to one of al-Qaida's most active affiliates and to radical cleric Anwar al-Awlaki.

In Yemen: 'Virtually No Support' For President Among Key Institutions

In Yemen: 'Virtually No Support' For President Among Key Institutions 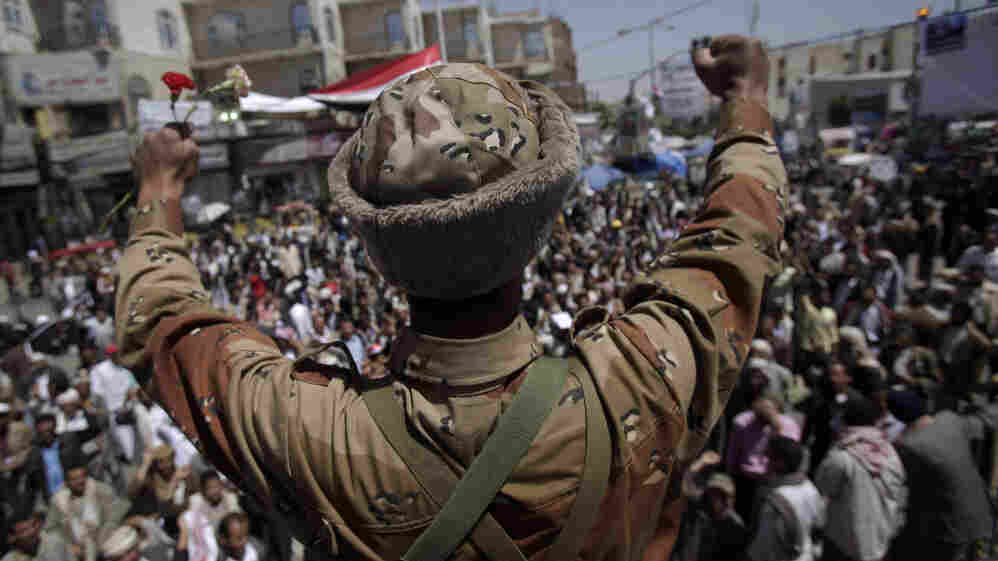 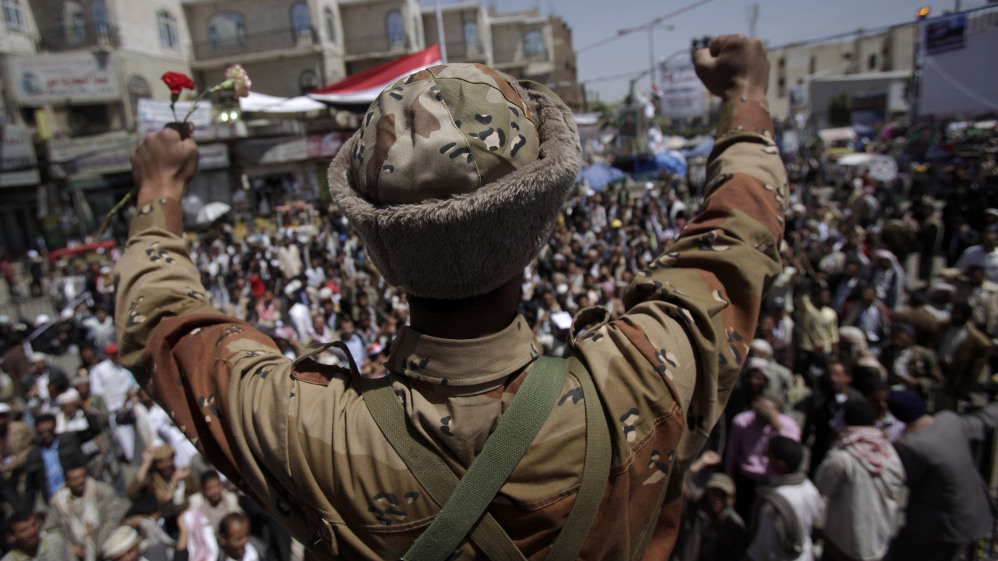 In Sanaa today, a Yemeni army officer reacts after he and other officers joined anti-government protesters demanding the resignation of President Ali Abdullah Saleh.

From Sanaa, Yemen, The Associated Press writes that "rival tanks deployed in the streets of Yemen's capital Monday after three senior army commanders defected to a movement calling for the ouster of U.S.-backed President Ali Abdullah Saleh, leaving him with virtually no support among the country's most powerful institutions."

Soldiers under the command of one of those generals are being welcomed by the demonstrators who have been demanding that Saleh step down, reports Jeb Boone, managing editor of The Yemen Times. He has put this note on its Twitter page:

"Ali Muhsin's soldiers being kissed and hoisted on the shoulders of protesters in Sana'a."

CNN says that general has told reporters he "will order his troops to protect protesters demonstrating against the country's longtime president."

As NPR's Dina Temple-Raston has reported, the unrest in Yemen worries counterterrorism experts. That's because "al-Qaida's arm in Yemen has been one of the terrorist group's most active affiliates. [And] it is home to radical cleric Anwar al-Awlaki, the English speaking-imam who has been accused of inspiring and directing young jihadists to attack the West."