Accessibility links
100 Years Ago, World's First Aerial Bomb Dropped Over Libya : The Two-Way At the time, the international press debated the humanity of the bombing campaign in much the same way that some are debating U.N. action in Libya today. 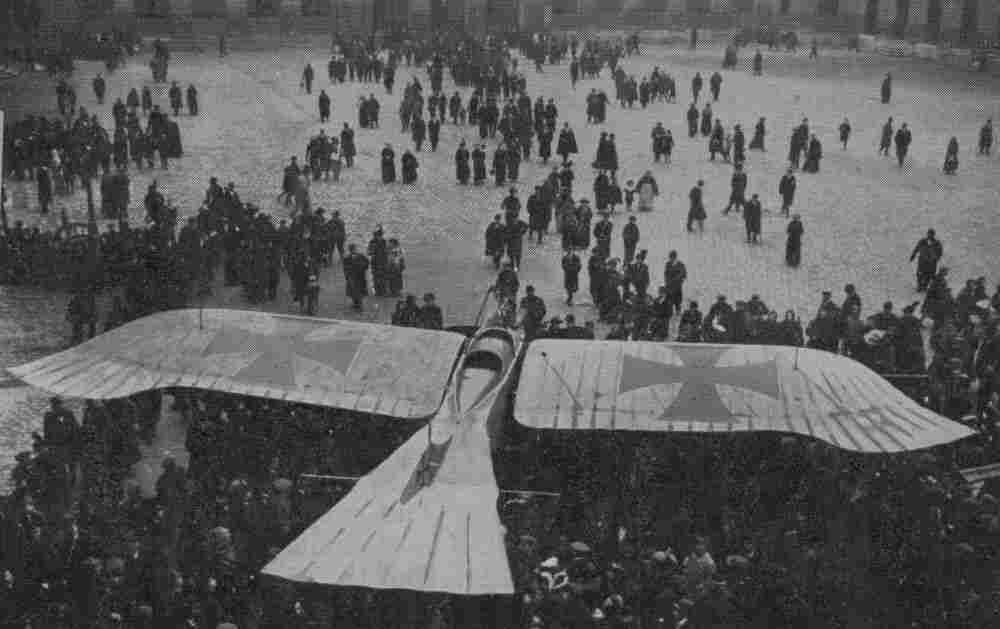 circa 1915: Crowds gather to see a birdlike German 'Taube' aircraft, on display at Les Invalides, Paris, at the height of the First World War. Hulton Archive/Getty Images hide caption 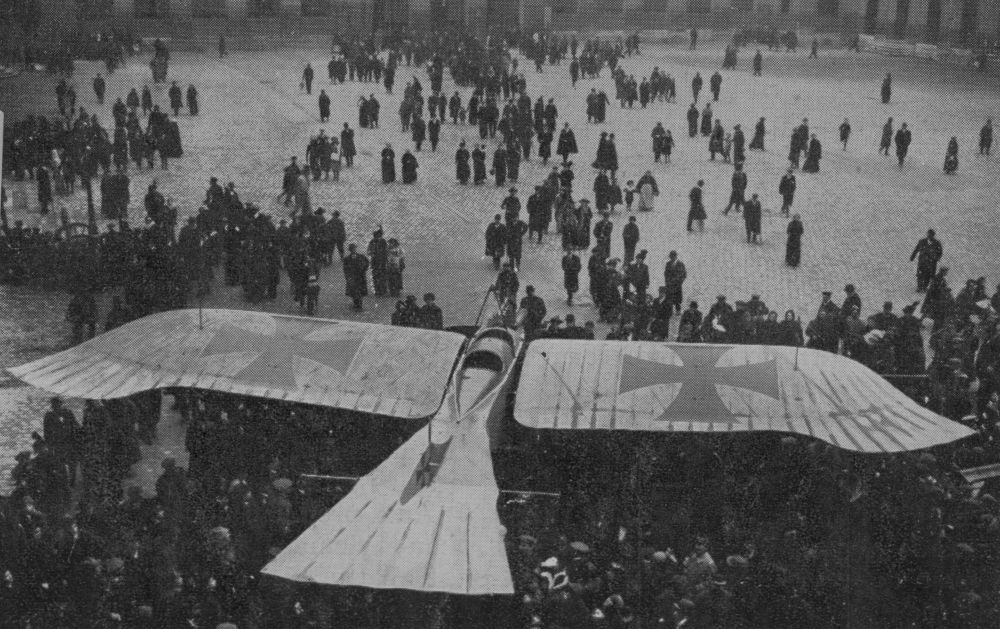 circa 1915: Crowds gather to see a birdlike German 'Taube' aircraft, on display at Les Invalides, Paris, at the height of the First World War.

It was 100 years ago that an Italian pilot dropped the world's first aerial bomb. It happened Nov. 1, 1911 during the war between the Ottoman Empire and the Kingdom of Italy.

Liutenant Giulio Gavotti flew over Libya on a Taube monoplane and as he approached a Turkish camp at Ain Zara — just on the outskirts of modern-day Tripoli — he tossed over four grenades.

This is how Gerard J. De Groot narrates it in his book The Bomb (Havard University Press, 2005):

[Gavotti] was an experienced reconnaissance pilot but on this particular day, overcome with ambition, he wanted to do something more than merely observe. Unbeknownst to his superior officers, he took with him on his flight a leather pouch containing four grenades, each weighing about two kilos. When he reached the Turkish camp, Gavotti took a detonator from his pocket, methodically screwed it into a grenade, and tossed the grenade over the side, repeating this process four times. No Turks were injured in this first instance of aerial bombardment, but they were mighty angry.

Gavotti officiated at the wedding of air transport and bombs. The marriage has been enormously successful. At the time, however, this first bombing raid was widely condemmed as a gross defilement of the gentlemanly art of war.

Ian Patterson, at The London Review of Books, notes that at the time of the Italian attack, the international press talked extensively about "collateral damage," which was called "frightfulness." The Ottoman Empire said the bombs fell on a field hospital, while the Italians celebrated the demoralizing effect it had on their enemy.

A hundred years on, as missiles rain down on Gaddafi's defences and sleeping Libyan soldiers are blasted and burned, we hear claims of a similar kind: the might of the western onslaught will dissipate all support for Gaddafi's regime and usher in a new golden age for everyone. Just as Shock and Awe were meant to in Iraq. Or bombing and defoliation were meant to in in Vietnam. Or as the London Blitz was meant to break Britain's spirit. Yet all the evidence suggests that dropping high explosive on places where people live increases their opposition, their solidarity and their resolve.