Accessibility links
After 27 Years In Prison, New DNA Evidence Sets Va. Man Free : The Two-Way After his release, Thomas Haynesworth said he's ready to catch up with a world he knows only through books. 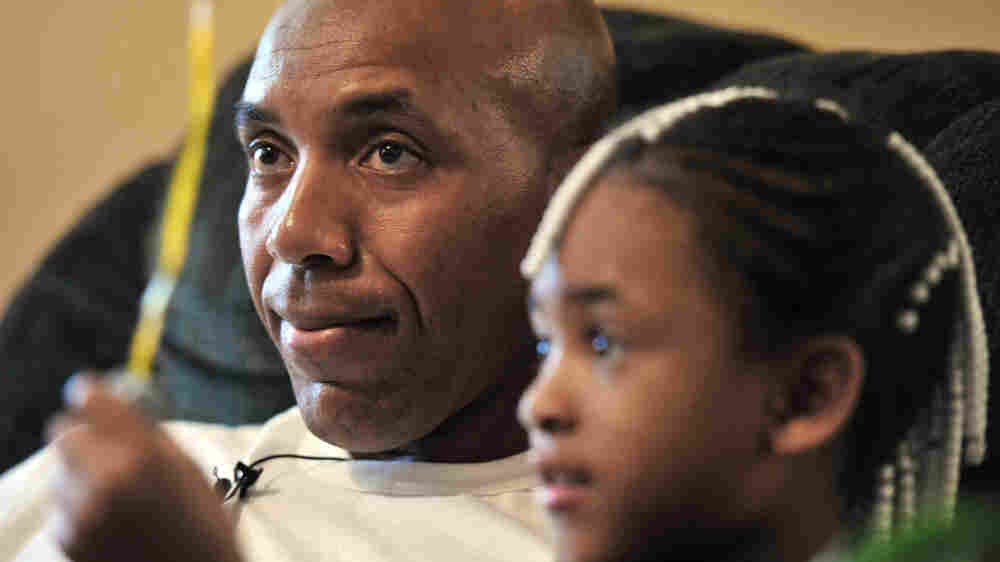 Back in 1984, when Thomas Haynesworth was 18, he set out to buy some groceries for his mother. A woman, who had been attacked days before, sought a police officer and told him Haynesworth was the one who did it.

Eventually five women identified him as the attacker and Haynesworth spent the next 27 years in prison.

The Root reports on what happened next:

In 2005, in the wake of the exonerations of five other wrongly convicted men, then-Virginia governor Mark R. Warner (D) ordered a sweeping review of thousands of criminal cases from 1973 through 1988. Haynesworth's was among them. Using technology that wasn't available in the 1980s, authorities tested DNA collected from a January 1984 rape for which Haynesworth was convicted. The results cleared him and implicated a convicted rapist named Leon Davis.

The state of Virginia released Haynesworth, now 46, yesterday. He's a free man but the courts still have to clear his name.

Virginia's Attorney General Ken Cuccinelli said in a statement that he supported Haynesworth and wanted not just to free him but to clear his name.

"I believe in Mr. Haynesworth's innocence," Cuccinelli said. "And I will continue to work toward a complete vindication."

The Washington Post caught up with Haynesworth, yesterday, at his home in Richmond, Va. They report that he spoke on a cellphone for the first time in his life; he ate Chinese takeout and fried rice and he met his two nieces:

Haynesworth has never googled, used an ATM or traveled on an airplane. He doesn't have a driver's license. During nearly three decades behind bars, he was told when to eat, exercise and go to bed. He said he's ready to catch up with a world he knows only from television and books.

But for starters, he craves simple things. He wants to sit on a porch, reconnect with old friends and enjoy some of his mother's fried trout.

"It's been a long journey," Haynesworth said. "I just want to reflect and sit down and talk to my momma and eat a meal with her."