Accessibility links
America's 'Oldest' Wild Bird Survived Tsunami That Hit Midway Atoll : The Two-Way Wisdom, an albatross who is at least 60 years old, has been found safe and sound. Thousands of other albatrosses did not survive. 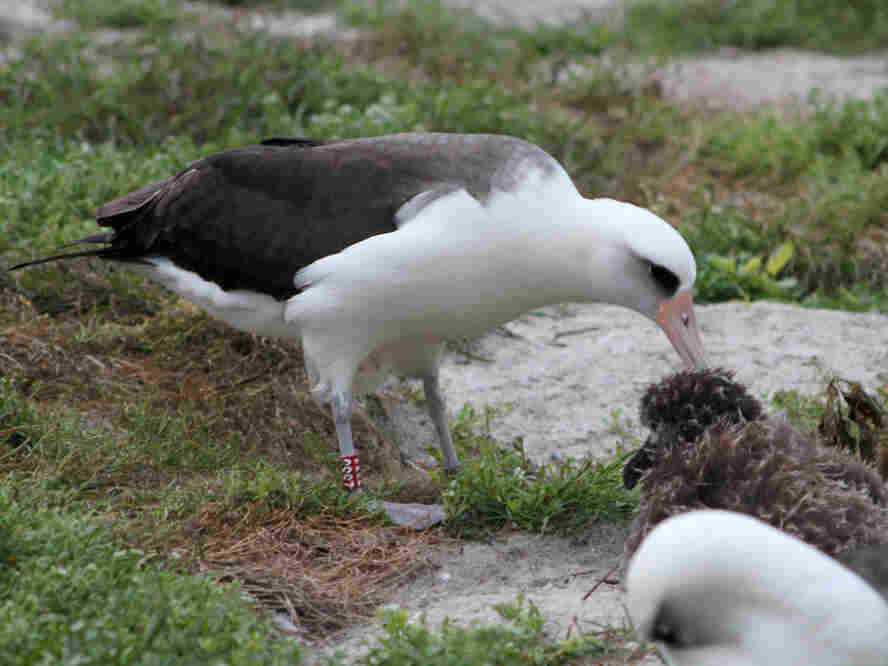 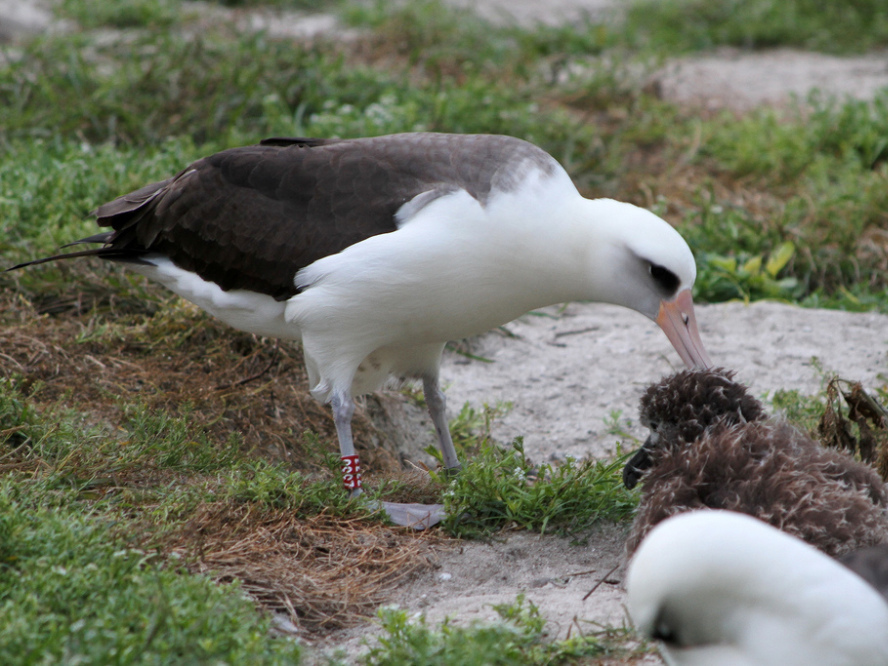 Word is spreading that Wisdom, "America's oldest free-flying bird," survived the tsunami that roared east from Japan on March 11 and sent a 5-foot tidal wave crashing into the Midway Atoll National Wildlife Refuge where she lives.

The U.S. Fish & Wildlife Service announced this week that

"In the face of tremendous losses of Laysan and black-footed albatross at the Refuge — including an estimated 110,000 chicks and 2,000 adults — to the tsunami that overwashed portions of the Refuge, biologists are thrilled to discover that Wisdom survived, said Barry Stieglitz, Project Leader for the Hawaiian and Pacific Islands National Wildlife Refuge Complex."

Wisdom, as The Associated Press has previously reported, is at least 60 years old. The wire service says that "a U.S. Geological Survey scientist first banded the seabird as she incubated an egg in 1956. She was estimated to be at least 5 years old at the time." Wisdom has raised at least 30 chicks. No other bird that has been banded by U.S. or Canadian wildlife agencies is older — hence her claim to fame.

The "average life span" of a Laysan albatross is 12 to 40 years, the Midway Atoll refuge says. The World Wildlife Federation says albatrosses can live "up to 60 years," which means Wisdom is a rarity.