Accessibility links
Jimmy Wong Wants To Give Alexandra Wallace 'A Big Hug' : The Two-Way "I would like to tell her that I totally forgive her and I would love to meet for coffee," says the creator of The Asians in the Library Song video about the young woman who posted a racist rant that also went viral.

Jimmy Wong Wants To Give Alexandra Wallace 'A Big Hug'

If you haven't heard about the anti-Asian video rant that exploded on to the Web, only to be followed by one of the best video responses you'll ever imagine, then our headline probably doesn't mean anything to you. 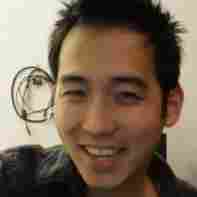 Trust us, the story is well worth checking out, as Dave Pell did over at the All Tech Considered blog earlier this week.

Here's the short version: UCLA student Alexandra Wallace posted a three-minute video about Asian students at her school. It was racist. It went viral. Then 24-year-old Jimmy Wong posted a 4-minute video song in which he used humor — barbed at some points, but not mean — to set Alexandra straight. His The Asians in the Library Song went viral.

Meanwhile, Alexandra started to get death threats. She dropped out of school last Friday.

Today, All Things Considered host Melissa Block talked with Jimmy. Has he heard from Alexandra?

"I really wish that I would just get a call one day from an L.A. area code ... and it would be her," he said. "I would love to meet her for coffee and give her a big hug."

"We all make mistakes," Jimmy continued. And "if all you hear ... are death threats [then] you're not going to change."

As he did with his video, Jimmy just showed us all something about how to act with grace and humor.

His conversation with Melissa is due on today's edition of ATC and the as-broadcast version will be posted here later. To find an NPR station that broadcasts or streams the show, click here.

And if you haven't seen Jimmy's video yet, here it is.