Accessibility links
In Canada, Prime Minister's Government Falls : The Two-Way New elections will be held in six weeks. The Conservative government fell after a no-confidence vote in the House of Commons. Lawmakers were upset by the government's failure to release some information about the costs of fighter jets and crime laws. 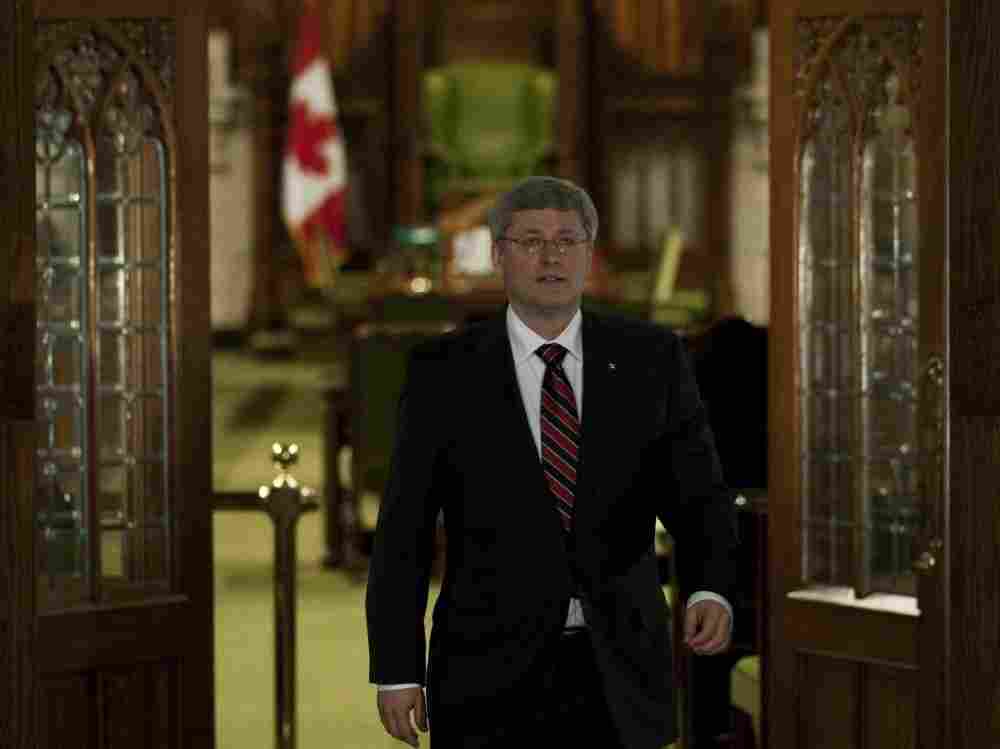 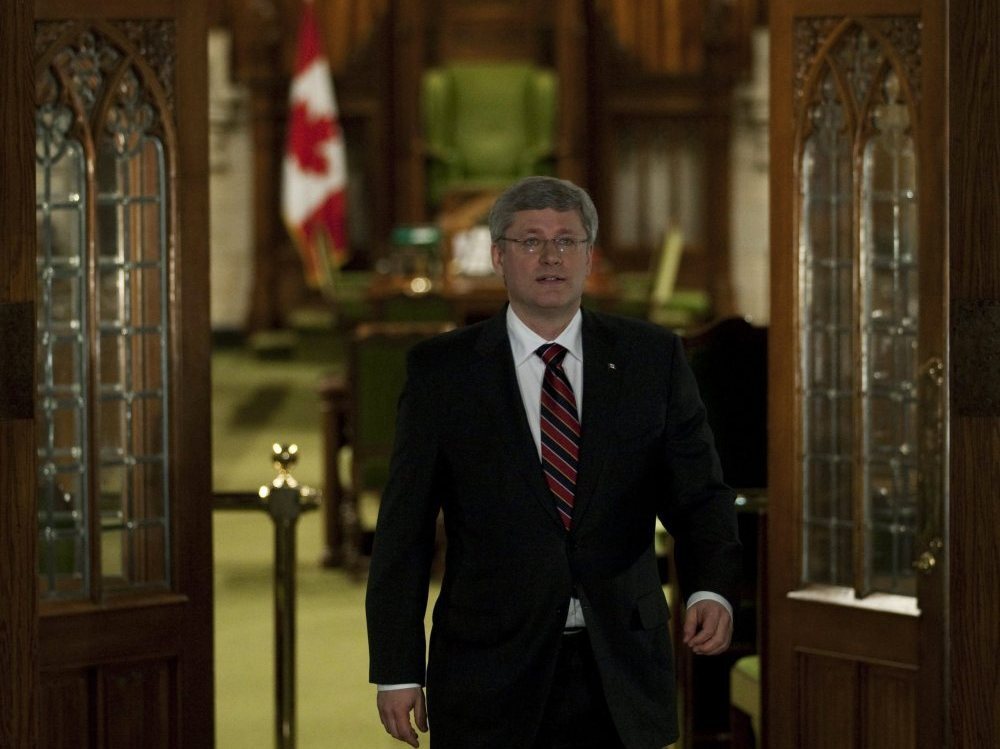 Prime Minister Stephen Harper outside the House of Commons in Ottawa on Wednesday (March 23, 2011).

The Ottawa Sun writes: "Get ready for an election. the federal government has been toppled. ... The final vote on the Liberal motion declaring the Commons had lost confidence in the government was 156 for and 145 against."

Toronto's Globe and Mail calls it an "historic Commons showdown." At the center of the story:

"This week, the opposition-dominated procedure and House affairs committee found the government to be in contempt for failing to release information related to the costs of crime legislation and the purchase of stealth fighter jets."

The election will be held in about six weeks.

The Globe and Mail explains here how the process works. After a no-confidence vote:

"The Prime Minister visits the Governor-General — currently David Johnston — to say that Parliament has lost confidence in his government. Only five Canadian governments have lost a confidence vote: Arthur Meighen's in 1926, John Diefenbaker's in 1963, Pierre Trudeau's in 1974, Joe Clark's in 1979 and Paul Martin's in 2005. Only a minority government usually loses a confidence vote, because it doesn't control a majority of seats.

"The Prime Minister then requests the Governor-General dissolve Parliament, so voters can elect a new Parliament."