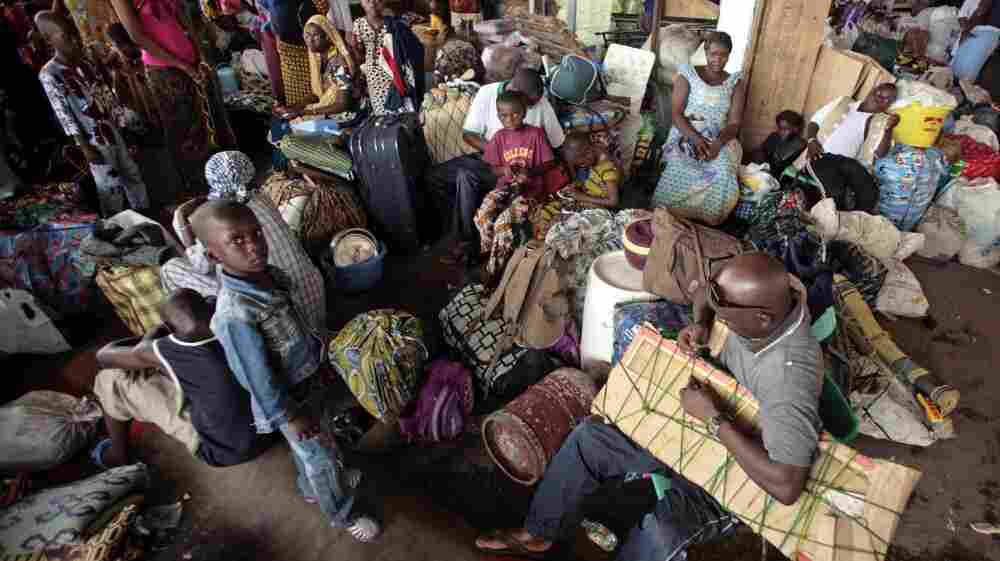 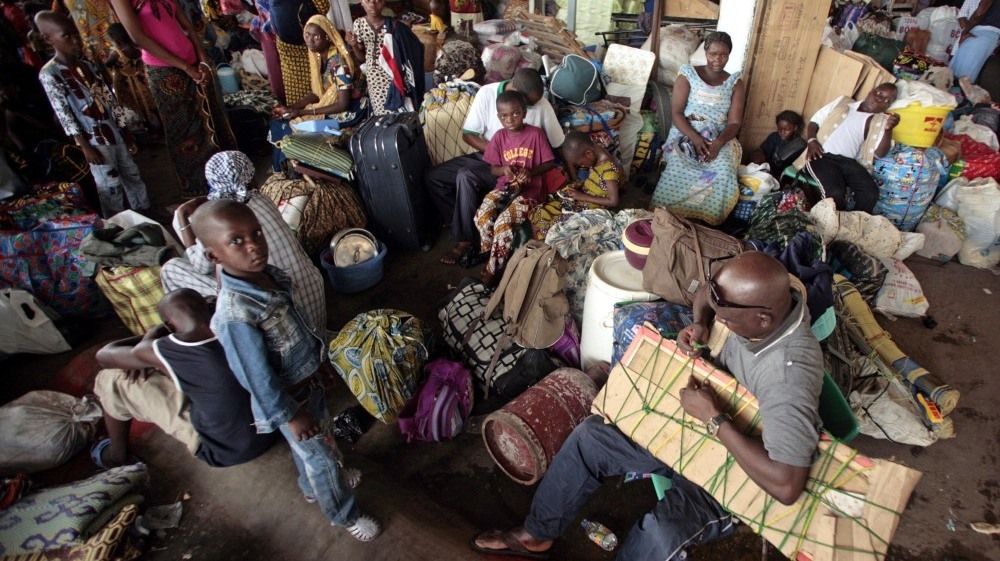 The UN's principal policy-making panel voted 15-0 to adopt a resolution that condemns Gbagbo's refusal to accept to the African Union's declaration that Alassane Ouattara is the lawful winner of the Nov. 28 presidential election. The text, drafted by France and Nigeria, demands an immediate end to attacks on civilians, calls on UN peacekeepers to "use all necessary means" to protect them, and tells security forces to recognize Ouattara's authority.

Ofeibea adds that "the fall of Yamoussoukro, with apparently no resistance, is a major symbolic blow to Laurent Gbagbo, who has refused to leave office since last year's election."

And while "Gbagbo's camp appears determined to defend Abidjan," Ofeibea says, "he is rapidly losing his grip on other parts of Ivory Coast. In just 48 hours, Ouattara's forces have captured strategic towns in the west and in the east, and are now heading south towards the world's top cocoa-exporting seaport of San Pedro."

"Fighters supporting Ivory Coast's internationally recognized leader reached the capital [Yamoussoukro] Wednesday after seizing a dozen towns this week alone in a bid to install him in office after months of political chaos caused when two men claimed the presidency," The Associated Press says. "Alassane Ouattara's military spokesman confirmed that his forces had entered the capital of Yamoussoukro but said that pockets of resistance still existed."

Update at 11:05 a.m. ET. Gbagbo Calls For Truce: The AP reports a spokesman for Laurent Gbagbo is calling for a cease-fire and mediation. Ouattara's top diplomat to France rejected the demand, saying Gbagbo has refused all earlier chances to leave power. Earlier this month, Gbagbo urged all Ivorian civilians to help his security forces 'neutralize' suspected rebels.

The Guardian reports fighters loyal to Ivory Coast leader Alassane Ouattara have captured two more towns as they advance toward Yamoussoukro, the capital. The main city isn't as big as the commercial capital, Abijan, but it's a symbolic victory.

Ouattara's representative to the UN, Youssoufou Bamba, claimed Gbagbo is carrying out a plan of ethnic cleansing and genocide. Bamba is urging the Security Council to strengthen the role of UN peacekeepers in his country.