Accessibility links
Obama's Goal: Cut Oil Imports By One-Third : The Two-Way The president released what he says is a "blueprint for a secure energy future." Republicans say Obama and his fellow Democrats aren't moving fast enough to tap oil and other resources that are already available. 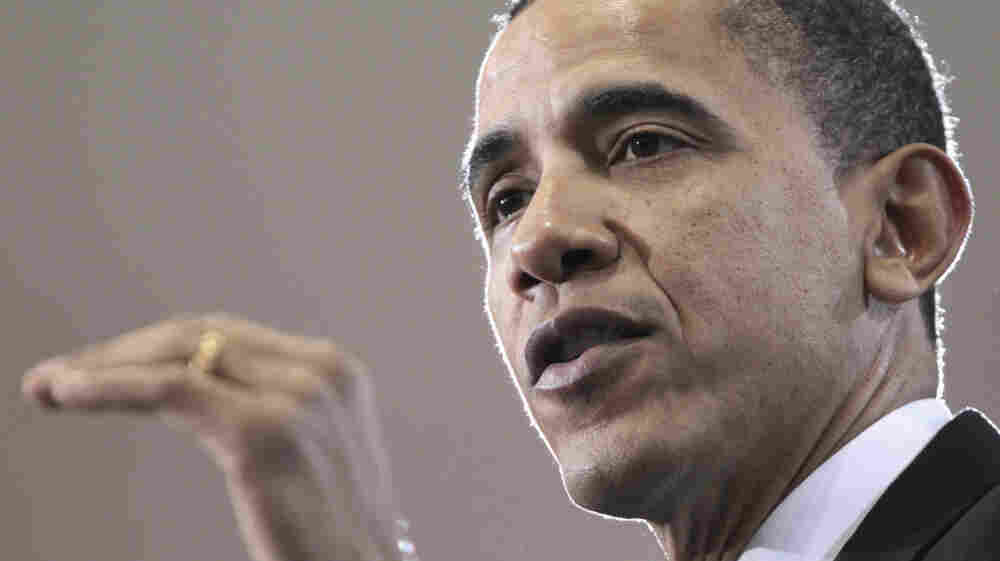 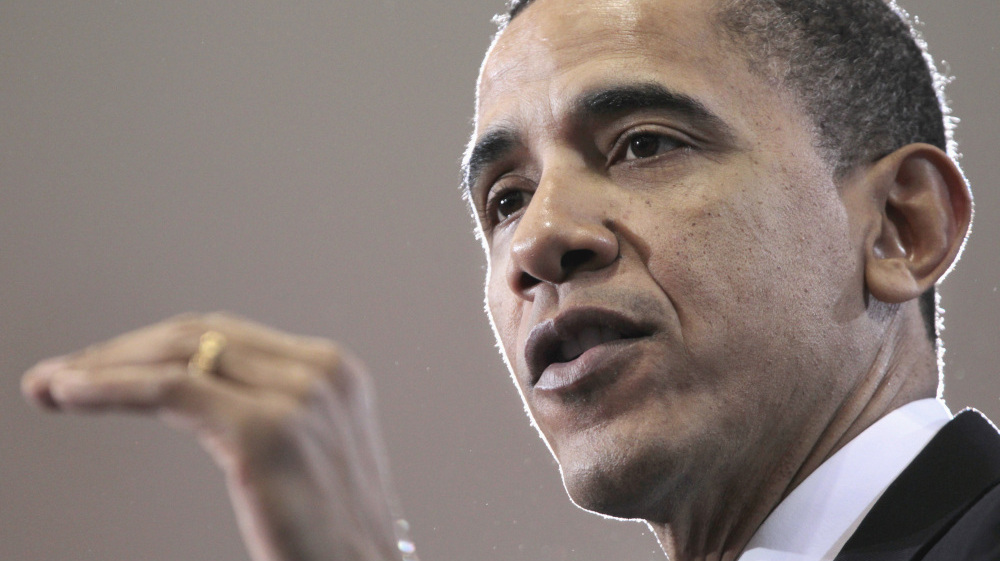 Speaking at Georgetown University, President Obama just said that he is setting a new goal: "one that is reasonable, one that is achievable, and one that is necessary." The goal: reducing the nation's oil imports by one third in a little more than a decade.

"It is time to do what we can to secure our energy future," the president said.

"We will keep on being a victim to shifts in the oil market until we finally get serious about a long-term policy for secure, affordable energy," Obama also said.

How would he do it? By tapping "one critical, renewable resource ... American ingenuity," Obama said. And, he added, "meeting this new goal of cutting our oil dependence depends largely on two things: finding and producing more oil at home, and reducing our dependence on oil with cleaner alternative fuels and greater efficiency."

Still, as The Associated Press writes:

"Even if U.S. consumption of oil drops, it will have little if any impact on gasoline prices, since oil is priced globally and increased demand from China and other developing nations continues to push prices up.

"Republicans put the blame for the increased costs on Obama's policies, pointing to the slow pace of issuing permits for new offshore oil wells in the wake of last summer's massive Gulf of Mexico spill and an Obama-imposed moratorium on new deep-water exploration. GOP leaders have also assailed the president for saying last week in Latin America that he wanted the U.S. to be a 'major customer' for the huge oil reserves Brazil recently discovered off its coast.

" 'The problem isn't that we need to look elsewhere for our energy. The problem is that Democrats don't want us to use the energy we have. It's enough to make you wonder whether anybody in the White House has driven by a gas station lately,' Senate Minority Leader Mitch McConnell, R-Ky., said Wednesday."

Here is the president's speech, as it was prepared for delivery (it's not a word-for-word transcript because he has added or changed some lines and words here and there during the address). Click on the title to make it pop up into a more readable size: