Accessibility links
Whale Connected To Three Deaths Makes Comeback At SeaWorld : The Two-Way Tilukum, the 12,000-pound whale, performed to a packed stadium for the first time since it drowned its trainer a year ago. 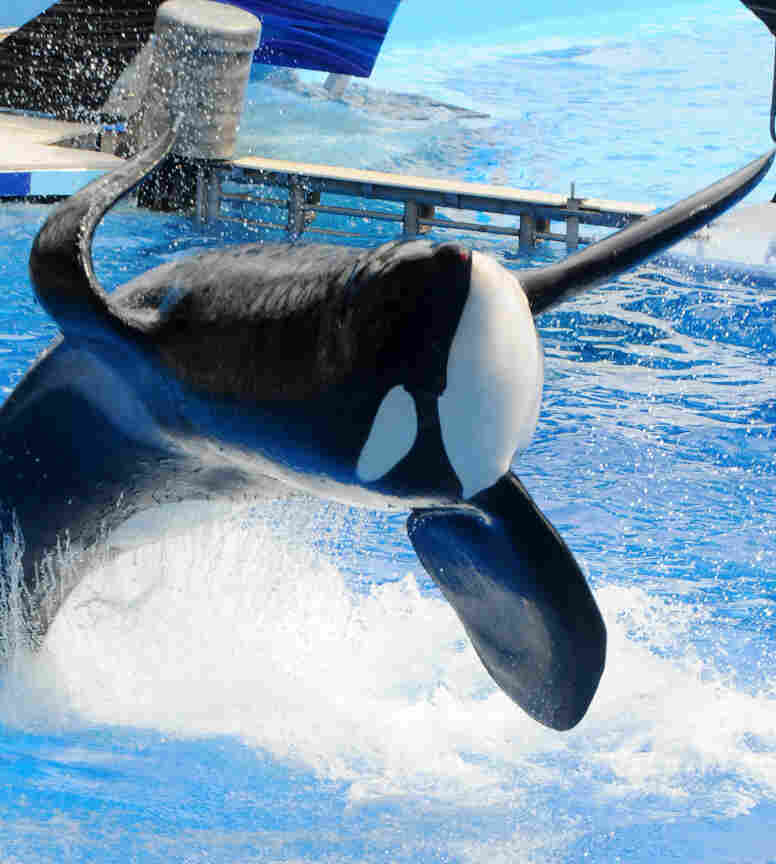 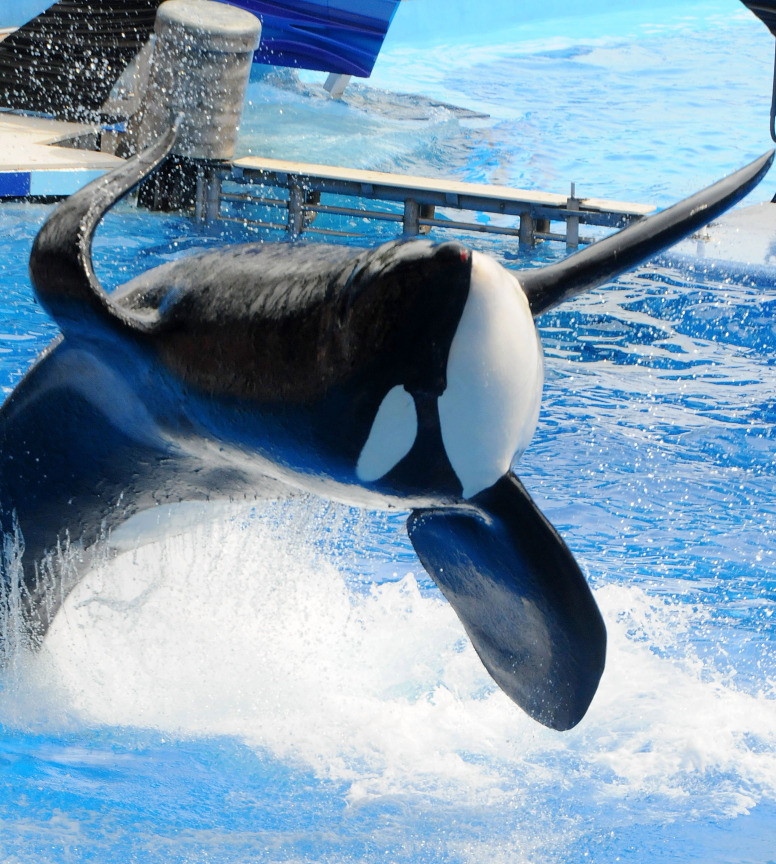 Killer whale "Tilikum" appears during its performance in the show "Believe" at Sea World Orlando.

Tilikum, the orca responsible for the death of its trainer in SeaWorld Orlando a year ago, returned to performing today. Back in February of 2010, Tilikum jumped out of the water, took hold of its trainer Dawn Brancheau, pulled her under water and violently shook her until she died.

The Orlando Sentinel reports that Tilikum was back today for a show called "Believe." The 12,000-pound whale was seen by a packed stadium for the 11:30 a.m. show but was not mentioned by name:

Traditionally, the whales are not identified and perform under the stage name of "Shamu," a symbol of the theme park.

Trainers have not been allowed in the water with any of SeaWorld's whales since Brancheau's death.

In a statement released by SeaWorld, Animal Training Curator Kelly Flaherty Clark said that participating in shows is important for Tilikum.

"We feel it is an important component of his physical, social and mental enrichment," said Clark via the Miami New Times. "He has been regularly interacting with his trainers and the other whales for purposes of training, exercise and social and mental stimulation, and has enjoyed access to all of the pools in the Shamu Stadium complex."

As we reported at the time, Tilikum has been implicated in two other deaths. In 1991, a trainer fell into a tank holding Tilikum and two other whales, and a homicide inquest found the whales had prevented the trainer from surfacing.

Back in August, the Occupational Safety and Health Administration fined SeaWorld of Florida $75,000 for the attack on Brancheau. OSHA suggested that trainers should not have contact with Tilikum.

ABC News reports that The Humane Society of America is concerned that Sea World is more focused on the show than on the whale's "well being or trainer safety."

In response, SeaWorld officials say they are building fast rising false bottom floors capable of lifting whales and trainers out of the water in an emergency.

At the park, many visitors seemed less interested in safety.

"That's a chance that you take when you go and see an animal show whether it's whales, it's a lion, it's a snake, you take a chance seeing something horrible happen to a human being," Merly Carvalho said.