U.S. Birth Rate Drops; Do We Blame Recession Or Abstinence?

U.S. Birth Rate Drops; Do We Blame Recession Or Abstinence? 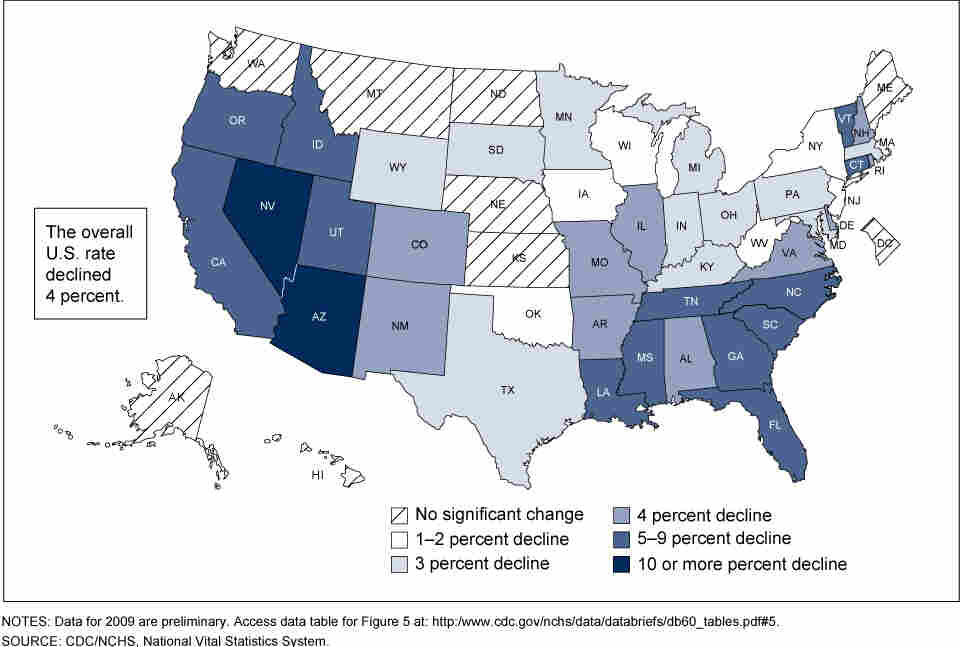 A map shows birth rates in America by state, from 2007 to 2009. National Center for Health Statistics hide caption 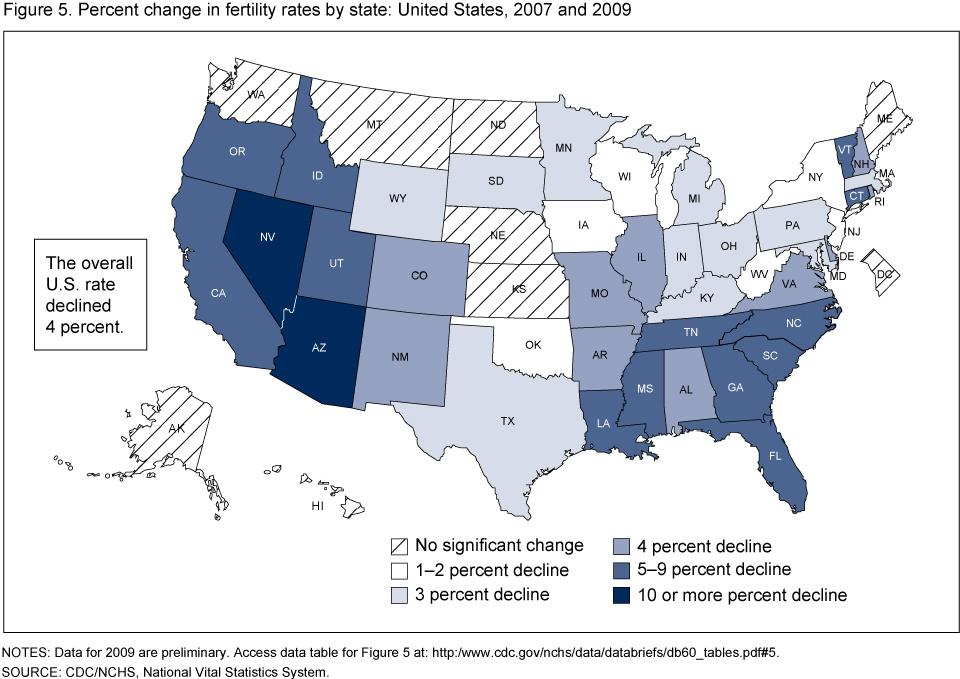 The national birth rate fell 4 percent between 2007 and 2009 — more than it had in any two-year period in the past 30 years. With a national average of 66.7 births per 1,000 women between the ages of 15 and 44, nearly every demographic group had lower birth rates, with the sole exception being women over 40.

By age, the largest decline was 9 percent, among women between 20 and 24. Fertility rates among Hispanic women also dropped by 9 percent.

The report by the National Center for Health Statistics, a division of the CDC, found that the largest birth-rate declines were in states in the West and Southeast. But fertility rates fell or remained static in every U.S. state and the District of Columbia.

Some researchers are blaming the lower fertility rate on the recession — and the overall pattern of the map above certainly echoes RealtyTrac's foreclosure map.

But another study that came out this week offers another perspective.

Research based on interviews with 17,000 college students shows that more college students are now reporting that they are virgins — even as the practice of hooking up for short-term flings or one-night stands has also increased.

According to USA Today, the study's author, Stanford University sociologist Paula England, found that "72 percent of both sexes reported having at least one hookup, with the average of 9.7 for men and 7.1 for women. Just under one-quarter (24 percent) of seniors say they are virgins."

But a college professor suggests that maybe virtual sex is competing with the real thing — and winning.

Jayson quotes Iowa State University sociologist Teresa Downing-Matibag as saying, "They can go to those websites and have sexual relationships watching a webcam. They can still be a virgin and have 100 different partners online through chat rooms or webcams."

If you're wondering what the fertility rate was among teenage women, data from the NCHS shows that for women from 15-19 years old, the birth rate fell 8 percent, to 39.1 babies per 1,000 women.