Accessibility links
Colleges, Universities Told To Do More To Prevent Sexual Assaults : The Two-Way And in guidance being announced by Vice President Biden today, schools are being told they must investigate such cases in a timely manner. The announcement follows problems uncovered in an investigation by NPR and the Center for Public Integrity.

The Obama administration today tells colleges and universities that they need to do a better job preventing sexual assault and then investigating when an assault is alleged.

The action responds to problems that were uncovered last year in an investigation done by NPR in collaboration with the Center for Public Integrity, an online investigative journalism organization. 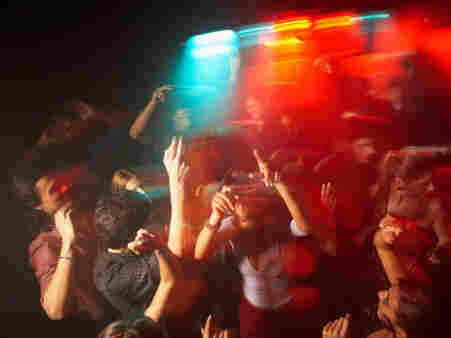 The guidance from the department of education does not create new laws or regulations, but tries to clarify issues that college administrators said had caused confusion and, according to NPR's investigation, often left victims of sexual violence feeling they got little protection.

The NPR investigation found that colleges almost never expel men who are found responsible for sexual assault and that often, as a result, it is the victim who drops out of school. The guidance explains the responsibility of schools under Title IX, a civil rights law best known for requiring equality in men's and women's sports, but which also says schools have a responsibility to end sexual harassment, including sexual assault.

Among the points in the administration's letter to school administrators:

-- Schools should use a "preponderance of evidence" standard to determine whether another student is responsible for an assault. That means that if it's more than likely that sexual violence occurred, there should be punishment. Some schools have used a much higher standard, including the "clear and convincing evidence" standard used in criminal court proceedings.

-- When a woman brings a complaint that she was a victim of assault, a school cannot punish her for using alcohol or drugs. In most allegations of sexual assault, alcohol is involved. Laws in every state say when a woman is drunk to the point of passing out, she can't give consent. But some women have complained that when they went to school administrators to say they'd been sexually assaulted, they ended up getting punished for breaking school rules on drinking or using drugs.

-- Schools must fully inform a person who brings a complaint of her or his (men are victims in about 6 percent of assault cases, according to federal officials) rights to an investigation and then they must be told the outcome of the investigation. Some schools thought they could not tell the victim the result of an investigation because it would violate the privacy of the alleged perpetrator.

-- Even if a student is said to have assaulted another student in off-campus housing, the school must investigate.

-- Schools must investigate in a timely manner. Some schools told women they could not get involved until after local police completed a criminal investigation. That often left a woman on campus — and even in the same dormitory or classrooms — with the man she said had assaulted her.

Vice President Joe Biden and Education Secretary Arne Duncan are announcing the administration's new effort on a visit to the University of New Hampshire in Durham, N.H. That school has been a leader in using "bystander education." That's an attempt to stop sexual violence by teaching all students — men and women --that they have a responsibility to step in and try to stop something they see that could lead to sexual assault — such as stopping a friend who says he's going to get a girl drunk at a party. Posters on campus buses and role playing exercises teach students what they can do.

In a separate action, on Friday the Department of Education's Office for Civil Rights — the office that issued the new guidance and that has responsibility for preventing sexual harassment in schools — announced that it is launching an investigation of complaints at Yale University.

A group of 16 students and a graduate complained to the federal agency that the university had failed to take adequate action after several sexual assaults and incidents of harassment. The federal office can order schools to improve their disciplinary procedures and, in some cases, force schools to pay fines.