Accessibility links
Gen. Petraeus Being 'Seriously Considered' To Head CIA : The Two-Way Several sources, including government officials, say that when Defense Secretary Robert Gates steps down later this year it's possible that CIA Director Leon Panetta will move to the Pentagon. Then Petraeus might take over the CIA. 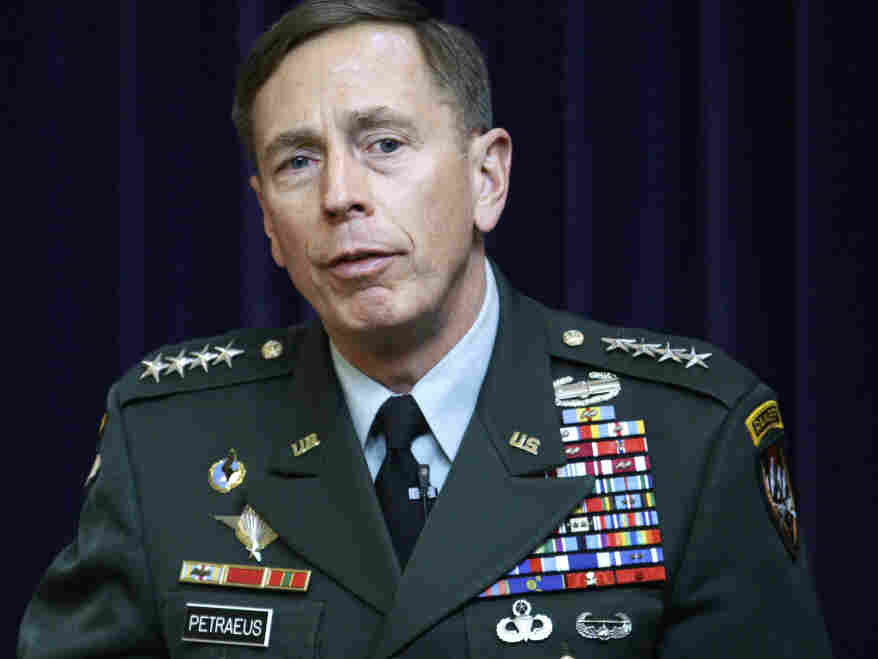 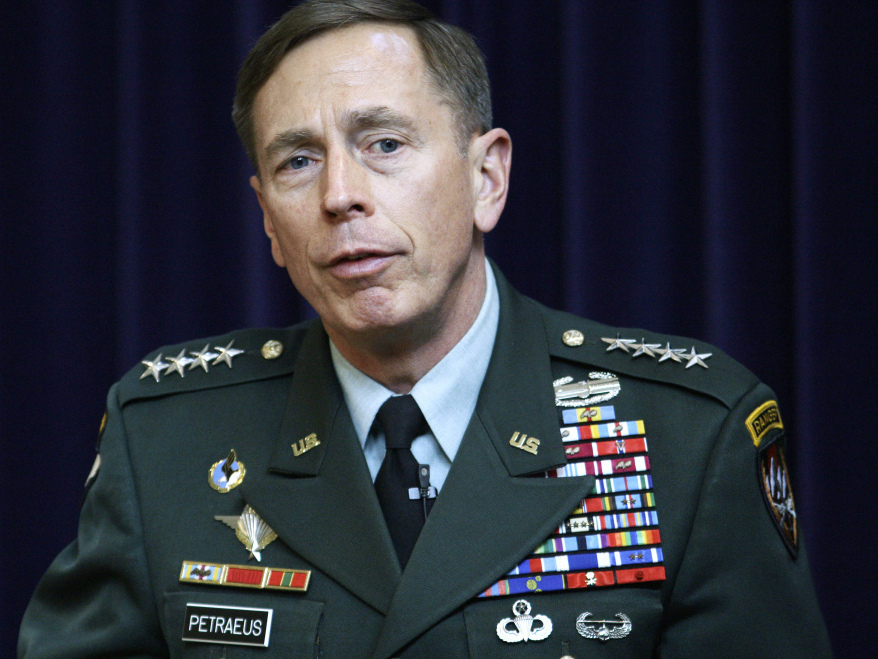 General David Petraeus, commander of U.S. forces in Afghanistan, is expected to leave that job by early fall. And the question has been, where does he go from there?

Several sources, including government officials, say Petraeus is being seriously considered for CIA director, and would take the job if offered.

The current spy chief, Leon Panetta, is currently seen as the top replacement for Defense Secretary Robert Gates, who says he will step down this year.

White House and Pentagon officials say they will not comment on any personnel changes.

For some time, there was an expectation that Petraeus would take the top NATO military job in Brussels. NATO's current supreme commander, U.S. Adm. James Stavridis, is wrapping up his tour and is expected to become the Navy's next top officer, chief of naval operations.

Sources say Petraeus has cooled on the Brussels job. And there are few high profile military jobs left for him.

The Army chief of staff job has already gone to Gen. Martin Dempsey. And there is little indication that Petraeus is being considered for the top military job in the Pentagon, chairman of the Joint Chiefs of Staff.

Sources say that the current No. 2 Pentagon officer, Marine Gen. James "Hoss" Cartwright, will be nominated for the top job when Adm. Mike Mullen leaves the post in September.

Cartwright was reported to be Obama's "favorite general" in journalist Bob Woodward's book, Obama's Wars. Stavridis is also considered a possible Joint Chiefs chairman. Some close to Petraeus were surprised that a man they described as "the best general of his generation" was not under consideration for that top Pentagon job.

But Petraeus also has his detractors. He's seen as overly ambitious and too political by some of his peers, earning him the nickname "King David."

Putting a senior officer in charge of CIA is not unusual. Panetta's predecessor was retired Air Force Gen. Michael Hayden. And there have been admirals and generals running the spy agency since its beginnings more than 60 years ago. Among the early directors was Walter Bedell Smith, one of then-Gen. Dwight Eisenhower's top aides in World War II.

Petraeus has coordinated with the CIA in his job as commander in Iraq and Afghanistan. And CIA drone strikes have been stepped up in neighboring Pakistan since the early days of the Obama administration.

While it's not certain that Petraeus will get any new job in the administration, NPR reported several weeks ago that his replacement in Afghanistan is expected to be Marine Lt. Gen. John Allen, who is currently the deputy commanding officer of U.S. Central Command, which covers both Iraq and Afghanistan.

Allen gained fame within military circles for his work in Iraq's Anbar Province. He was among the key players in what became known as "The Sunni Awakening." The Americans encouraged the Sunni tribes to turn against al-Qaida and support the Iraqi government. It turned out to be a success and helped drive down the violence in Iraq.

No final decisions have been made on Petraeus's replacement. But sources say Allen was the top pick of the CentCom commander, Marine Gen. James Mattis — as well as Petraeus.