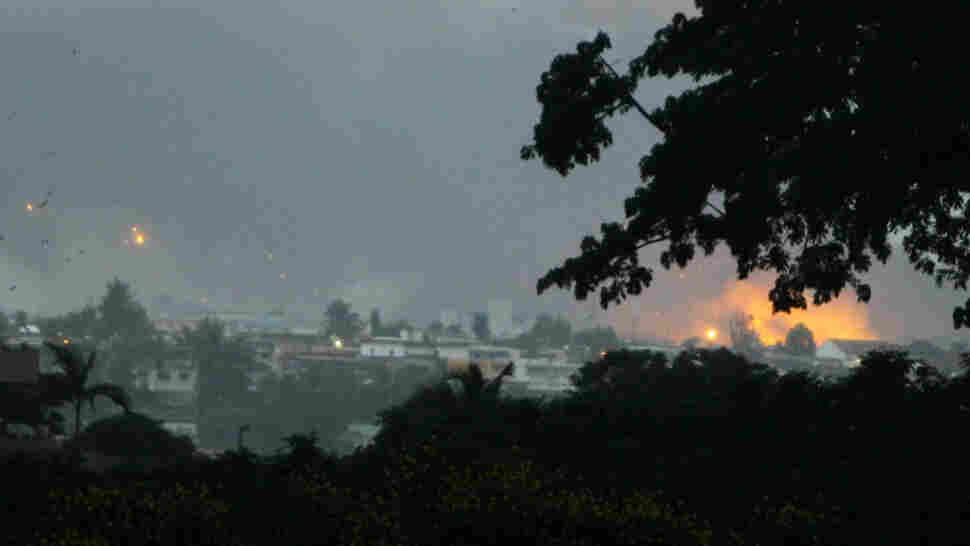 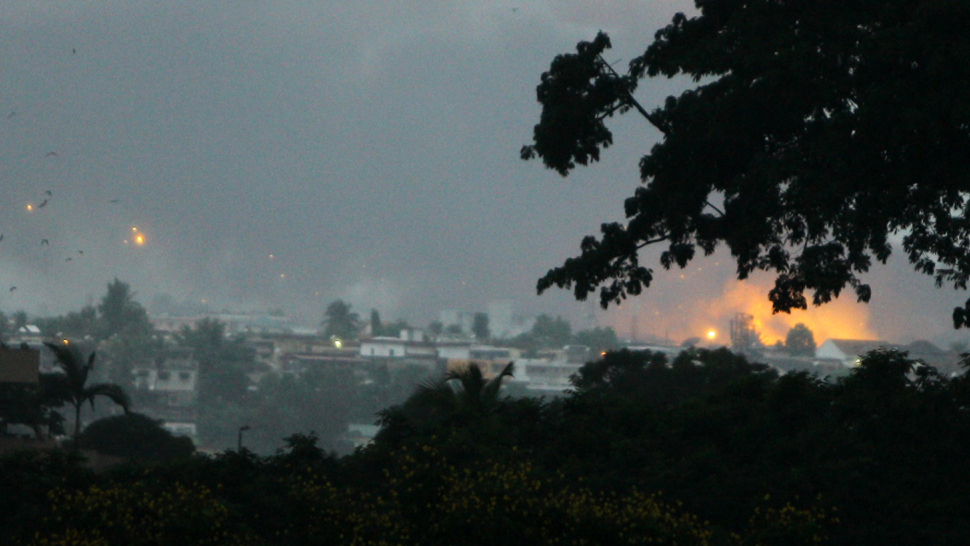 Fire and smoke billows from the Akouedo military camp in Abidjan on April 4.

The strikes came as fighters backing Mr Gbagbo's rival Alassane Ouattara stepped up their attempts to take control of the main city, Abidjan.

The Guardian reports that Hamadoun Toure, spokesman for the UN mission in Ivory Coast, told them in an e-mail that the attacks were launched in order to "neutralize" the heavy weapons Gbagbo has been using against civilians. The Guardian adds:

President Nicolas Sarkozy's office said that French troops had been authorised to participate in the UN attack after a request for help from the UN secretary general, Ban Ki-moon.

The attack came as forces loyal to Alassane Ouattara, widely recognised as the winner of last year's election, entered Abidjan for what they claimed is a final offensive to topple Gbagbo.

A Gbagbo spokesman based in Paris told the BBC the strikes were "illegal, illegitimate and unacceptable."

The AFP reports that UN Secretary General Ban Ki-moon said the attacks did not mean the UN had taken sides in the conflict:

"Let me emphasize that UNOCI is not a party to the conflict," Ban said in a statement. "In line with its Security Council mandate, the mission has taken this action in self defense and to protect civilians."