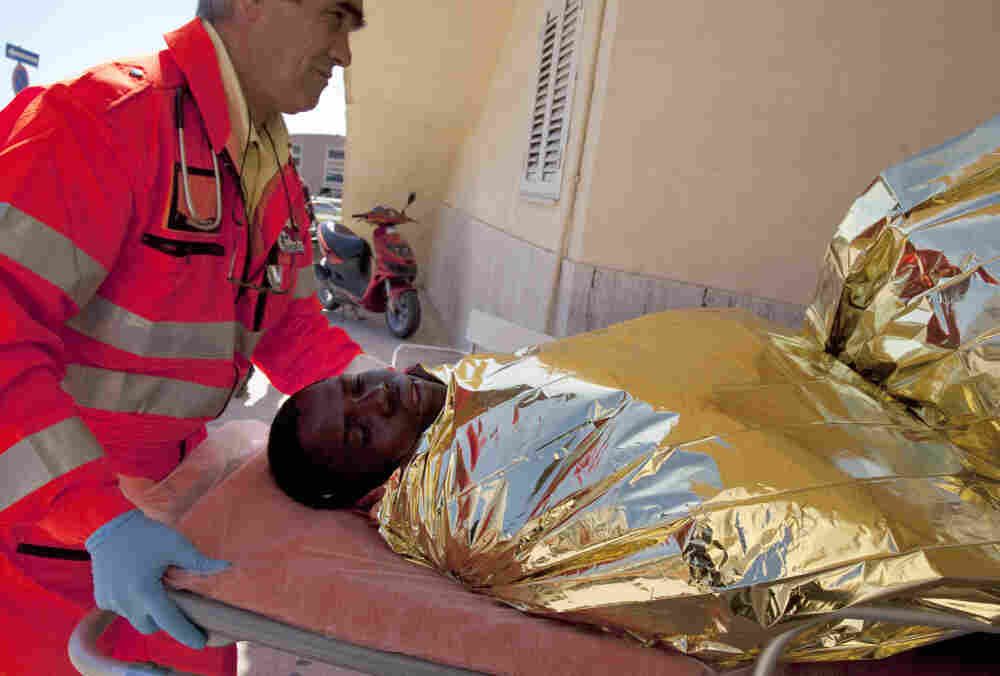 A man is carried on a stretcher upon his arrival in Lampedusa. Italian coast guard officials were trying Wednesday to rescue migrants lost at sea after their boat capsized off the coast of Lampedusa. Giorgos Moutafis/AP hide caption 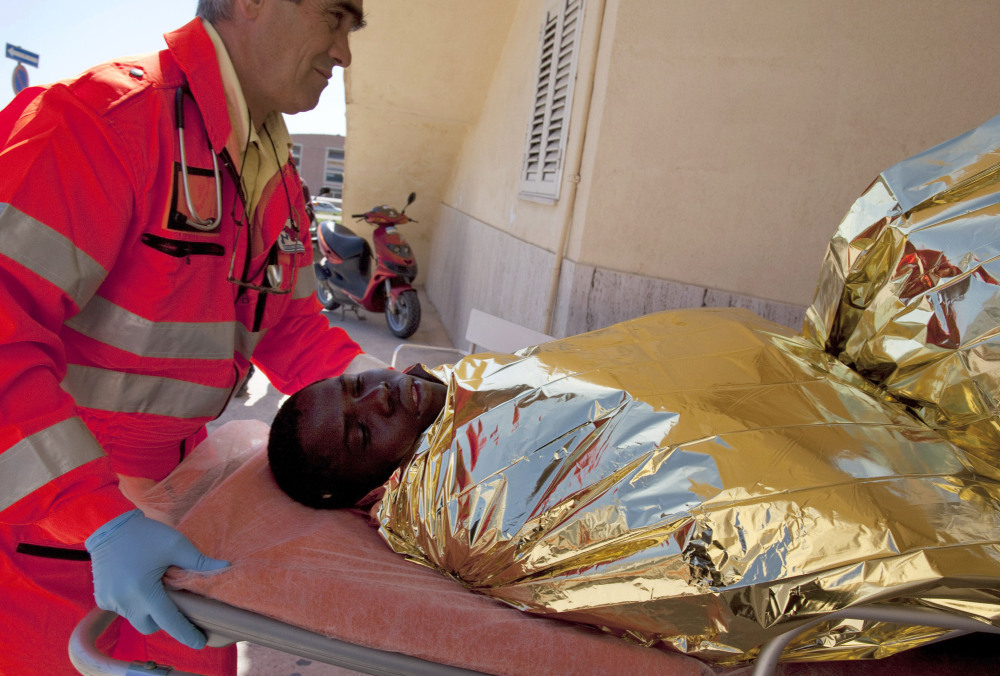 A man is carried on a stretcher upon his arrival in Lampedusa. Italian coast guard officials were trying Wednesday to rescue migrants lost at sea after their boat capsized off the coast of Lampedusa.

Italian rescue crews are searching for about 130 migrants who went missing in the Mediterranean after their boat capsized near the Italian island of Lampedusa.

Italian rescue vessels and a helicopter saved 48 refugees from the boat, which had been carrying about 200 people.

Twenty bodies were found at the scene, some 70km (40 miles) from Lampedusa, which has struggled to cope with migrants from north Africa.

Officials said the boat left two days ago from Zuwara in western Libya.

Many of the migrants were nationals from Somalia and Eritrea and many are thought to have drowned in the rough waters, reports the Wall Street Journal. The paper notes that this latest incident underscores the problem Italy has had controlling the flow of immigrants since the unrest started in North Africa. As we reported last week, Italian Prime Minister Silvio Berlusconi stopped by the island and promised to remove the immigrants within days.

The Wall Street Journal adds that, today, Italy and the interim government of Tunisia reached a deal that would stem the flow of migrants:

It is unclear, however, how the accord will be enforced. The statement didn't provide any details on the thorniest issues in the crisis, such as whether Italy will provide forces to patrol the waters off Tunisia and whether Tunisia will accept large numbers of recent migrants that Italy is seeking to expel. Some 20,000 migrants have landed on Italian shores since the unrest began late last year.