Accessibility links
GE Unveils Plans To Build Largest Solar Panel Factory In U.S. : The Two-Way General Electric plans to produce panels made from thin layers of cadmium telluride, and analysts predict this is the beginning of investments in solar energy by the big players. 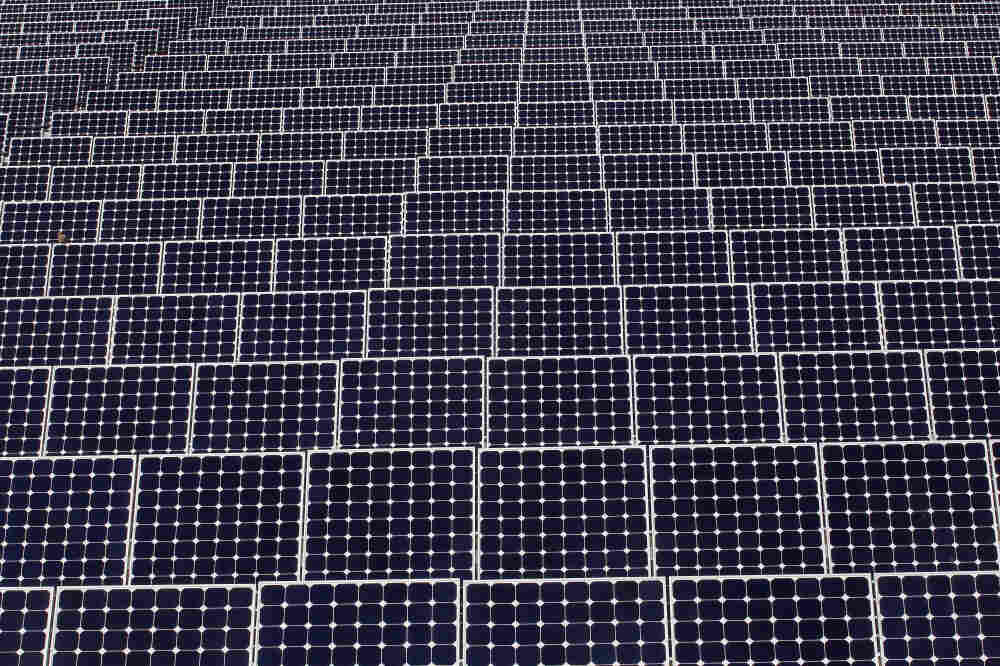 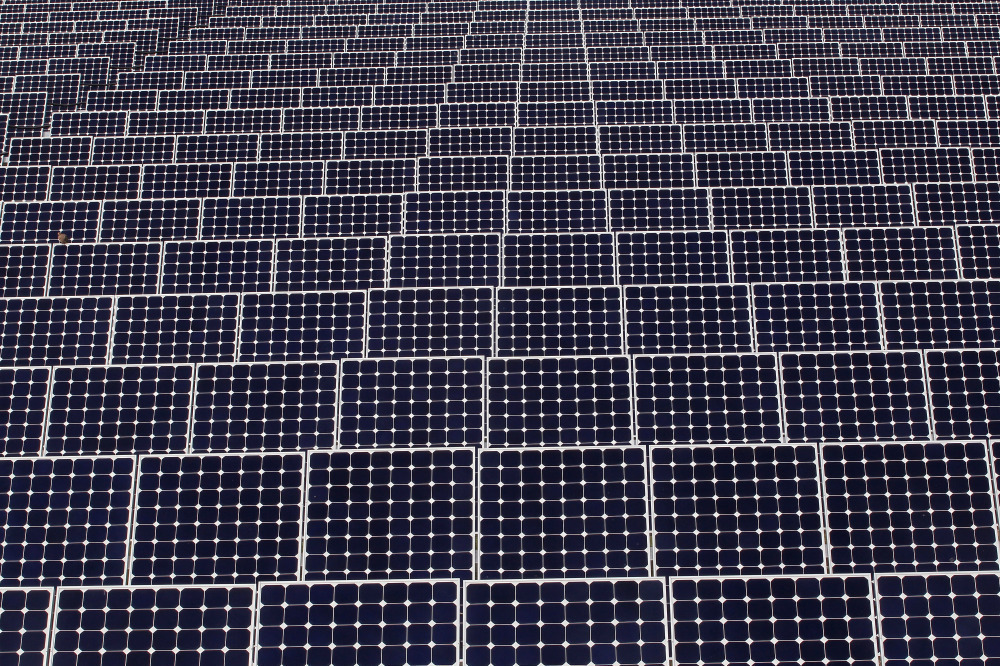 A 10-megawatt facility of solar photovoltaic panels in Chicago.

GE, based in Fairfield, Conn., will pick a site for the factory within the next three months or so, Abate said in an interview.

The plant will employ 400 people when it opens in 2013 and produce thin-film solar panels sufficient to generate 400 megawatts of electricity annually, or enough to power 80,000 homes a year.

The venture will cost GE $600 million, reports Forbes. But that includes the acquisition of PrimeStar Solar of Arvada Colo. Forbes reports GE plans to produce panels made from thin layers of cadmium telluride, which would put GE in head-to-head competition with First Solar Inc., the largest maker of that kind of solar panels:

The attraction of cadmium telluride thin-film solar is its lower cost. It does not use any silicon. First Solar's production costs are around 80 cents a watt; traditional silicon solar panels are being produced by Chinese manufacturer for about $1.20 a watt. GE's Abate wouldn't say what the company's production cost goal will be. He does expect the efficiency of its solar panels to be even higher than 12.8% by the time the factory opens in 2013, noting that as efficiencies increase, systemwide costs drop.

The Wall Street Journal reports the move is just the start of heavy investments in solar technology by the big corporate players:

"There's no way to not look at this as a severe competitive threat," said Aaron Chew, an analyst at Hapoalim Securities in New York.

"The big boys are entering the space and it doesn't bode well for the smaller players," Chew said.

GE has not decided where the factory will be based.