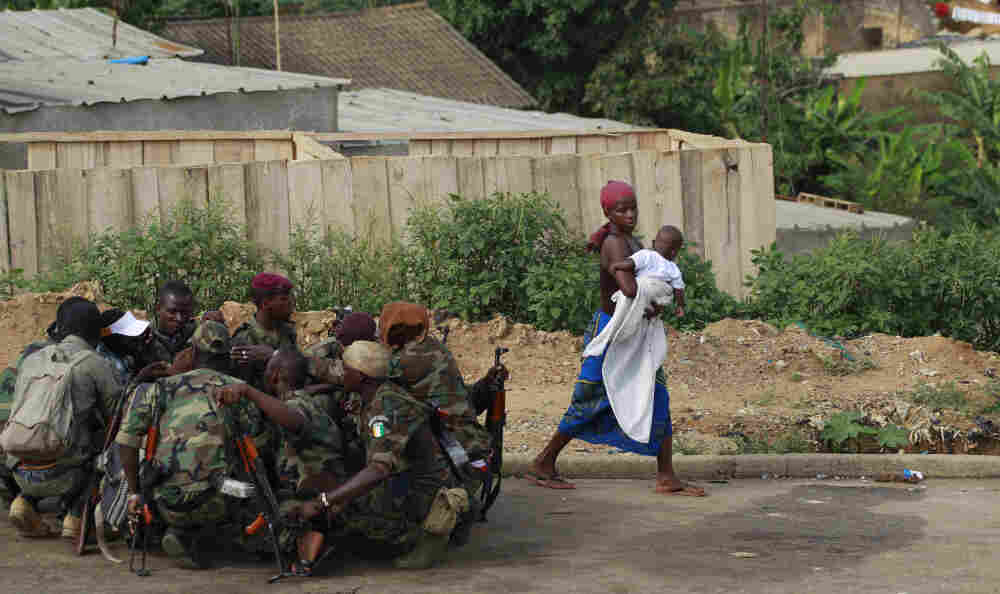 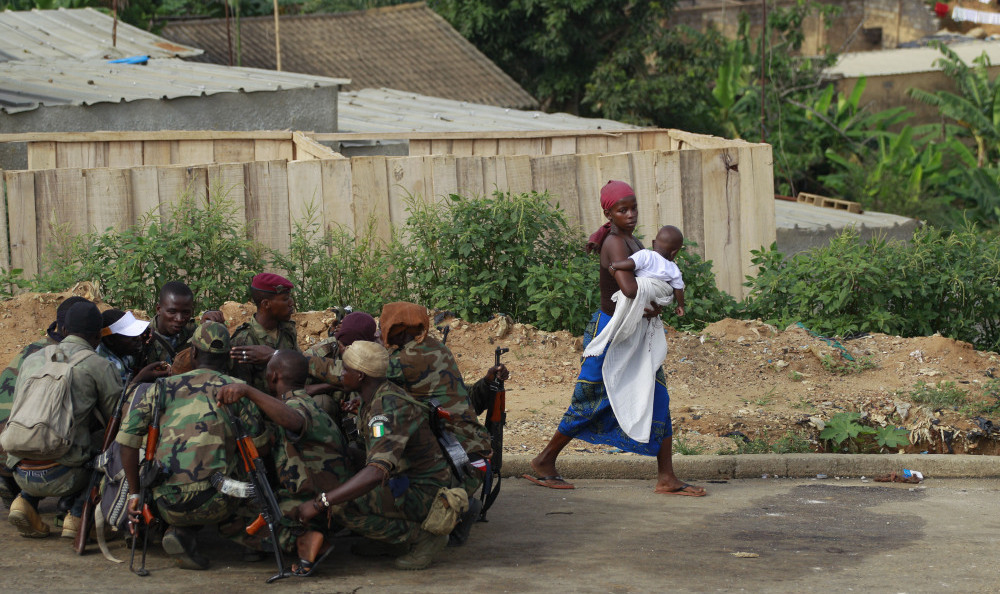 An Abidjan woman passes fighters loyal to Alassane Ouattara as they share a morning meal on Friday, April 8, 2011.

UN investigators have found more than 100 bodies in Ivory Coast. NPR's Ofeibea Quist-Arcton tells NPR Newscasts some of the victims were burned alive and other people were flung down wells. The UN believes the murderers are mercenaries from Liberia, just across the Ivorian border. It's not clear if they support intransigent leader Laurent Gbagbo or Alassane Ouattara, the internationally recognized winner of Ivory Coast's presidential election.

The International Criminal Court may open investigations into 'widespread and systematic slayings" of Ivorian civilians. All warring parties would be examined.

What the UN fears is a surge of ethnic tit-for-tat slayings. People are dying as Gbagbo remains holed up in a bunker in Abdjan, surrounded by Ouattara fighters. Ivory Coast's main city is devastated with terrorized civilians who lack food, water and medical supplies. The UN estimates 1 million people have fled to escape the warfare.

Ouattara accuses Gbagbo of using mercenaries to attack civilians. But last week, relief agencies reported 800 people were slain in a western Ivory Coast town, after it was overtaken by Ouattara supporters. The BBC reports both sides may be using local ethnic militias in that region and, complicating matters, it's not clear if these fighters even have political loyalties.

The relief group, International Rescue Committee, documented a four-fold increase in rapes of Ivorian women, and says: "Victims are telling IRC counselors about rapes by armed men breaking into their homes and assaults and abuse at checkpoints."