Accessibility links
Appeals Court Rules Against Winklevoss Twins In Facebook Case : The Two-Way The twins first alleged Mark Zuckerberg stole their idea when he created Facebook and after reaching a settlement on that case, alleged they were misled on what Facebook was really worth. 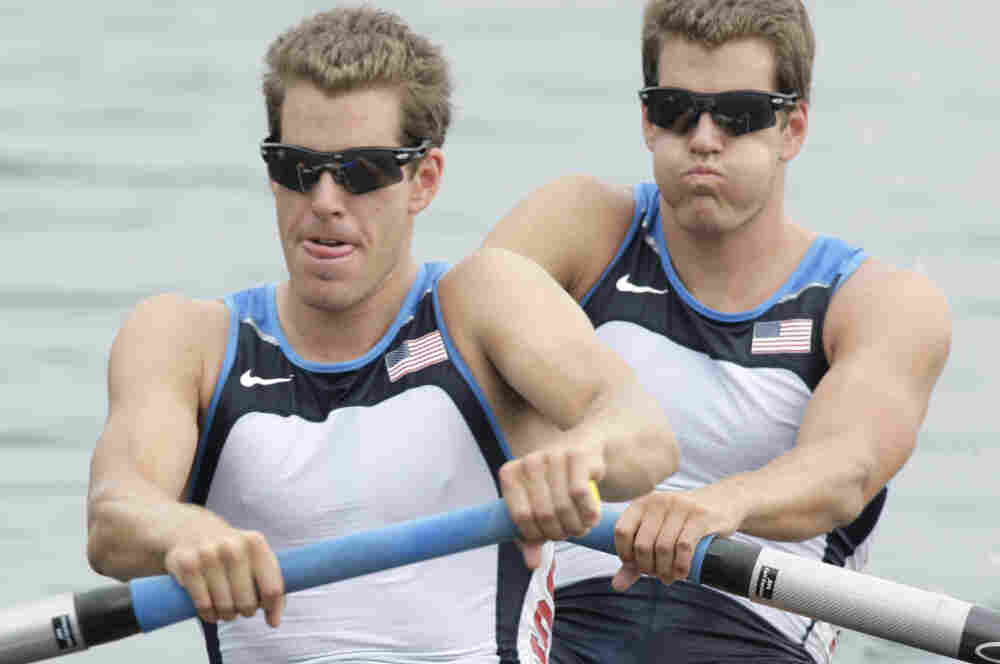 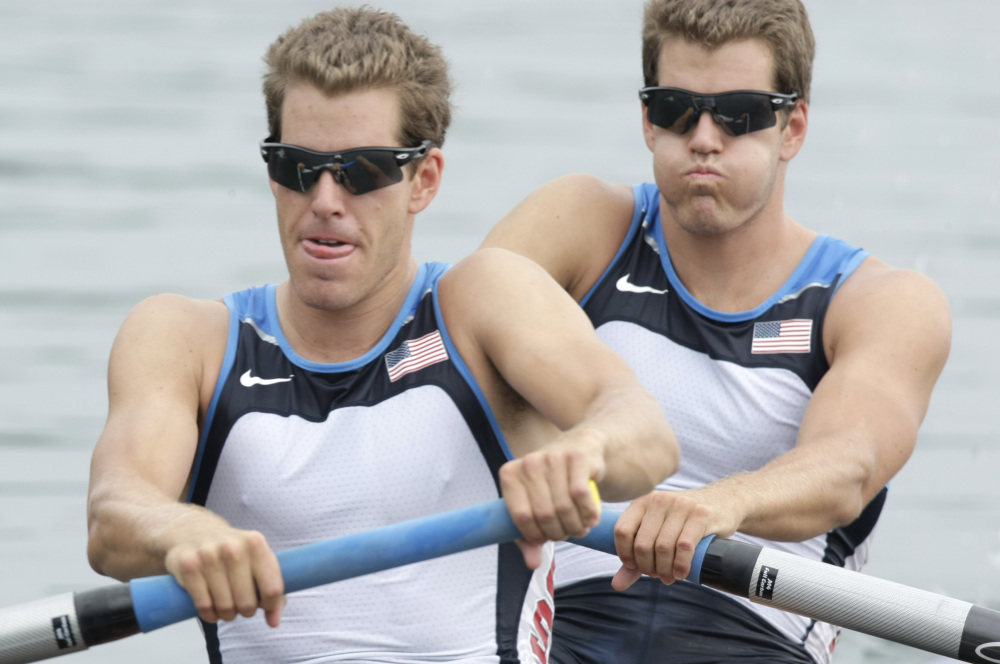 Cameron Winklevoss, left, and twin brother Tyler take the start of the Men's pair repechage at the Beijing 2008 Olympics.

A U.S. appeals court ruled today that Cameron and Tyler Winklevoss aren't entitled to more money than they had agreed to receive in a settlement with Facebook.

The Winklevoss twins, as the Olympic rowers have come to be known, alleged that while they were at Harvard, Mark Zuckerberg, Facebook's CEO, stole their idea and created Facebook based on a site the twins called ConnectU.

The struggle was in a lot of ways the centerpiece of the Oscar-winning movie The Social Network. Zuckerberg denies that he stole the concept for Facebook from the twins, but nonetheless settled the case by giving the twins and Divya Narendra $20 million cash and $45 million in Facebook stocks.

Dow Jones reports today that original settlement is worth $150 million.

In this lawsuit, the Winklevoss twins said they were misled about the value of Facebook at the time of the settlement. They wanted a court to throw out the settlement and give them more money.

In essence, reports Dow Jones, the Winklevoss twins accepted the settlement believing Facebook was worth about $15 billion, when Goldman Sachs valued it recently at $50 billion.

Reuters reports the U.S. Court of Appeals for the 9th Circuit took Facebook's side and left the deal alone.

The Los Angeles Times reports on the judge's opinion:

In the opinion from Chief Judge Alex Kozinski who wrote for the three-judge panel, he said: "The Winklevosses are not the first parties bested by a competitor who then seek to gain through litigation what they were unable to achieve in the marketplace. And the courts might have obliged, had the Winklevosses not settled their dispute and signed a release of all claims against Facebook."

He concluded: "At some point, litigation must come to an end. That point has now been reached."