Accessibility links
Iranian Lawmakers Propose Ban On Owning Pet Dogs : The Two-Way Like fashion, pet dogs have been dragged into Iran's cultural war with the West. For years, a ban on dogs has been unofficial, but now lawmakers want to criminalize owning a pet dog. 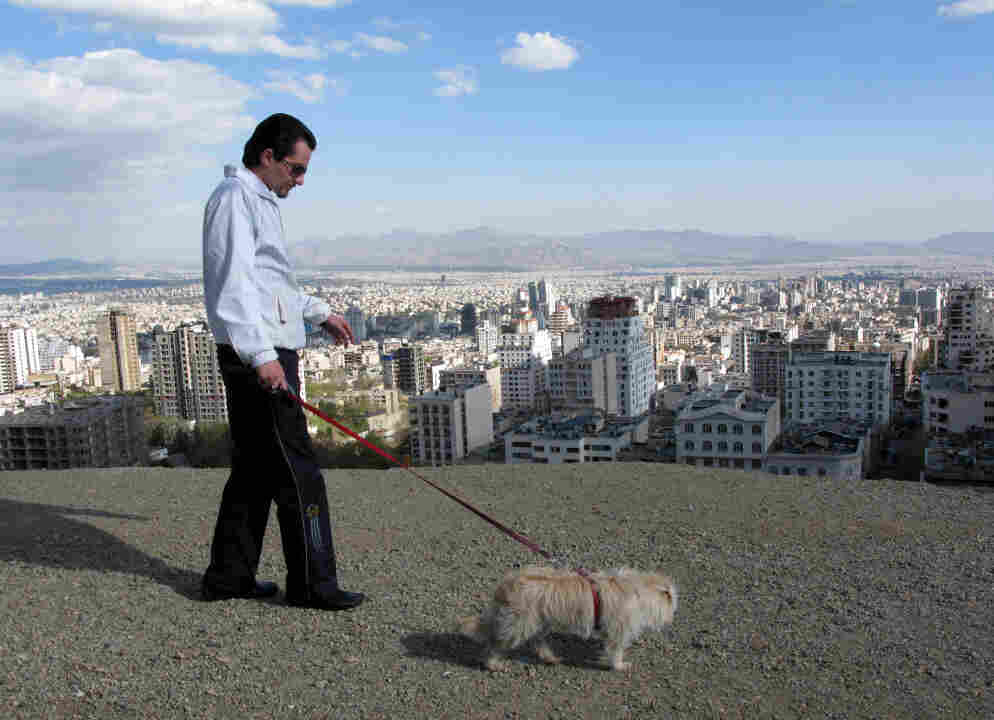 An Iranian man walks with his dog while spending a weekend holiday in Tochal north of Tehran, Iran. AP hide caption 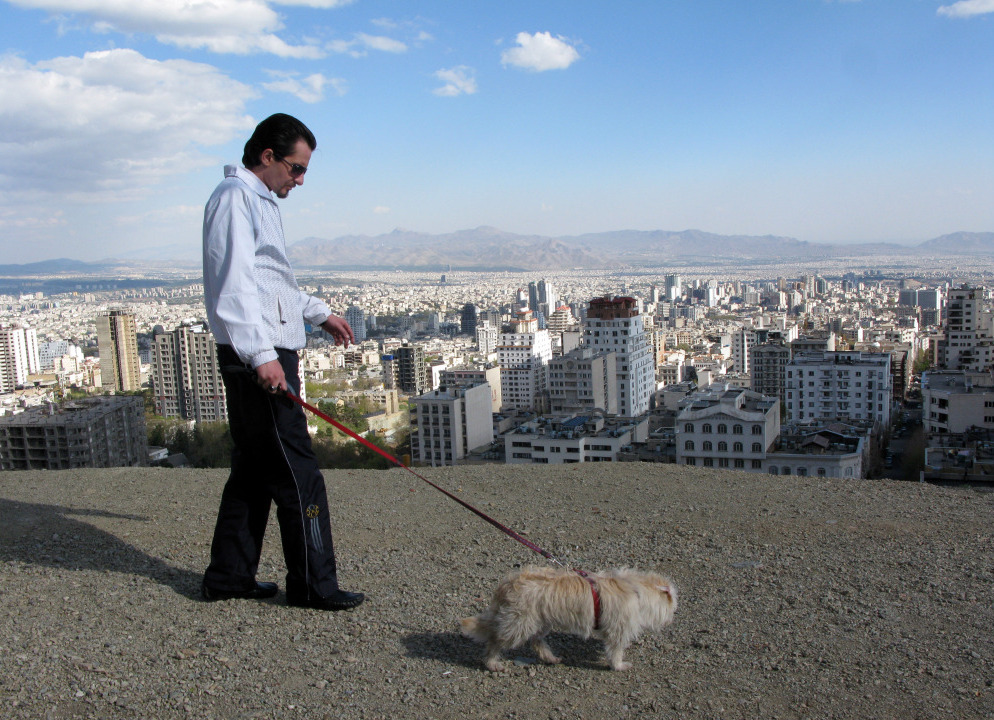 An Iranian man walks with his dog while spending a weekend holiday in Tochal north of Tehran, Iran.

Dogs have increasingly become a part of the culture war in Iran: Traditionally Iranians in urban areas haven't had dogs, because they're thought to be dirty. But as Western culture crept in, more and more people — in Tehran, especially — began keeping them as pets.

Off and on, police have tried to confiscate them and off and on the country's religious leaders have called for Iranians to get rid of their dogs. But, now, reports the AFP, some parliamentarians have introduced a bill that would ban dogs from public places as well as "private flats."

If the law passes, dog owners will be banned from taking their pets out into public spaces and into vehicles. First-time offenders will be fined five million riyals (approximately $480); they will be given 10 days to get rid of the dog. If they fail to do so, health authorities will be called in to take the dog away from its owner. It is unclear what would be done to the dog.

The 39 MPs say that other than canines being "unclean," keeping dogs as pets goes against Iranian values. The practice, they said indicated the influence of Western culture.

This time, the crackdown seems serious. Time reports that in some ways the pet dog ban is the perfect way for the Iranian government to reassert its dominance, especially after the protests in 2009 over the disputed reelection of Mahmoud Ahmadinejad and especially with the unrest going on in the region, right now:

The criminalizing of dogs, in this context, helps the government address the legal gray areas concerning lifestyle behavior. When authorities found it difficult to police what it termed Westernized hairstyles worn by young men, it solved the problem last year by releasing a poster of specifically banned styles.

For many young people, these measures are a firm reminder that the government will brook no disobedience, whether it be chanting antigovernment slogans in the streets or sporting excessively long sideburns.

Al Arabiya reports that in the past, the country's clerics have attacked dog ownership from different angles: In June 2010, Iran's Grand Ayatollah Naser Makarem Shirazi issued a fatwa, a religious edict, that said Iranians should not keep dogs, because it meant they were blindly following the West and because they were "unclean."

Later that year, reports Al Arabiya, another cleric called for the arrest of dogs and their owners.

"Global norms and values capture the heart of people all around the world, and Iran is no exception," Omid Memarian, an Iranian journalist who specializes in human rights told Time. "This is very frightening for Iranian officials, who find themselves in a cultural war with the West and see what they're offering as an 'Islamic lifestyle' failing measurably."