Accessibility links
ATF Threatened With Contempt In Border Weapons Probe : The Two-Way The House Oversight Committee is seeking documents related to a federal sting that allowed high-powered weapons into Mexico.

House Oversight Committee Chairman Rep. Darrell Issa (R-CA.) sent a letter to the ATF in which he threatened the federal agency with contempt proceedings if it did not produce documents pertaining to "Operation Gunrunner." 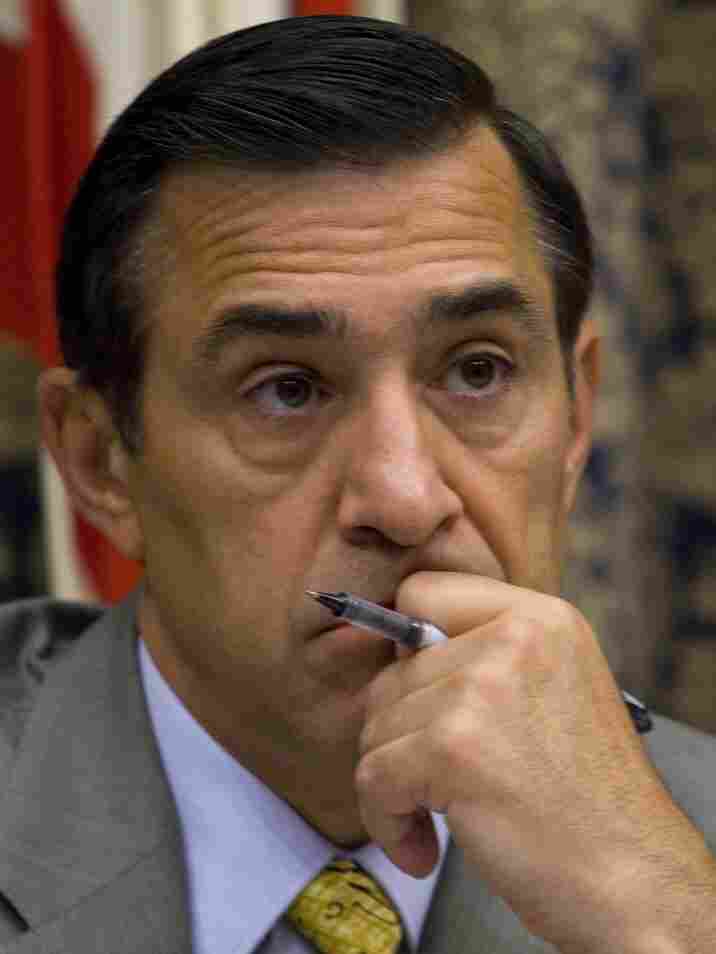 Earlier this month, documents revealed by Congressional investigators showed that under the Gunrunner operation the Bureau of Alcohol, Tobacco, Firearms and Explosives let high-powered weapons cross the U.S./Mexico border. The sting was supposed to trace weapons and lead to the prosecution of illegal drug sellers, but, as The Los Angeles Times reported, "three guns sold to suspects who were part of Project Gunrunner have since turned up at the scenes of the deaths of two U.S. agents — in the Mexican state of San Luis Potosi and near the Mexican border in Arizona."

The Justice Department has asserted that disclosing certain documents would compromise several ongoing federal prosecutions that came out of Project Gunrunner, an effort aimed at stopping the flow of U.S. weapons into Mexico.

But in a letter to the director ATF, Rep. Darrell Issa (R-CA) wrote that DOJ's "internal policy to withhold documents from what it labels pending criminal investigations may not deprive Congress from obtaining those same documents if they are pertinent to a congressional investigation - particularly in a matter involving allegations that reckless and inappropriate decisions by top Justice Department officials may have contributed to the deaths of both U.S. and Mexican citizens."

The Hill reports that the committee's ranking Democrats sided with ATF:

"Our committee has a responsibility to investigate allegations of waste, fraud and abuse," Rep. Elijah Cummings (Md.) said in a statement. "However, despite my repeated requests, Chairman Issa has refused to meet with the Department of Justice to ensure that his actions do not compromise ongoing investigations and prosecutions, including a trial of 20 individuals that is scheduled to begin in June."

If you're looking for more detail on Operation Gunrunner, The Los Angeles Times has a pretty comprehensive piece.