Accessibility links
Some Sept. 11 Responders To Be Cross-Checked Against Terrorism List : The Two-Way Anyone who applies for help from the fund set up to assist those who suffered health problems because of exposure to toxins at the attack sites must be checked against a government terrorism database.

Some Sept. 11 Responders To Be Cross-Checked Against Terrorism List

Some Sept. 11 Responders To Be Cross-Checked Against Terrorism List 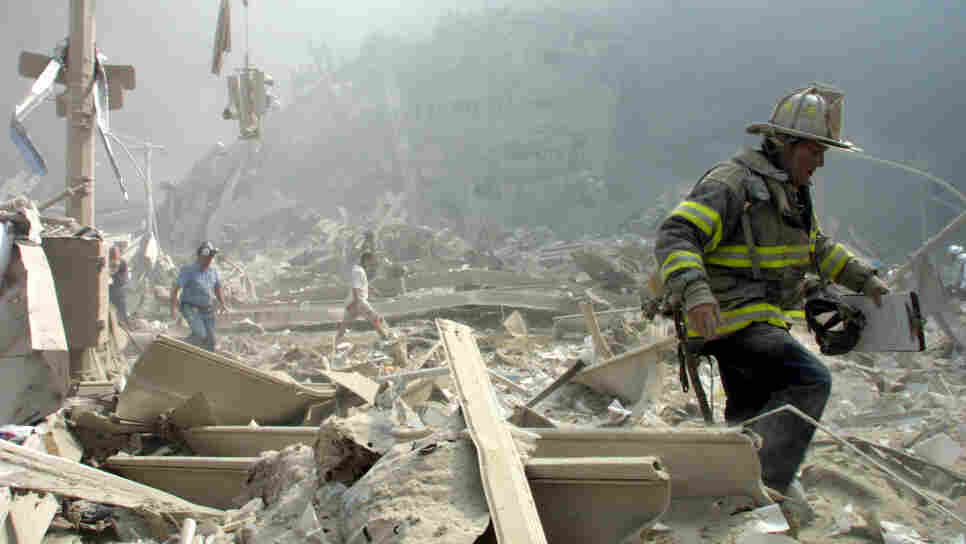 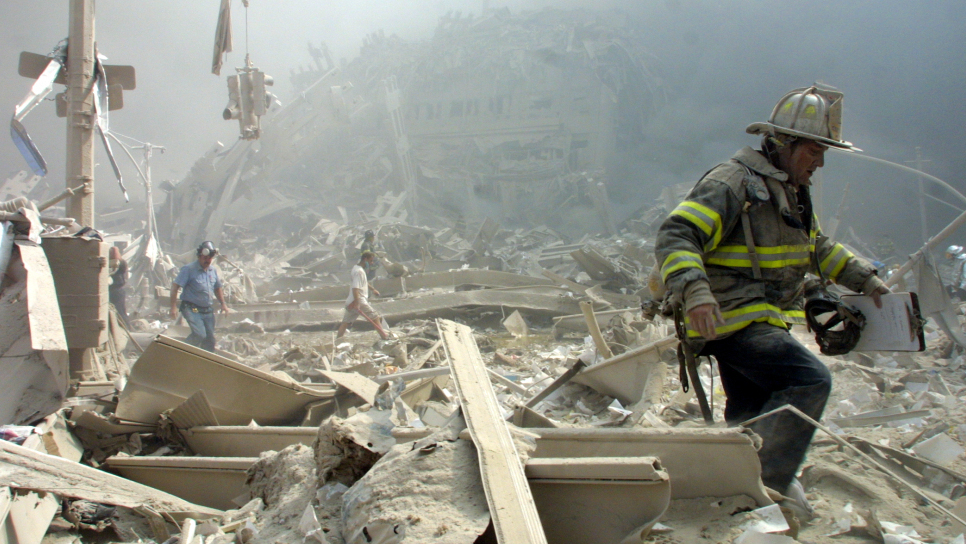 Sept. 11, 2001: A firefighter walks through the rubble at New York's World Trade Center.

"Tens of thousands of cops, firefighters, construction workers and others who survived the worst terrorist assault in U.S. history and risked their lives in its wake will soon be informed that their names must be run through the FBI's terrorism watch list," The Huffington Post reports.

It's a requirement added as an amendment to the James Zadroga 9/11 Health And Compensation Law that provided more than $4 billion to help those first responders pay the medical bills that many have run up because of illnesses resulting from exposure to toxins at the attack sites. The provision requires that to get such funds, applicants' names must be compared to the federal government's database of suspected terrorists — and anyone who shows up on both lists will not get the assistance.

The amendment's sponsor, Rep. Cliff Stearns (R-FL) tells The Huffington Post that because the funds are "not just for our first responders; nearly anyone who was in the vicinity or worked on a cleanup crew afterward is eligible," the intent is "to ensure that no terrorists get these benefits."

The story includes comment from one 9/11 first responder who is OK with the rule, as well as others who find it insulting.