Accessibility links
On Good Friday, Christians Reflect; 'God Is By Your Side,' Pope Says : The Two-Way In Jerusalem, thousands of pilgrims have walked the Via Dolorosa — "way of suffering" — that Christ followed to his crucifixion. And around the world, Christians are preparing for Easter Sunday, which marks the resurrection.

On Good Friday, Christians Reflect; 'God Is By Your Side,' Pope Says

On Good Friday, Christians Reflect; 'God Is By Your Side,' Pope Says 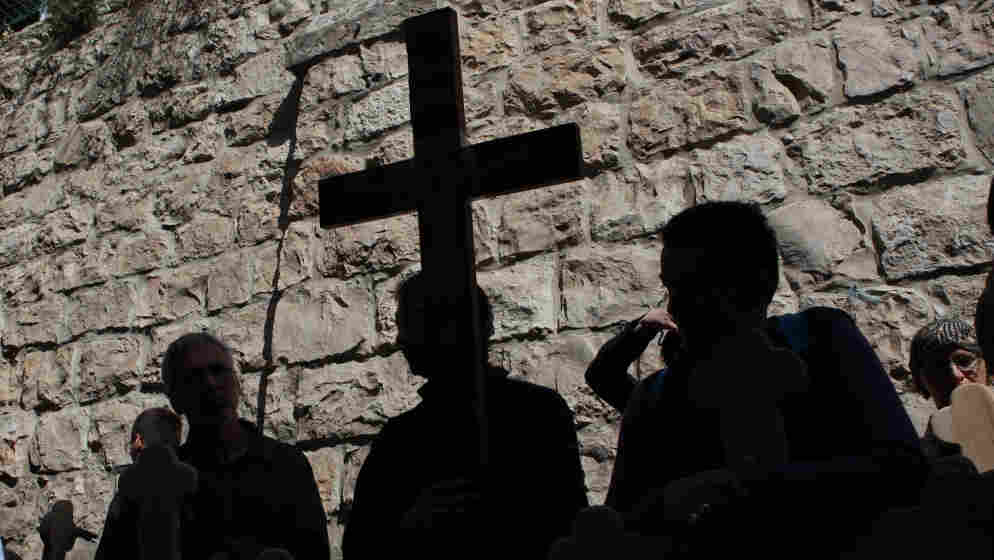 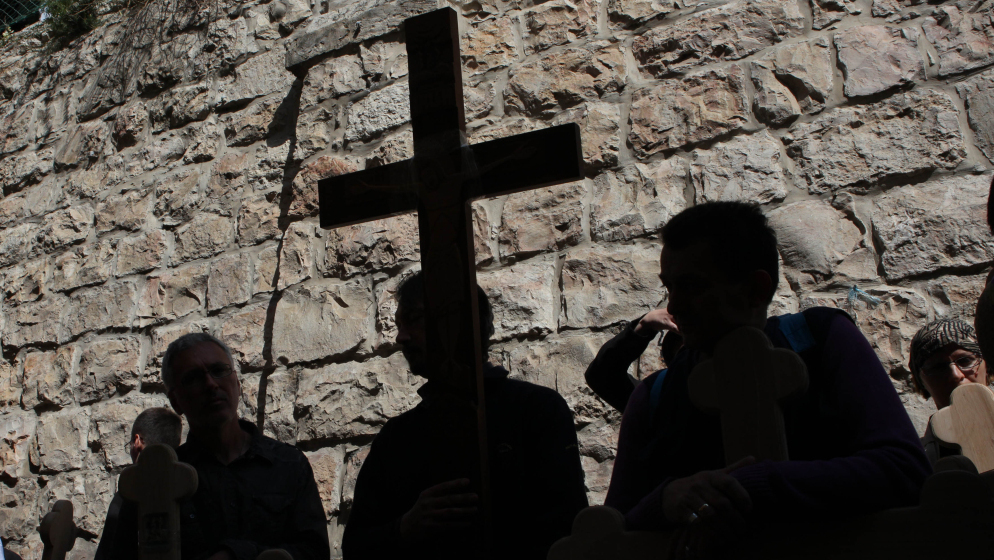 Christian pilgrims carried wooden crosses along the Via Dolorosa during the Good Friday procession in Jerusalem's old city today (April 22, 2011).

This is Good Friday, "the solemn day when Christians reflect on the suffering and crucifixion of Christ," as The Associated Press says.

In Jerusalem, NPR's Jackie Northam was there as Christians from all over the world took part in an annual rite. They "wended their way through the crowded, cobblestone streets of old Jerusalem singing hymns in their native tongues and reading Gospels."

Many, as Jackie reports, carried crucifixes in their hands or heavy wooden crosses on their shoulders as "they followed the route Jesus took down the Via Dolorosa — 'way of suffering' in Latin."

The route ends at the Church of the Holy Sepulcher, the site of the stone tomb where Jesus is believed to have been buried and from which he is said to have risen two days later — a resurrection that Christians will celebrate this weekend on Easter Sunday.

In Vatican City, Pope Benedict XVI used Good Friday to hold "an unprecedented Q and A on [Italian] television," the AP reports. A Japanese girl spoke with the pontiff about the death and destruction in her country due to the March 11 earthquake and tsunami. Why do so many children have to be made so sad, she asked?

"I also have the same questions: why is it this way? Why do you have to suffer so much while others live in ease?" Benedict said, according to the AP. "And we do not have the answers but we know that Jesus suffered as you do, an innocent." The pope told her that "even if we are still sad, God is by your side."