Accessibility links
Sen. Jon Kyl Corrects Erroneous Statement On Planned Parenthood : The Two-Way Kyl received grief, especially from comedian Stephen Colbert, after the senator's office said an erroneous statement made during a speech on the floor wasn't intended to be factual. 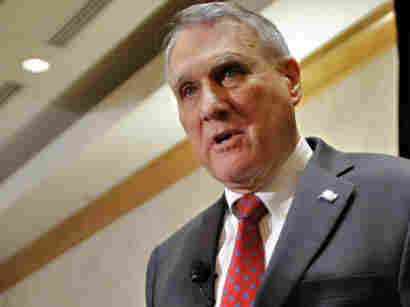 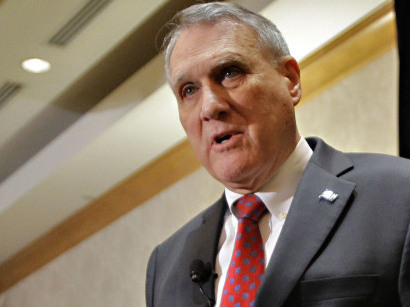 Sen. Jon Kyl (R-AZ) got a lot of grief after saying, during a speech on the floor, that "well over 90 percent" of Planned Parenthood's activities are related to abortion. The number is actually 3 percent and when it was pointed out, Kyl's office put out a clarification, saying the Senator's statements weren't intended to be "factual."

As Frank reported over at It's All Politics, Comedy Central's Stephen Colbert had great fun at Kyl's expense on his show and on Twitter, where Colbert put out a bunch of statements that weren't intended to be factual. Like this one:

Jon Kyl claims the craziest thing he's ever done was that time he ate pancakes for dinner.#NotIntendedToBeAFactualStatement

Now, Politico reports that Kyl has stricken the phrase from the Congressional Record. And, yes, Talking Points Memo reports, Congress is allowed to do that:

According to the Library of Congress website, members of Congress are entitled to, "edit the transcript of their floor remarks before publication in the daily record or the permanent record."