Accessibility links
ElBaradei: Nuclear Nonproliferation System Is Broken : The Two-Way The former head of the International Atomic Energy Agency says nations that have the weapons need to make it clear they wish to move to a "world free from nuclear weapons." And the enrichment process must be put under international control, he says.

Established in 1970 with the Treaty on the Non-Proliferation of Nuclear Weapons, the world's system for keeping nuclear weapons from spreading to other nations is now clearly broken, Mohamed ElBaradei, the former head of the International Atomic Energy Agency and a potential presidential contender in his native Egypt, tells Morning Edition host Steve Inskeep. 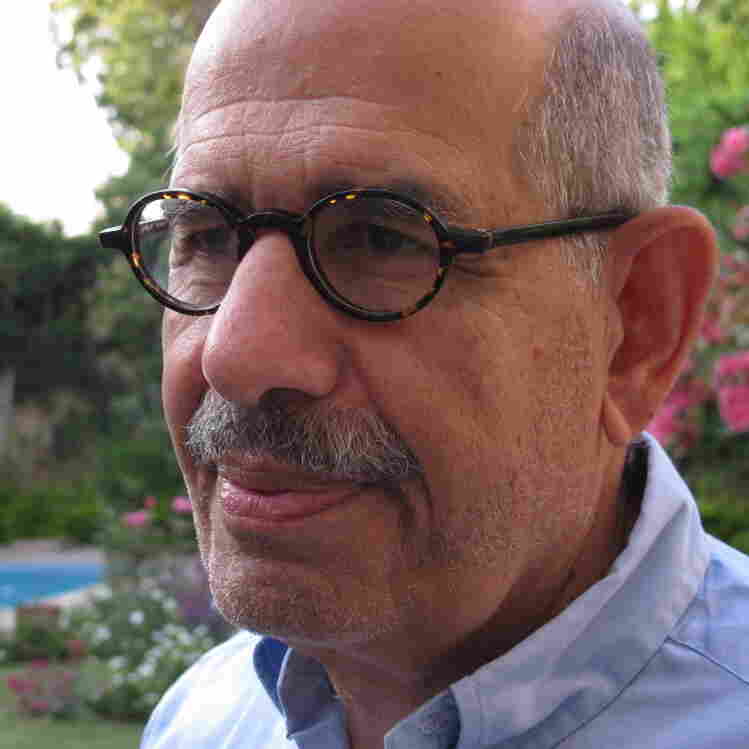 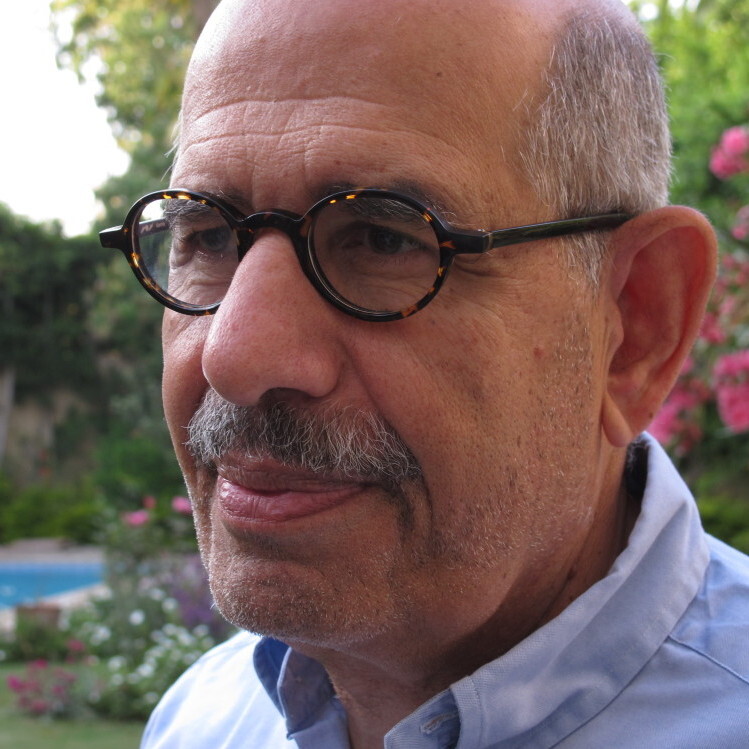 Mohamed ElBaradei, in the garden of his Cairo home earlier today (April 25, 2011).

"Lots of things" have happened in the past 40 years — including the fact that nuclear technology is "out of the tube," ElBaradei said during an interview set for broadcast on Tuesday's Morning Edition.

"We need to fix the system in two important ways," said ElBaradei.

First, "the weapon states [those that have nuclear weapons] need to send the message loud and clear ... that they are moving toward a world free from nuclear weapons."

The other necessary step, he said, is to bring control of the nuclear enrichment process "out of national control and under multi-national control" so that the key component of weapons is more difficult to obtain.

ElBaradei latest book, The Age of Deception: Nuclear Diplomacy in Treacherous Times, is out this week.

In the conversation with Steve, ElBaradei also repeated that he would like to make a bid to be Egypt's president. During the protests that toppled President Hosni Mubarak earlier this year, ElBaradei returned to Egypt from Europe and offered to run a transitional government.