Accessibility links
Budget Cuts Shutdown SETI's Alien-Seeking Telescopes : The Two-Way The news comes at a particularly bad time: just as scientists announced the discovery of more than 1,000 planets in areas scientists believe could be habitable. 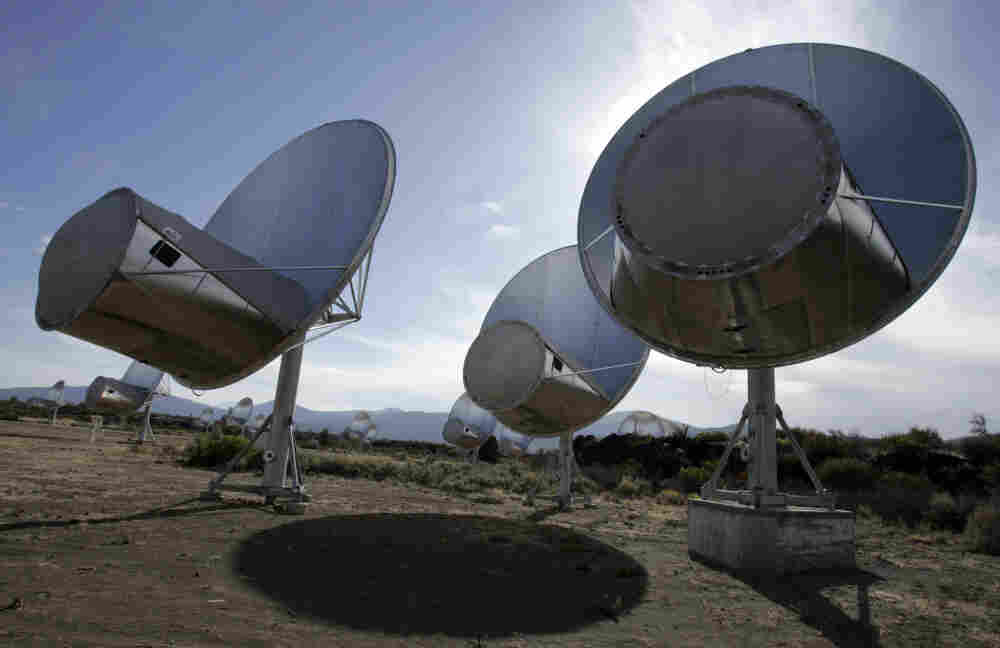 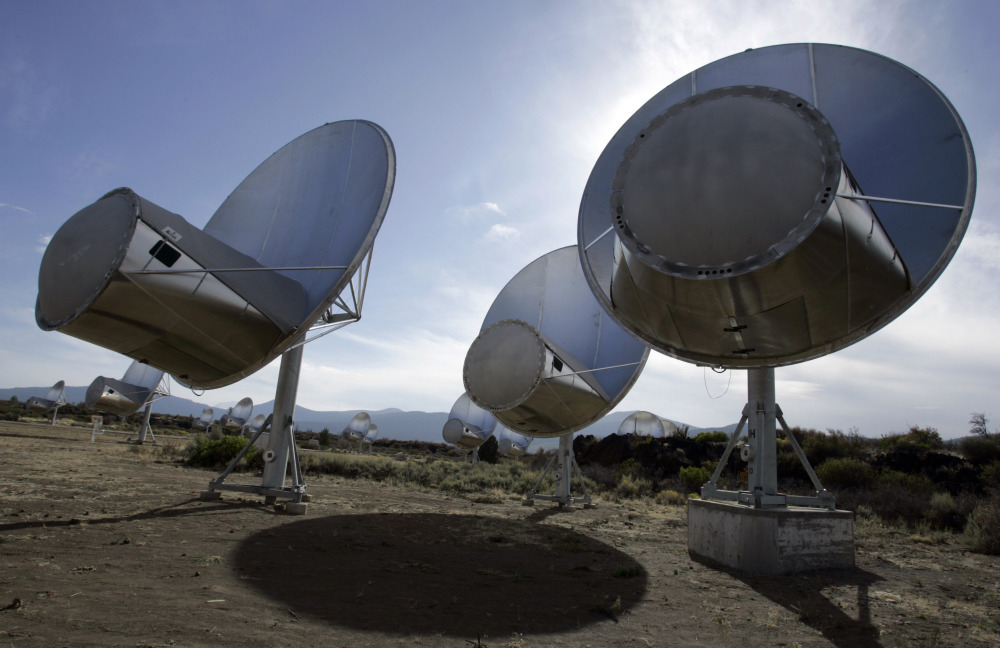 Radio telescopes of the Allen Telescope Array are seen in Hat Creek, Calif.

If aliens come calling, we might not hear them.

The San Jose Mercury News reports that the SETI Institute — the one made famous by the movie Contact — has put its program to find alien life on hold. In an April 22 letter SETI sent to significant supporters, Tom Pierson, SETI's CEO announced that beginning this week, the Allen Telescope Array "has been placed into hibernation due to funding shortfalls for operations of the Hat Creek Radio Observatory (HCRO) where the ATA is located."

The timing couldn't be worse, say SETI scientists. After millenniums of musings, this spring astronomers announced that 1,235 new possible planets had been observed by Kepler, a telescope on a space satellite. They predict that dozens of these planets will be Earth-sized — and some will be in the "habitable zone," where the temperatures are just right for liquid water, a prerequisite of life as we know it.

Scientific American reports that SETI would have liked to use the radio telescope array to listen in on any radio waves coming from the extra solar planets found by Kepler. They report SETI is not the only institution that listens for alien life, "but it is probably the instrument most committed to the task."

In his letter, Pierson says that it takes about $1.5 million a year to operate the telescope array, plus another million to cover SETI's "science efforts." Right now, budget cuts in both federal and state governments have slashed the size of the Hat Creek Radio Observatory to about one-tenth the size it used to be.

Pierson said SETI is trying to secure $5 million in funding to bring the telescopes back online and to study the 1,235 exoplanets found by the Kepler mission.

"This fabulous opportunity represents a fundamental shift to be able to point our instruments at known planetary systems, rather than at stars that might or might not host planets," he wrote.

It is the SETI Institute's Allen Telescope Array that has been "collecting scientific data from the far reaches of the universe" since 2007. And it is funding for that project that is at issue.