Accessibility links
White House Releases Obama's Birth Certificate : The Two-Way "We do not have time for this kind of silliness," the president says of the so-called birthers movement that has been questioning — even though officials in Hawaii long ago offered evidence of the president's birth there in 1961 — where he was born. 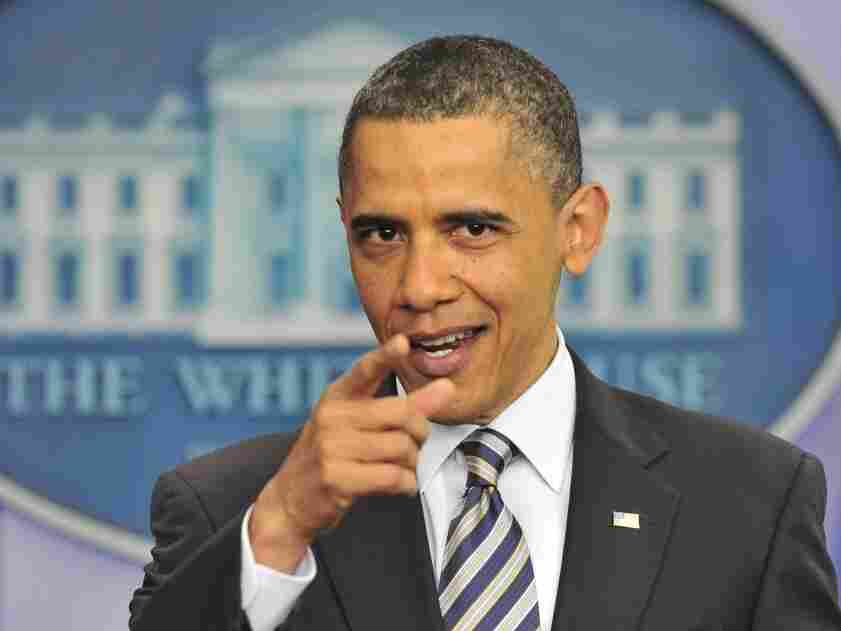 Speaking to reporters at the White House this morning, the president decried the "carnival barkers" who have been asking for proof he was born in Hawaii. Jewel Samad /AFP/Getty Images hide caption 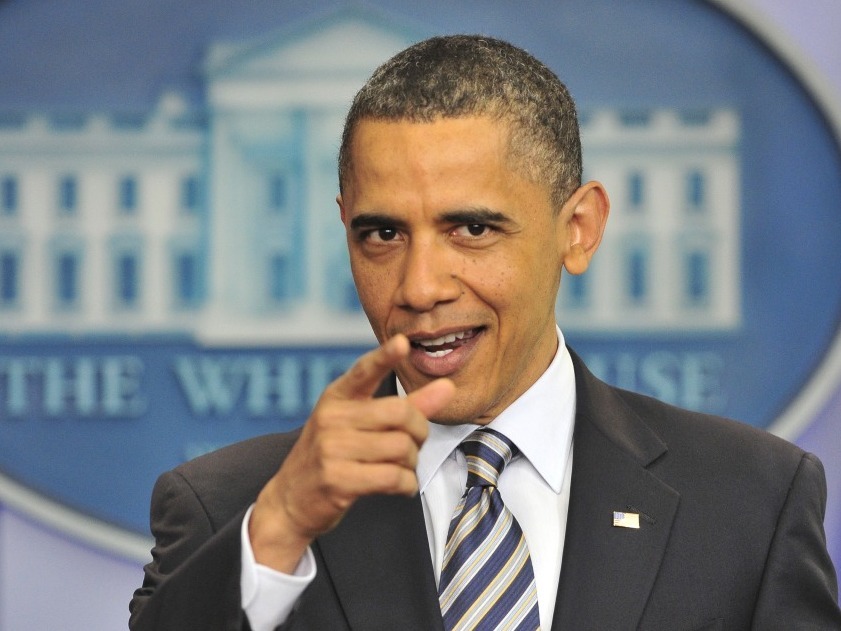 Speaking to reporters at the White House this morning, the president decried the "carnival barkers" who have been asking for proof he was born in Hawaii.

Seeking to settle the so-called birthers issue once and for all, the White House this morning released President Obama's "long-form birth certificate."

This is all related, of course, to the birthers movement that has been questioning — even though state officials in Hawaii long ago presented evidence of the president's birth there in 1961 — whether Obama really was born in the U.S., as the Constitution requires of presidents.

We'll be updating this post as the story develops.

Update at 2:30 p.m. ET. Over at It's All Politics, our colleague Frank James says that with today's action the president is trying to "assert that he's the adult" while "many of his adversaries something less than that." Charles Lane of The Washington Post makes the case that "keeping the birther issue alive, while ostensibly laying it to rest, is hugely to [Obama's] political advantage." Ed Morrissey of the conservative Hot Air wonders why Obama didn't wait even longer: "it made for a perfect way to paint his opposition as lunatics. Frankly, I'm surprised he didn't wait until after the GOP primaries."

We've put a copy of the White House transcript of Obama's comments in the box below. Just click on the title to make it pop up:

And we've also posted a question.

Here's a recording of the entire statement the president made:

"I just want to make a larger point," the president says. "We've got some enormous challenges out there" and the nation won't be able to confront them if it gets distracted by "sideshows and carnival barkers."

"We do not have time for this kind of silliness," the president added.

Saying "I have watched with bemusement" and that he has been "puzzled at the degree to which this thing just kept on going," the president just began his remarks to reporters.

Real estate developer/reality TV show host Donald Trump — who's been making noises about running for the GOP presidential nomination and had jumped on the "birthers" bandwagon — just told reporters in New Hampshire that "I'm very proud of myself. I've accomplished something that nobody else has been able to accomplish."

"I want to look at it, but I hope it's true," Trump added, referring to the birth certificate.

"The President believed the distraction over his birth certificate wasn't good for the country. It may have been good politics and good TV, but it was bad for the American people and distracting from the many challenges we face as a country. Therefore, the President directed his counsel to review the legal authority for seeking access to the long form certificate and to request on that basis that the Hawaii State Department of Health make an exception to release a copy of his long form birth certificate. They granted that exception in part because of the tremendous volume of requests they had been getting. ...

"At a time of great consequence for this country — when we should be debating how we win the future, reduce our deficit, deal with high gas prices, and bring stability to the Middle East, Washington, DC, was once again distracted by a fake issue. The President's hope is that with this step, we can move on to debating the bigger issues that matter to the American people and the future of the country."

Update at 9:18 a.m. ET. Here is the certificate. Click on the title to make it more readable:

Update at 9:13 a.m. ET: On its Twitter page, the White House says the certificate was released "so that America can move on to real issues that matter to our future."