'A Bomb Has Been Dropped' On Birmingham, Mayor Says After Storms 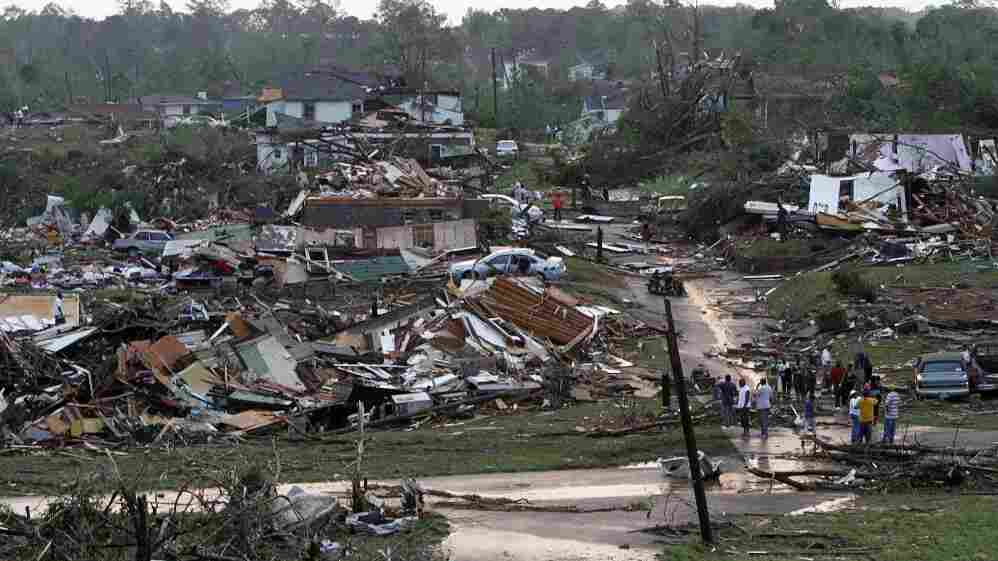 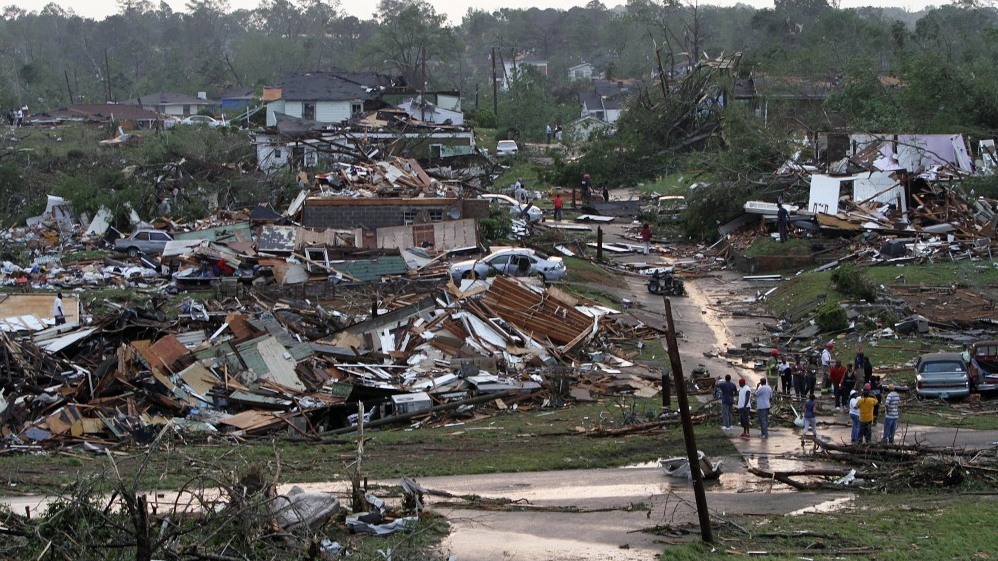 Residents survey the destruction after a tornado hit Pratt City, Ala. just north of downtown Birmingham, Ala. on Wednesday, April 27, 2011.

Of the many places pummeled by tornadoes the past two days, Alabama is where the greatest number of deaths have been reported as of this hour.

The Birmingham News says at least 128 people were killed in the state. And the death toll is likely to go higher. More than 30 deaths occurred in Birmingham.

-- The Pratt City area of Birmingham has been "totally devastated [and] several other surrounding neighborhoods ... have also been heavily damaged."

-- The heavily populated area, "seems like a bomb has been dropped on it."

-- "Where buildings once stood, toothpick-sized wood shreds are there now."

Update at 11:40 a.m. ET: The Birmingham News has added a video from Pratt City, showing the devastation and some residents talking about what it was like when the tornado hit. (Our apologies for the short ad that the News has placed in front of its report.)