Accessibility links
Who Was That Little Bridesmaid In The Royal Wedding's Best Photo? : The Two-Way And check out what Kate did to comfort the 3-year-old when the noise of half a million people cheering was a little too much for the girl's ears.

Who Was That Little Bridesmaid In The Royal Wedding's Best Photo?

Who Was That Little Bridesmaid In The Royal Wedding's Best Photo? 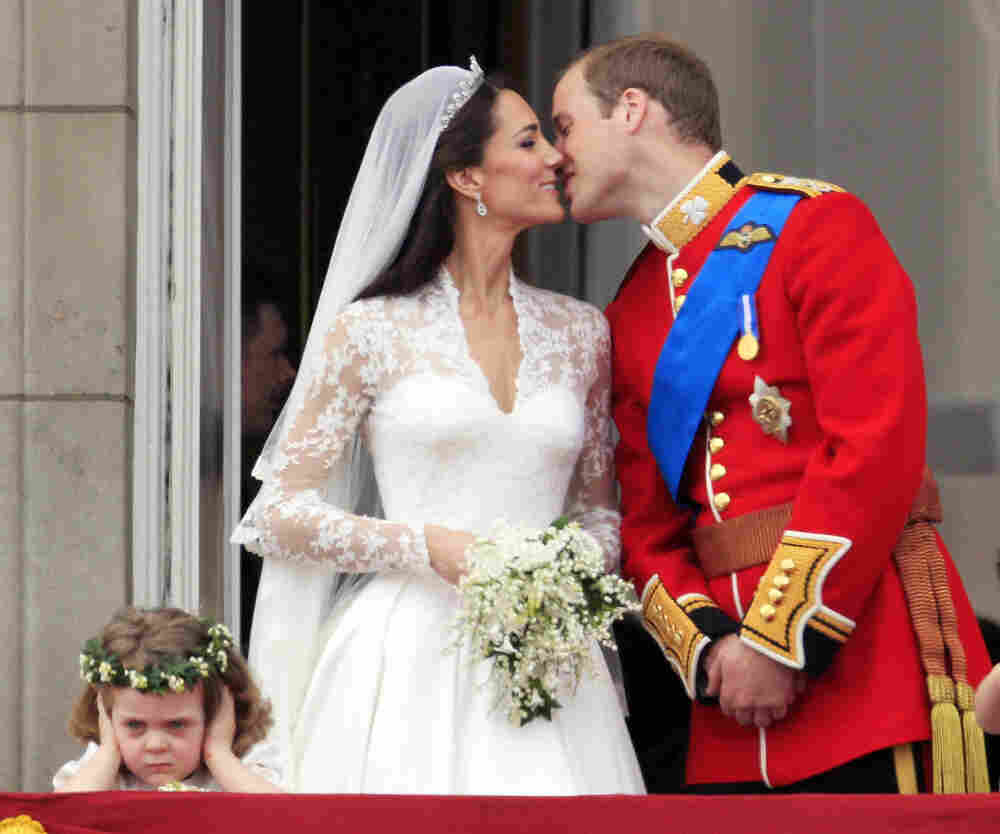 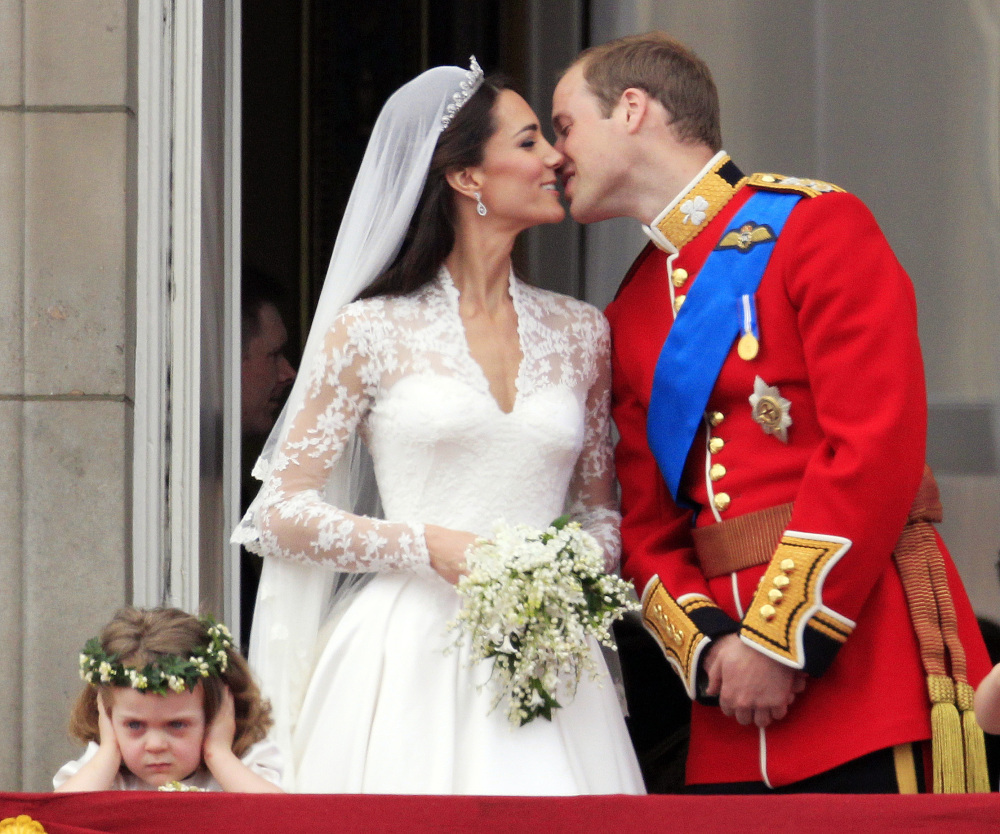 The picture seems to have captured the hearts of millions around the world.

As our friend Claire O'Neill over at The Picture Show put it, "the best photo from the royal wedding" was snapped as Prince William and Kate Middleton kissed yesterday on the balcony of Buckingham Palace.

Just in front of them, at the bottom of the image, a little bridesmaid was covering her ears and looking less than pleased. The noise of a half a million or so people outside cheering, and World War II-era fighters flying overhead, seems to have been a little too much for her.

So who is the little dear?

It's 3-year-old Grace van Cutsem, a goddaughter of the prince's. Her family, as Britain's EDP24 reports, had several "key roles in the royal wedding." Grace's father, Hugh, has known William since they were boys. An uncle of hers is in the Household Cavalry's Life Guards and was in command of the Captain's Escort yesterday.

According to The Associated Press, "palace officials said van Cutsem ... felt poorly when she was on the balcony."

We're also struck, though, by a photo that's gotten less attention. It shows Kate, who apparently noticed little Grace's discomfort, taking a few moments from her big day to pay attention to the girl. 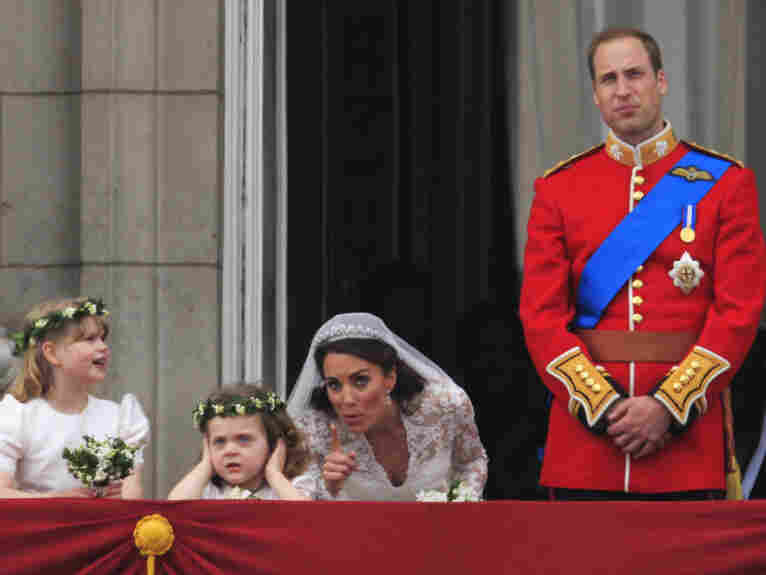 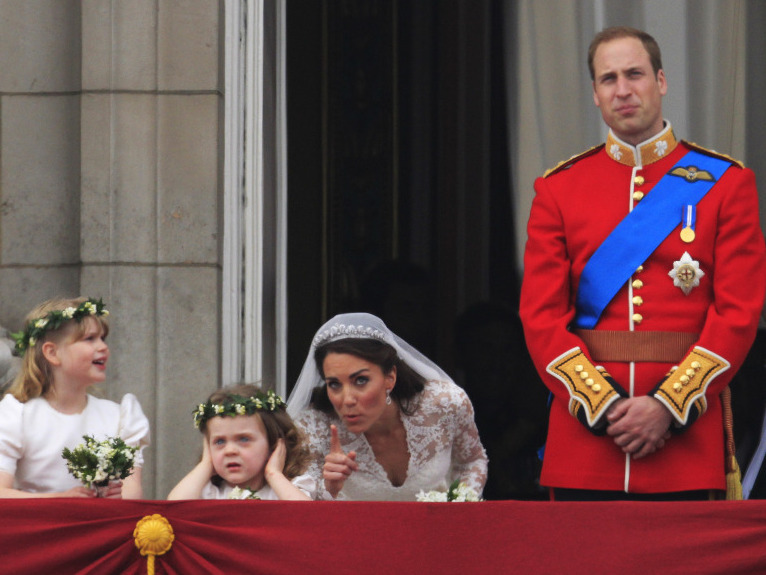