Accessibility links
Raid On Bin Laden Was Live-Blogged, Though The Blogger Didn't Know It : The Two-Way Now computer programmer Shohaib Athar is known as "the guy who live-blogged the Osama raid without knowing it."

Raid On Bin Laden Was Live-Blogged, Though The Blogger Didn't Know It

Raid On Bin Laden Was Live-Blogged, Though The Blogger Didn't Know It

"Helicopter hovering above Abbottabad at 1AM (is a rare event)."

With that fairly innocent sounding post on Twitter, Shohaib Athar became, in his own words, "the guy who live-blogged the Osama raid without knowing it." 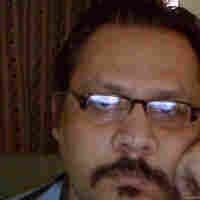 A computer programmer who The Associated Press reports is 33-years-old and lives in Abbottabad, Pakisan, Athar tweeted throughout the night about what he was hearing — without realizing for hours what was happening.

At first he was annoyed:

"Go away helicopter - before I take out my giant swatter :-/"

But he was soon worried as his building shook and there were reports that a helicopter had crashed:

"A huge window shaking bang here in Abbottabad Cantt. I hope its not the start of something nasty :-S"

"and now I feel I must apologize to the pilot about the swatter tweets :-/"

And then, as word started to spread about who had been killed, a dawning realization:

Followed by a flood of e-mails, many from the news media, and a bit of a plea:

"I am JUST a tweeter, awake at the time of the crash. Not many twitter users in Abbottabad, these guys are more into facebook. That's all."