Accessibility links
Native Americans Offended By Code Name 'Geronimo' In Bin Laden Mission : The Two-Way Hearing that the Apache chief's name had been linked to that of the al-Qaida terrorist, many Native Americans are asking for an explanation and apology. The subject is due to come up at a Congressional hearing on Thursday.

It's been confirmed, by CIA Director Leon Panetta, that when U.S. commandos reported that they had killed Osama bin Laden, they used the code word "Geronimo."

And to confirm the al-Qaida leader's death, they reportedly said "Geronimo EKIA" (enemy killed in action). 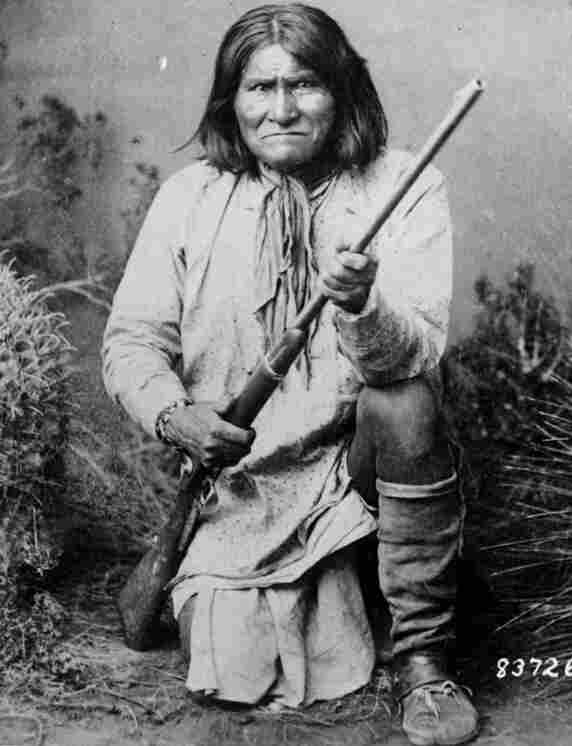 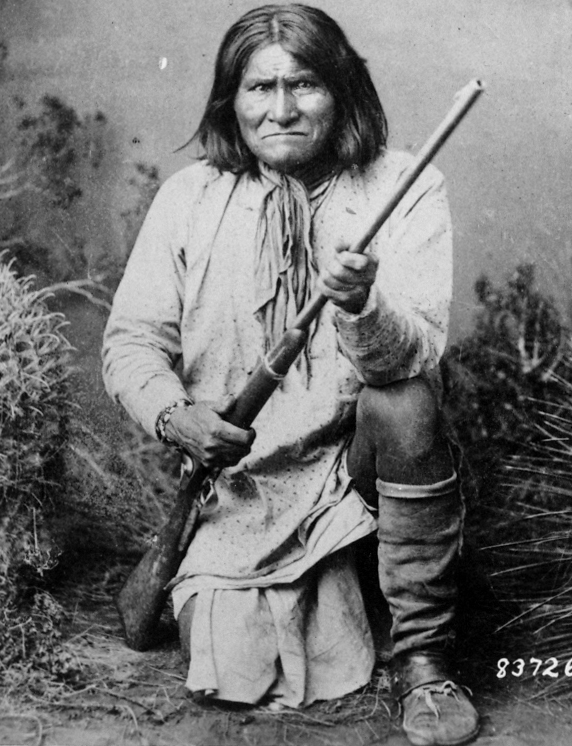 While there's uncertainty about whether Geronimo was a code name for the al-Qaida terrorist or for the whole mission to kill or capture him, the use of that Apache chief's name in any such context has offended Native Americans.

"It is being interpreted as a slap in the face of Native people, a disturbing message that equates an iconic symbol of Native American pride with the most hated evildoer since Adolf Hitler," writes Lise Balk King at Indian Country Today.

"It's insulting and hurtful," Vernon Petago, a member of the Jicarillia Apache Tribe in New Mexico, tells the Minneapolis Star Tribune. "What were they thinking? They applied a respected Apache leader's name to the most despicable terrorist in the world."

The National Congress of American Indians has released a statement from Jefferson Keel, its president, in which he says, in part:

"Our understanding is that bin Laden's actual code name was 'Jackpot' and the operation name was 'Geronimo,' " [But] "to associate a Native warrior with bin Laden is not an accurate reflection of history and it undermines the military service of Native people. It's critical that military leaders and operational standards honor the service of those who protect our freedom."

Keel is a retired Army officer who received two Purple Hearts, a Bronze Star with "V" for valor and the Army Commendation Medal for his service in Vietnam.

Tomorrow, the Senate Indian Affairs Committee will bring up the use of Geronimo's name during a previously scheduled hearing on Native American stereotypes. The committee's staff director, Loretta Tuell, "says it is inappropriate to link Geronimo, whom she calls 'one of the greatest Native American heroes' with one of the most hated enemies of the United States," The Associated Press reports.

As Biography.com says, Geronimo (1829-1909) "led his people's defense of their homeland against the military might of the United States." Indians.org writes that he "was the leader of the last American Indian fighting force formally to capitulate to the United States. Because he fought against such daunting odds and held out the longest, he became the most famous Apache of all. To the pioneers and settlers of Arizona and New Mexico, he was a bloody-handed murderer and this image endured until the second half of this century. To the Apaches, Geronimo embodied the very essence of the Apache values, aggressiveness, courage in the face of difficulty."

Update at 1:15 p.m. ET: This all reminds us that On The Media did a report in March about "how wars are named." Geoffrey Nunberg, a University of California at Berkeley linguist who has studied the issue, said "you want a name that really fires up the troops, but not one that might disturb your allies or the, the public at home, so they go back and forth on this."