Accessibility links
Survey: A Majority Of Americans Say Celebrating Bin Laden's Death Was Wrong : The Two-Way The survey from the Public Religion Research Institute also found that two-thirds of Americans believe bin Laden "will be punished in hell for his sins." 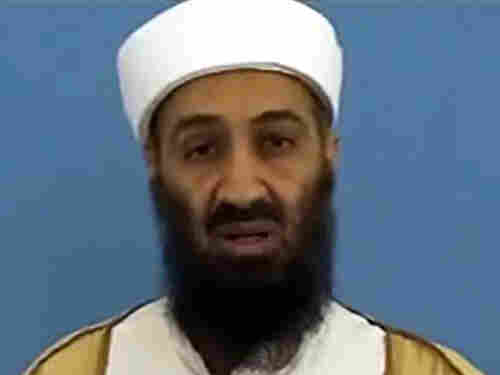 A still image from video released Saturday (May 7, 2011) by the US Department of Defense shows Osama bin Laden. AFP/Getty Images hide caption

The question of whether it was right to celebrate the killing of Osama bin Laden has resulted a great deal of passionate discussion. Our colleague Linton Weeks took on the question hours after impromptu celebrations erupted in front of the White House and near Ground Zero in New York City and NPR's Talk of Nation dedicated a segment to the question, last week.

Today, the Public Religion Research Institute released the findings from a survey taken days after the killing of bin Laden and found that most Americans think it is "wrong to celebrate the death of another human being, no matter how bad that person was."

"The broad agreement that it is wrong to celebrate Osama bin Laden's death is striking, especially because nearly two-thirds of Americans also believe that bin Laden will be eternally punished in hell for his sins," Dr. Robert P. Jones, CEO of Public Religion Research Institute, said in a press statement. "Interestingly, nearly half of the religiously unaffiliated say bin Laden will be punished in hell for his sins."

Here are a few more highlights from the survey, which has a 3 percent margin of error:

-- 49 percent say the use of torture against suspected terrorists is never justified. 43 percent disagree.

-- 53 percent of Americans say the U.S. should follow the Golden Rule, that is to say that the U.S. should not "use any methods on our enemies that we would not want used on American soldiers." That is down from 62 percent in 2008.

-- 65 percent say bin Laden "will be eternally punished for his sins in hell."