Accessibility links
Germany Convicts Former U.S. Autoworker Of Nazi Crimes : The Two-Way A German court has convicted 91-year-old John Demjanjuk as an accessory to the murders of Jews at a concentration camp in Nazi-occupied Poland. 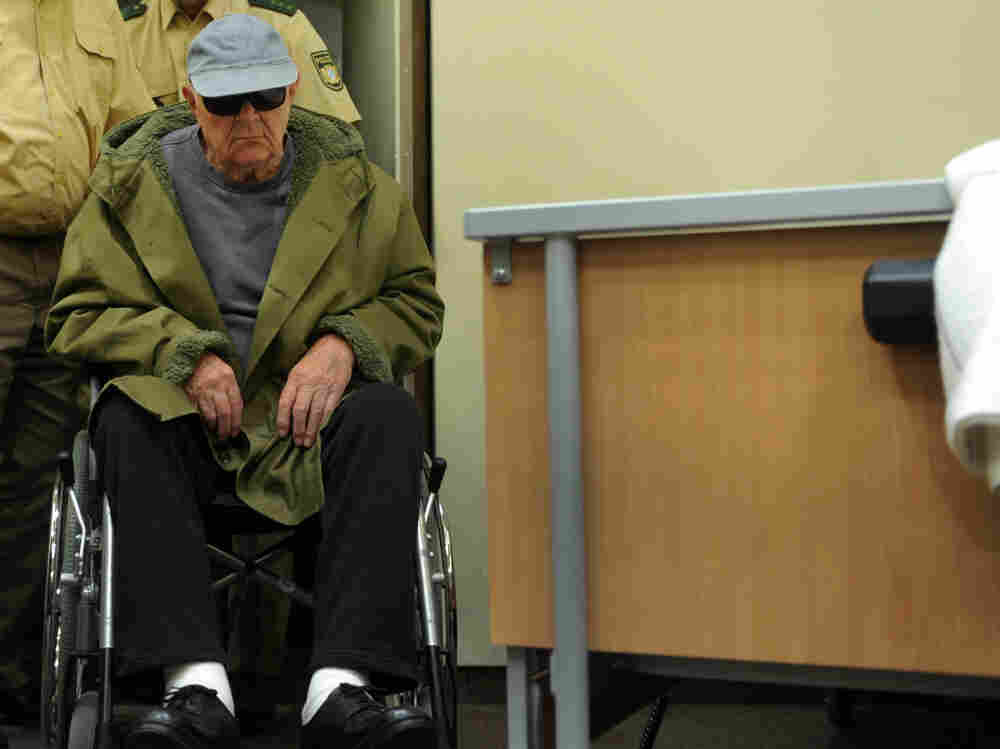 Defendant John Demjanjuk arrives at court for his trial on May 12, 2011 in Munich, Germany. CHRISTOF STACHE/AFP/Getty Images hide caption 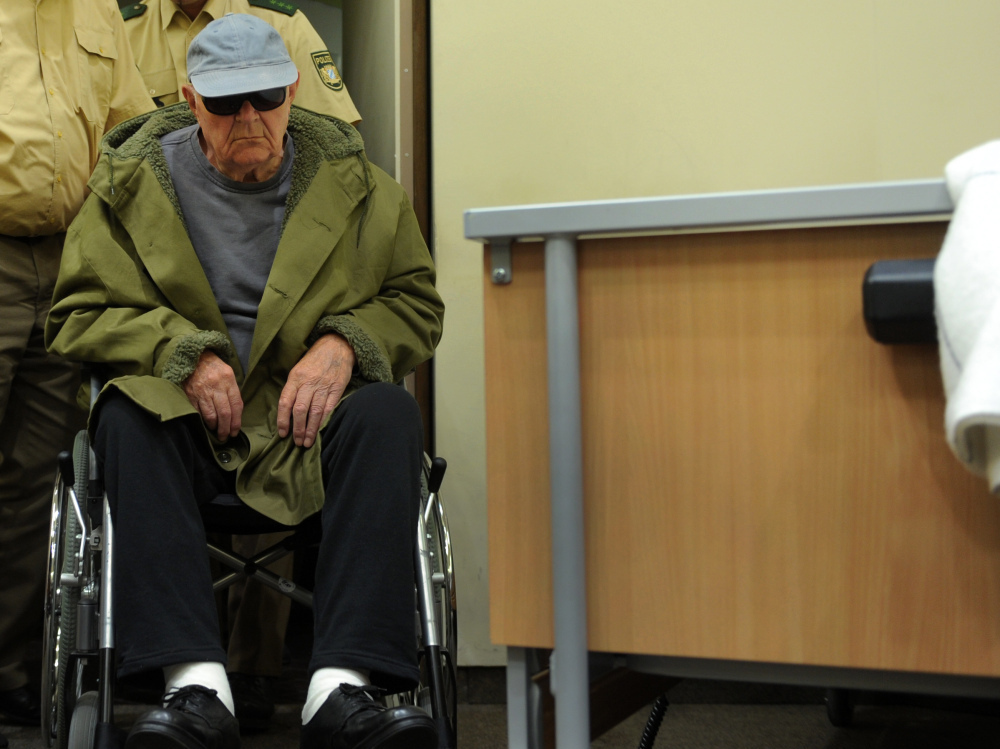 Defendant John Demjanjuk arrives at court for his trial on May 12, 2011 in Munich, Germany.

A German court has convicted 91-year-old John Demjanjuk as an accessory to the murders of Jews at a concentration camp in Nazi-occupied Poland. The trial has lasted for 18 months; the elderly Demjanjuk attended court in a wheelchair or in a hospital bed. The AP says he refused the court's offer to make a final statement.

He's been sentenced to five years in prison. There's no direct evidence he committed a crime at Sobibor camp and no living witnesses testified, so prosecutors used wartime documents to build the case. 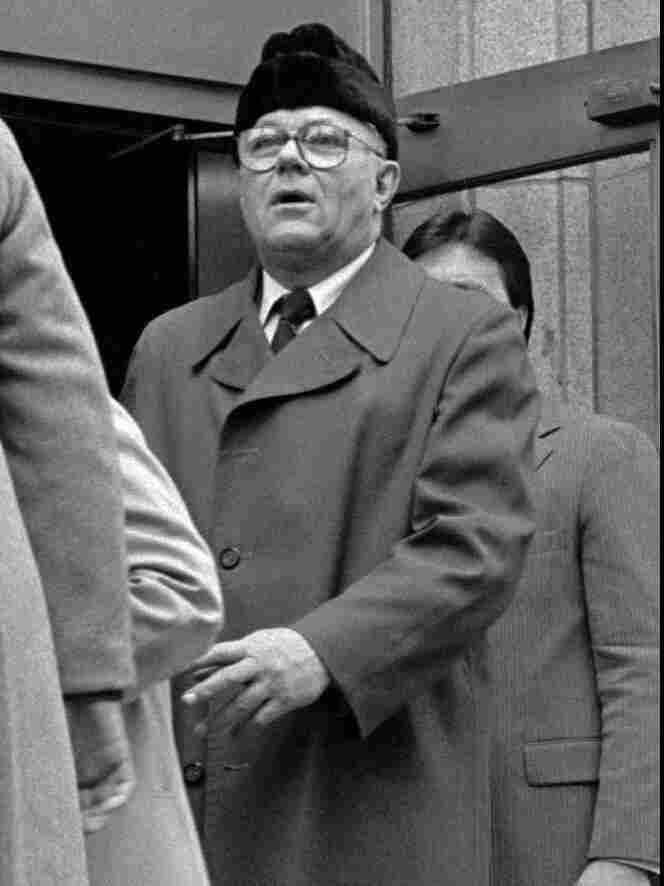 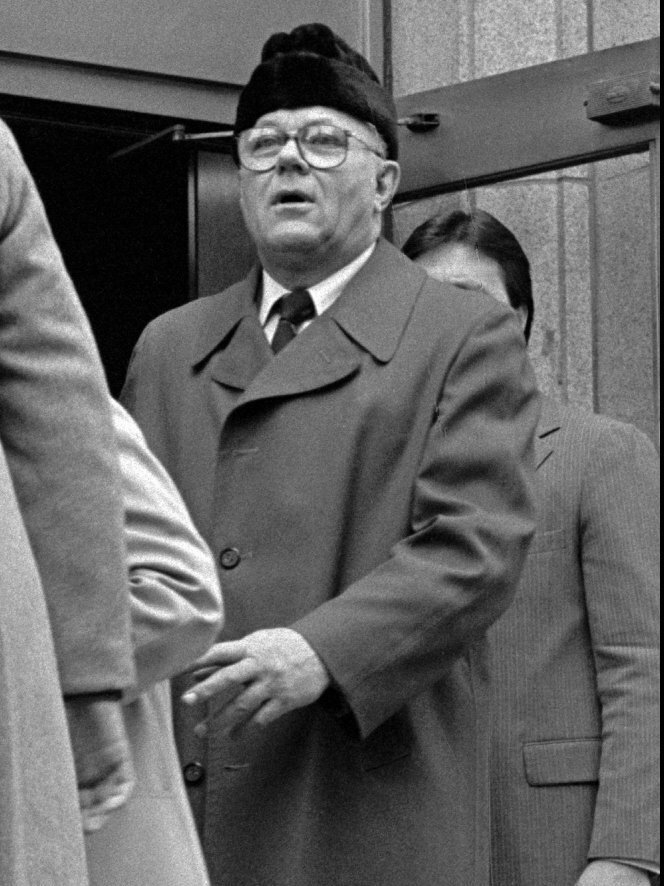 Demjanjuk maintains he was a Soviet prisoner of war who was forced into labor and plans to appeal the verdict, but he's been very ill, according to the BBC.

He's already spent eight years in an Israeli prison convicted of crimes he allegedly committed as 'Ivan the Terrible', a notorious guard at the Treblinka camp in Nazi-occupied Poland. But his conviction and death sentence were overturned after the Israeli Supreme Court ruled there was reasonable doubt he worked at that camp, as Bloomberg notes.

The BBC profiles Demjanjuk's trials, his birth in Ukraine and service in the Soviet Red Army. Although naturalized as a U.S. citizen, he's been stripped of it twice.

Lutz says: "Nearly 70 years after the crime we have been able to prove the guilt of the accused. The accused was a victim of German aggression as shown by the trial. But he later became a criminal of his own will. He could have withdrawn from his job in the concentration camp in Sobibor. But he didn't do this. ..."

Busch says: "Our client regards the verdict as injust. And we will appeal against the verdict. But for now he is glad to be free again. We have now his health and social problems to deal with. And that will be the most pressing issue for the next days."

NPR's Eric Westervelt tells us that Demjanjuk's appeal of his conviction, court officials say, could take up to six months. Meanwhile, as we reported earlier, he will be free.

The AP just reported that Demjanjuk has been released "pending appeal of his conviction."