Accessibility links
Now We Know: Donald Trump's Hair Care Secrets : The Two-Way "I get a lot of credit for comb-overs," he tells Rolling Stone. "But it's not really a comb-over. It's sort of a little bit forward and back." 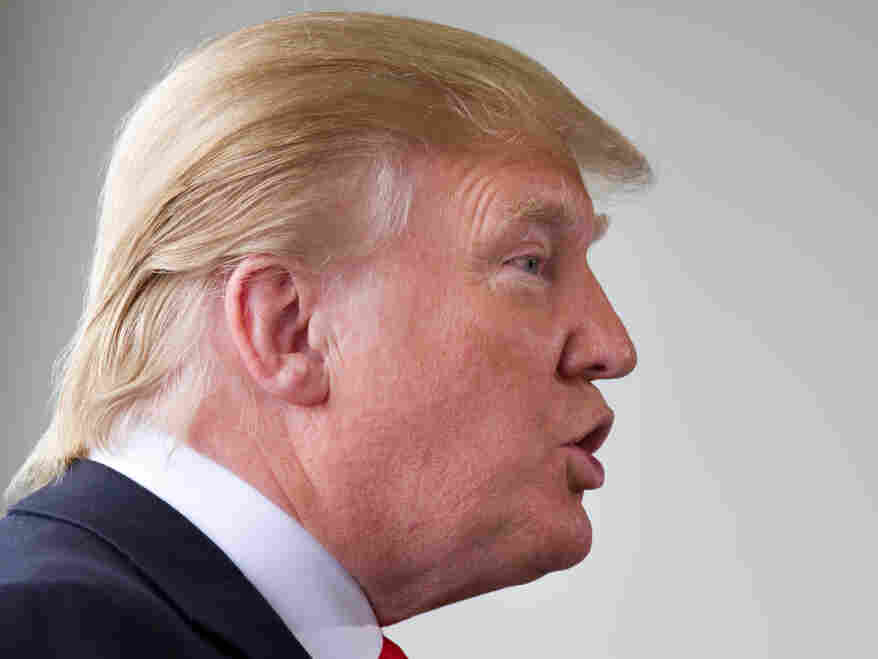 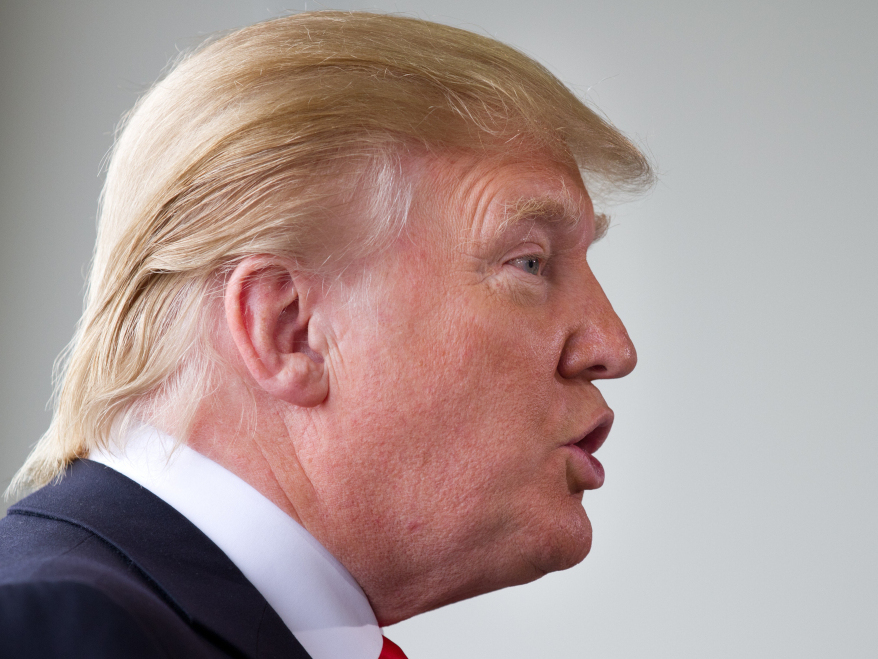 Leave it to Rolling Stone to get to the root, so to speak, of a question that's been on the minds of some Americans for a couple decades now:

How does developer/reality TV personality/would-be politician Donald Trump get his hair to do that?

Well, Trump says it's not a comb-over.

Here, from the lengthy RS piece that ranges from what's in his wallet (a gun permit and golf club membership card) to what he wears in bed ("the undies"), is what The Donald has to say about his hair care regimen:

"OK, what I do is, wash it with Head and Shoulders. I don't dry it, though. I let it dry by itself. It takes about an hour. Then I read papers and things. ... I also watch TV. I love Fox, I like Morning Joe, I like that The Today Show did a beautiful piece on me yesterday — I mean, relatively speaking. OK, so I've done all that. I then comb my hair. Yes, I do use a comb. ...

"Do I comb it forward? No, I don't comb it forward. ... I actually don't have a bad hairline. When you think about it, it's not bad. I mean, I get a lot of credit for comb-overs. But it's not really a comb-over. It's sort of a little bit forward and back. I've combed it the same way for years. Same thing, every time."

Gawker, by the way, posted video last December that does indeed seem to show that Trump has a pretty good hairline (especially compared to this blogger). And Vanity Fair has done a rather irreverent "360-Degree Annotated Slide Show Of Donald Trump's Head."