Accessibility links
Nervous Because It's Friday The 13th? We May Be Able To Help : The Two-Way There's a theory that if you learn how to pronounce paraskevidekatriaphobia, you can get over any fear of Friday the 13th. NPR's Korva Coleman teaches us how to say it.

Nervous Because It's Friday The 13th? We May Be Able To Help 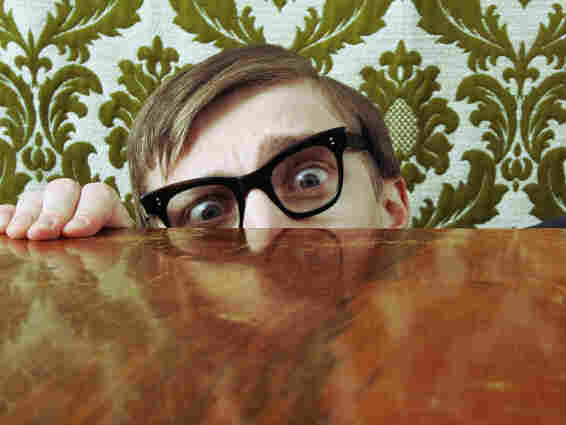 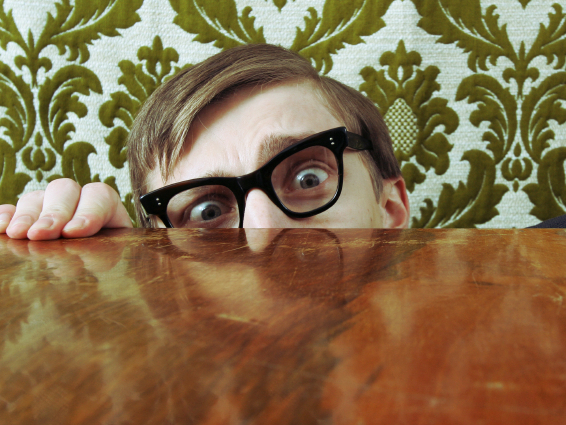 The calendar says it's Friday the 13th — the only one we encounter this year.

While you may not be worried about what's supposedly an unlucky day, it seems that many folks are. Gallup has asked about the number 13 and found that 9 percent or so of Americans concede they're superstitious about the number. And About.com's Urban Legends has been asking about Friday the 13th . Its unscientific survey shows about 40 percent of those who responded are "very" or "a little bit" superstitious about the day. 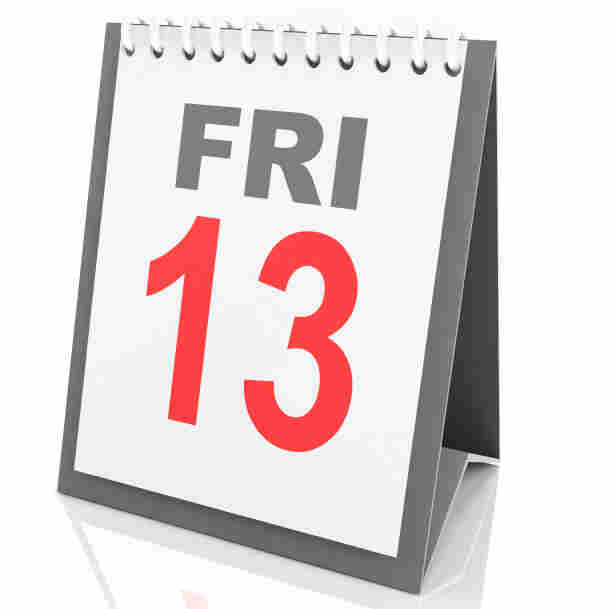 One name for the fear of Friday the 13th is friggatriskaidekaphobia. iStockphoto.com hide caption 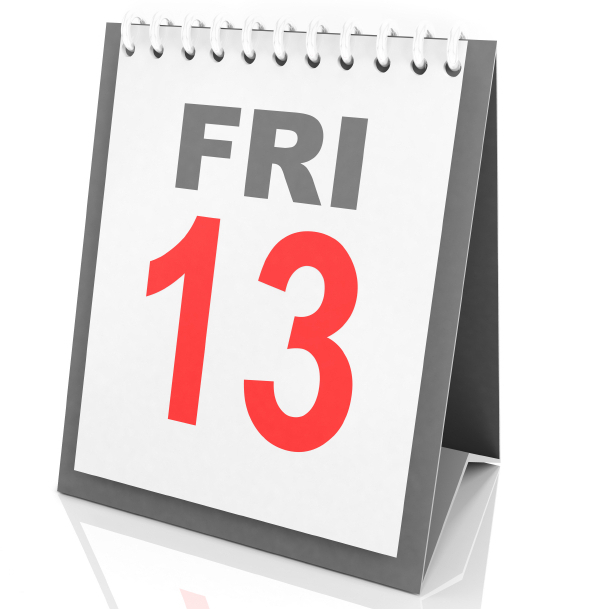 One name for the fear of Friday the 13th is friggatriskaidekaphobia.

We may be able to help.

One name for the fear of Friday the 13th is friggatriskaidekaphobia.

The other is paraskevidekatriaphobia. And there's a thought, suggested by Dr. Donald Dossey at the Stress Management Center/Phobia Institute in Asheville, N.C., that "when you learn to pronounce it, you're cured!"

So we turned to our resident expert on pronunciations — Korva Coleman.

"Break it down into syllables," she advises. "When you take a look at that middle "i" after the "v" ... it's pronounced like a double "e."

She offers this audio lesson: