Accessibility links
Libyan Opposition Leader: The Revolution Is Led By 'New Breed Of Generations' : The Two-Way Mahmoud Gebril ElWarfally said the uprising in Libya, like the rest of the Arab Spring, is about democracy and the desire for a dignified life. 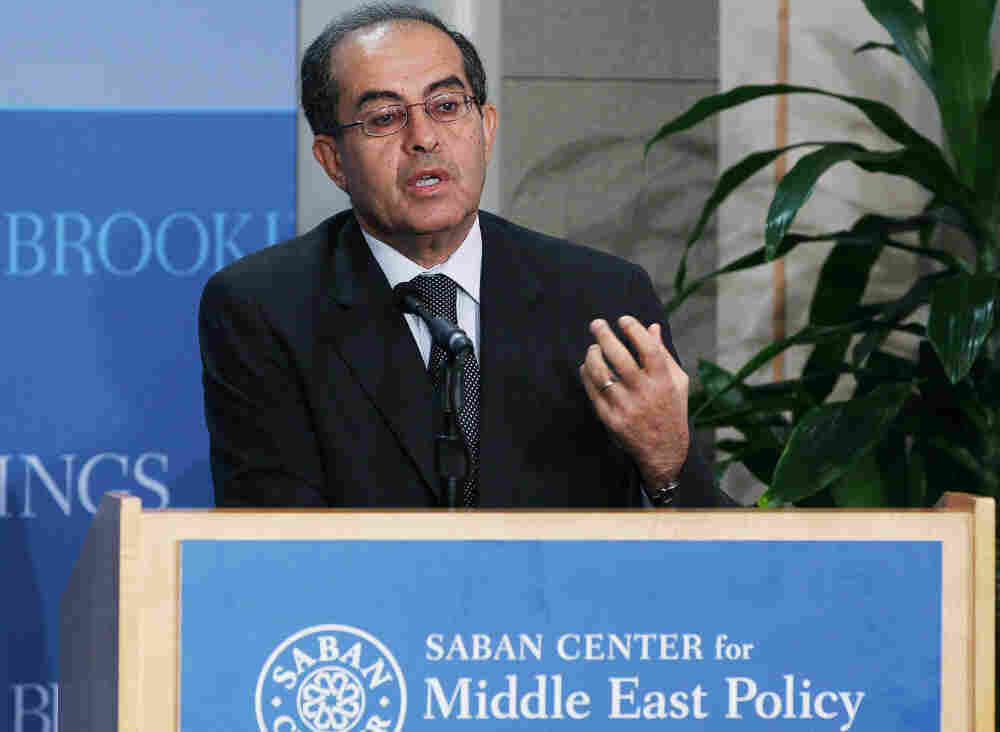 Dr. Mahmoud Jibril, interim prime minister of the Libyan Transitional National Council, speaks during an a event at the Brookings Institute on May 12. Mark Wilson/Getty Images hide caption 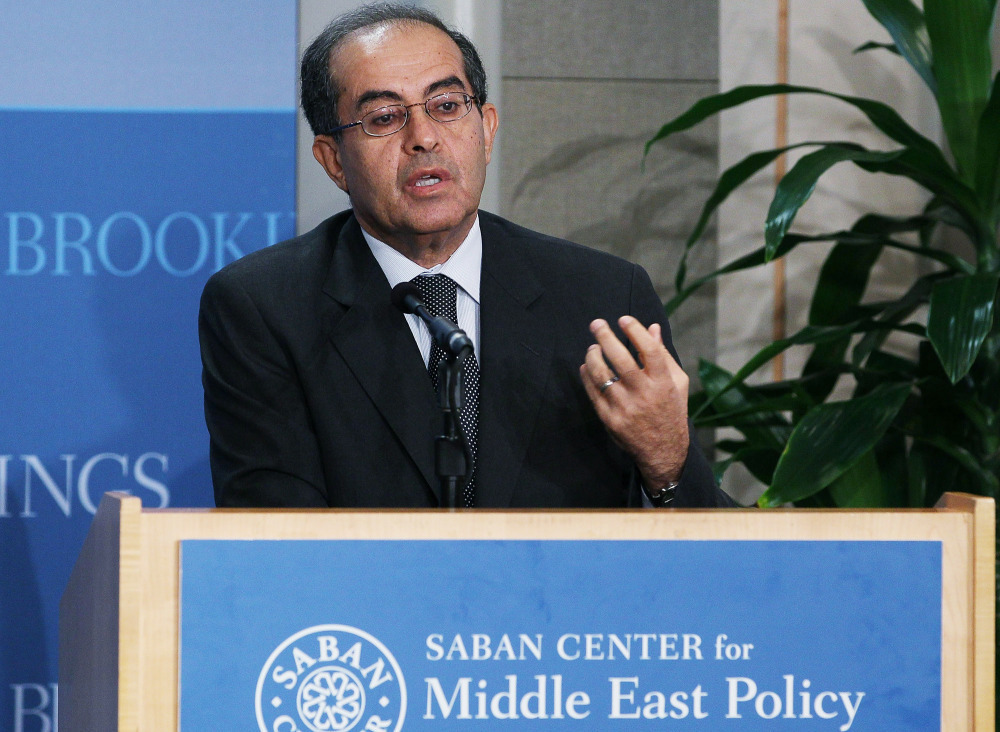 Dr. Mahmoud Jibril, interim prime minister of the Libyan Transitional National Council, speaks during an a event at the Brookings Institute on May 12.

Mahmoud Gebril ElWarfally is in Washington this week with a delegation of Libyan opposition leaders. Gebril has been named prime minister of Libya's interim government, the Transitional National Council, and he's meeting with Obama administration officials including the Treasury to make the opposition's case.

In a wide-ranging conversation with NPR's Robert Siegel, Gebril said a part of his mission is to clarify some misconceptions, especially about the nature of the uprising in Libya.

"This is a genuine revolution," said Gebril. It's revolution led by a "new breed of generations calling for new types of regimes in the Middle East." Gebril said the Libyan uprising was part of a new global world and the revolutions in Egypt and Tunisia could not be separated from what the Libyans are attempting:

Robert pressed Gebril, asking him how much of the uprising is motivated by dueling tribes. Gebril said that this is a new day in the Middle East. The Transitional National Council, he said, is made up of 31 members from different parts of Libya.

"In the first statement from TNC, we said Tripoli is our capital and that was to project the message that this is a national struggle against a tyrant," said Gebril. Throughout the interview, he returned to the idea that this revolution, part of what's come to be known as the Arab Spring, is different from what's happened in the Arab world before.

He points to Tahrir Square, where he said millions protested and the U.S. Embassy was close by. "Nobody touched it," he said. The message of these revolutions isn't about imperialism or about Israel or Arab unity. It is, he said, about democracy and the desire for a "dignified life."

That's part of the reason, he said, the Libyan opposition would not accept ground troops:

"This is what Gadhafi wants, so he can turn the tables on us and say this is a foreign invasion," he said.

In his eyes, it's also why the United States should change its foreign policy tact.

The U.S., he said, wouldn't call for a large military base in Libya. "I think McDonald's culture is more effective than military bases," he said.

At the very practical level, Gebril came to the United States to try and sway the government into releasing some of the $34 billion in frozen Gadhafi assets. Sen. John Kerry (D-Mass.) has said he is drafting legislation to do just that. But Gebril said the Treasury told him they need an executive order to release it.

Gebril said, according to the United Nations, the money can't be used to solidify the opposition's military forces, but he said it is essential to deal with the humanitarian crisis. He said he understands the legal limitations the U.S. is under, but says the opposition is seeking to in the least be recognized politically.

France and Italy are some of the countries that have recognized the Transitional National Council as the legitimate government of Libya.

Gebril said the United States has two options in Libya: It can be a democratic republic that influences Egypt to its west, Morocco and Algeria to its east, and the rest of the African continent to its south, or it can be a destabilizing force in the region.

"If Libya falls in the hands of an extreme group, not a democratic state, then the spread of terrorism in that area is unstoppable."

We'll leave you with a bit of audio, in which Gebril explains his relationship to the Gadhafi regime. It's fascinating:

To listen to the full interview, tune into All Things Considered on your local NPR member station. We'll post the as-aired version of the interview, here, later today.