Accessibility links
Ex-Egyptian Special Forces Colonel Is Al-Qaida's Interim Leader, CNN Reports : The Two-Way Saif al-Adel is "a seasoned operator, he has experience, he has the bona fides within the organization," one expert tells NPR.

"An Egyptian who was once a Special Forces officer has been chosen 'caretaker' leader of al Qaeda in the wake of Osama bin Laden's death," CNN's Peter Bergen is reporting. 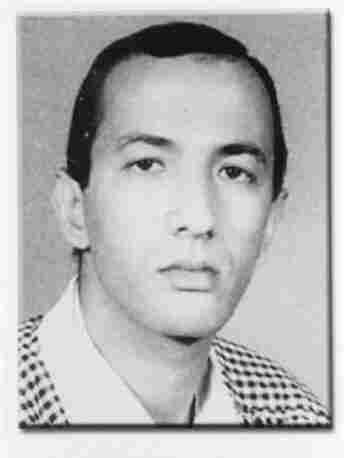 Egyptian Saif al-Adel, in an image released by the FBI. AP hide caption 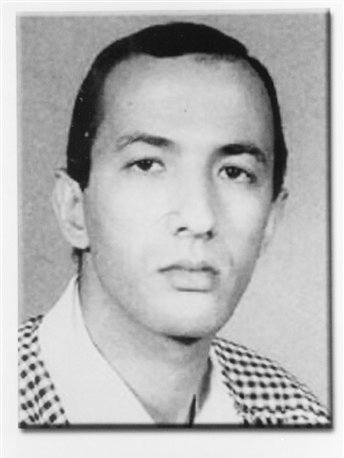 Egyptian Saif al-Adel, in an image released by the FBI.

Bergen, an expert on terrorism who has been covering al-Qaida and bin Laden for two decades or so, says he's gotten that word from "a source with detailed knowledge of the group's inner workings" — Noman Benotman, [who] "has known the al Qaeda leadership for more than two decades. He was once a leader of the Libyan Islamic Fighting Group (LIFG), a militant organization that used to be aligned with al Qaeda, but in recent years renounced al Qaeda's ideology."

The reported choice is Saif al-Adel. As NPR's Dina Temple-Raston reported on May 3, Adel is among the "rising stars" who bin Laden reportedly put in place to potentially lead al-Qaida after his death. She added that:

"A former colonel in the Egyptian special forces, he rather famously spent nine years under house arrest in Iran. It wasn't until late last year that he returned to Pakistan to fight with al-Qaida.

" 'He's a seasoned operator, he has experience, he has the bona fides within the organization,' said Rick 'Ozzie' Nelson of the Center for Strategic and International Studies in Washington, running down Adel's resume. 'He's been with al-Qaida for many years, and that's critical to minimize the effect of losing bin Laden.' "

Note: NPR follows Associated Press style on the spelling of al-Qaida. Bergen, and many news outlets, uses a different spelling.