Accessibility links
Study Outlines Causes Of Clergy Sex Abuse : The Two-Way The study, the most extensive on sexual abuse in the Catholic church, found that a spike in abuse in the '60s and '70s was due to ill-prepared priests facing a sexual and social revolution. 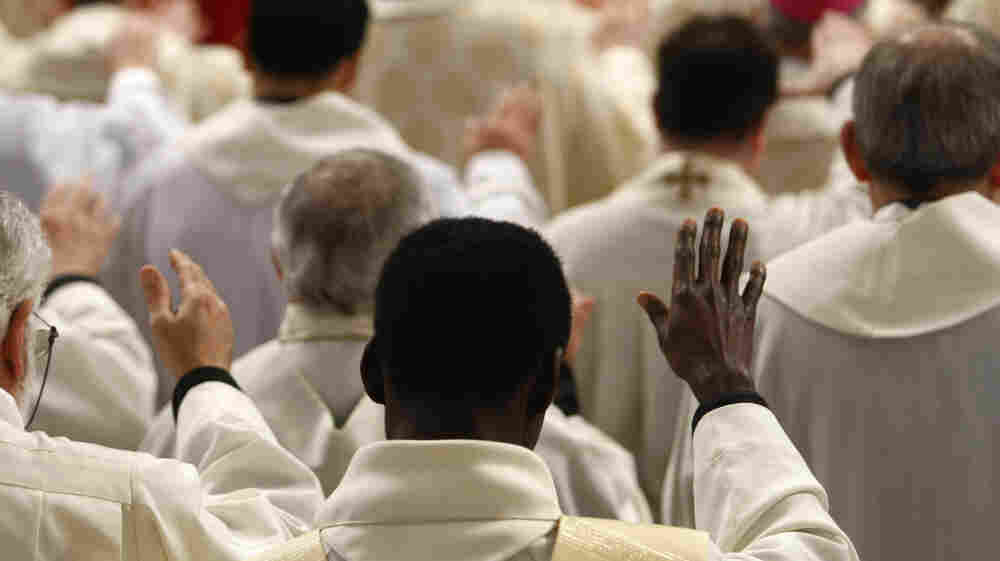 Priests follow a Mass at the Vatican. The clergy sex abuse scandal that erupted in Boston in 2002 has cost U.S. dioceses nearly $3 billion and has spread to Europe and beyond. Pier Paolo Cito/AP hide caption 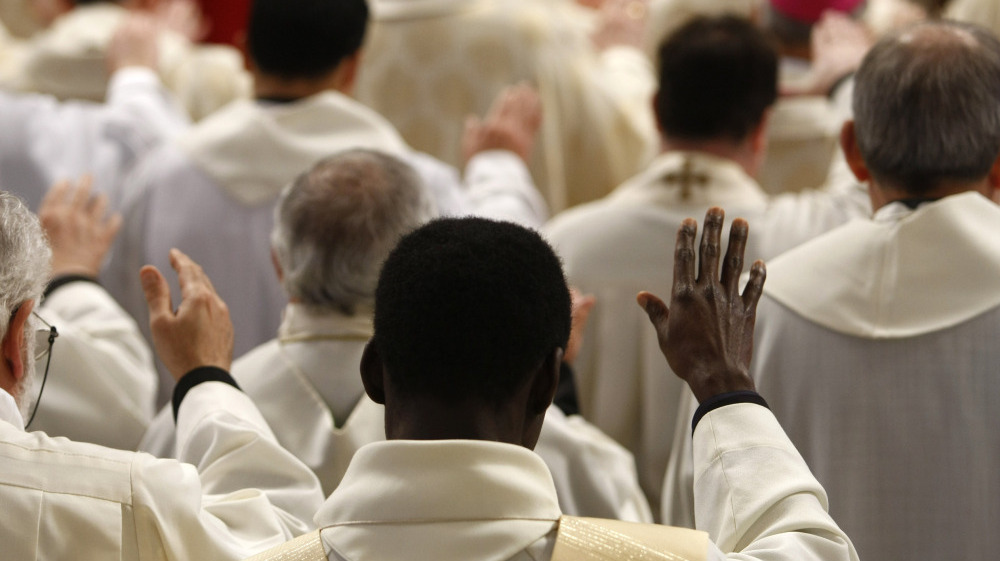 Priests follow a Mass at the Vatican. The clergy sex abuse scandal that erupted in Boston in 2002 has cost U.S. dioceses nearly $3 billion and has spread to Europe and beyond.

A five-year study commissioned by Roman Catholic bishops in the United States concluded the sexual abuse crisis in the Catholic Church was caused by poorly prepared priests in the midst of the social and sexual revolution of the Woodstock Era.

Researchers at John Jay College of Criminal Justice at the City University of New York, who spent five years conducting the most expensive and extensive study of sexual abuse in the Catholic church to date, concluded that homosexual priests were no more likely to abuse than heterosexual priests.

They also found that celibacy could not be blamed for the abuse epidemic. Nor could seminaries have done a better job screening for likely offenders because abusive priests had no common profile.

Wrote the authors: "The most significant conclusion drawn from this data is that no single psychological, developmental, or behavioral characteristic differentiated priests who abused minors from those who did not."

The 300-page report titled The Causes and Context of Sexual Abuse of Minors by Catholic Priests in the United States, 1950-2010 is set to be released later today, but the Religion News Service published an account of the report, yesterday.

The News Service reports that the huge spike in abuse cases in the '60s and '70s had to do with ill-equipped priests who "lost their way in the social cataclysm of the sexual revolution."

The News Service adds the the U.S. bishops paid for half of the estimated $1.8 million price tag. The Service says the report lays out a series of complex truths and challenges some basic assumptions made about the sexual abuse scandals that have rocked the church since the early 2000s.

One of the biggest, the News service reports, is that "of nearly 6,000 priests accused of abuse over the past half century (about 5 percent of the total number of priests serving during that period), less than 4 percent could be considered pedophiles, the report notes — that is, men who prey on children."

The New York Times reports that this finding in particular will be controversial:

...The report employs a definition of "prepubescent" children as those age 10 and under. Using this cutoff, the report found that only 22 percent of the priests' victims were prepubescent.

The American Psychiatric Association's Diagnostic and Statistical Manual of Mental Disorders classifies a prepubescent child as generally age 13 or younger. If the John Jay researchers had used that cutoff, a vast majority of the abusers' victims would have been considered prepubescent.

Criticism of the study, reports the Boston Globe, is already spreading. Bishop Accountability, an organization that investigates the abuse crisis, said the study "minimizes the gravity of their crimes, and gives short shrift to the 'other crime' — the enabling, concealing, and fostering of abuse by the U.S. bishops and the Vatican bureaucracy."