Accessibility links
United: Reinstating 9/11 Flight Numbers A Mistake : The Two-Way United Airlines said the reinstatement of the flight numbers UA093 and UA175 was a mistake. 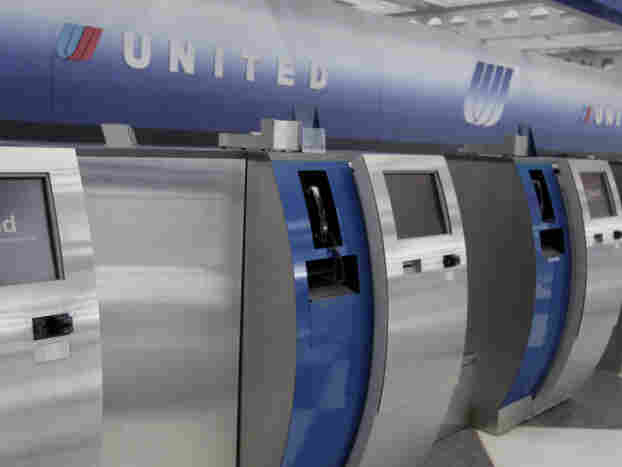 Last night, Airline Route, a blog that reports on air routes, reported that United Airlines was reinstating flight numbers UA175 and UA093. The two numbers had been retired since Sept. 11, 2001, when Flight 175 crashed into the South Tower of the World Trade Center and Flight 93 crashed into a field in Pennsylvania.

Today, responding to a report on Time's Newsfeed blog, United said the reinstatement was a mistake:

United/Continental spokesperson Julie King contacted NewsFeed Wednesday morning to say that, yes, that had in fact happened, but that the reinstatement was a mistake: "We regret that these flight numbers were inadvertently reinstated in our system. We are taking immediate steps to remove them and apologize for the error."

Before United responded, the flight attendant's union had sent out a stern statement:

"September 11, 2001 forever changed our airline and our country. Everything changed that day and we will never forget the heroic actions of our friends and colleagues or the pain of their loss," stated Greg Davidowitch, president of AFA at United Airlines. "We have advised United Airlines that reinstatement of flights 93 and 175 is a terrible misstep. Out of respect for those who lost their lives and those who will always remember our heroes, United Airlines must what should have already been done - immediately and permanently retire these flight numbers."