Accessibility links
'Judgment Day' Entrepreneurs And Pranksters Are Revved Up For Saturday : The Two-Way An evangelical radio broadcaster who has said before that Judgment Day was coming, has predicted that this time it really will happen on May 21. Care to pay someone to take care of your pet in case you're swept up to heaven? You can.

'Judgment Day' Entrepreneurs And Pranksters Are Revved Up For Saturday

'Judgment Day' Entrepreneurs And Pranksters Are Revved Up For Saturday 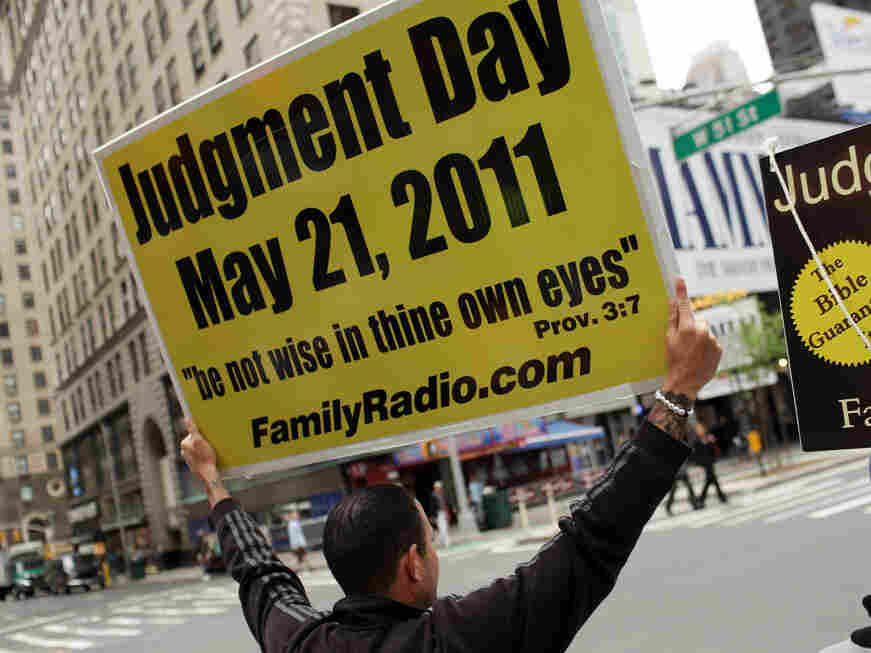 New York City, May 13: Some believers expressed their views on the streets of Manhattan. Spencer Platt/Getty Images hide caption 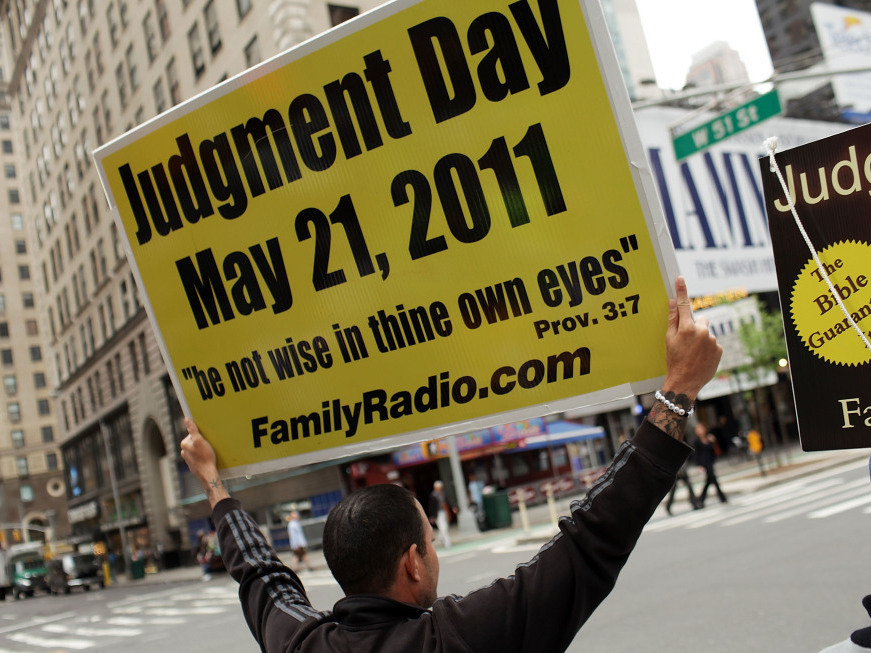 New York City, May 13: Some believers expressed their views on the streets of Manhattan.

If you haven't heard by now, there's still time to do whatever you think you need to do to get ready.

For Judgment Day on Saturday, that is.

As we've previously reported, an evangelical radio broadcaster who has said before that the end of the world was coming, has predicted that this time it really will happen on May 21. Jesus Christ will return to "gather the faithful into heaven," as The Associated Press puts it.

Harold Camping's forecast hasn't caused much concern, as far as we can tell. And on Twitter it's inspired some pretty amusing messages:

-- "kevinism" suggests a "#Rapture prank: On Saturday, take some of your old clothes and shoes and leave sets of them arranged on sidewalks and lawns around town."

-- "BackpackingDad" wonders "what's the timezone for the #Rapture? Do we go on Vatican time, or does Auckland go first and Hawaii has to wait all day?"

-- "cutnsew" says "yes,a pub is a must. We also need to surrounded ourselves with significantly slower individuals #zombieapocalypse #rapture."

Meanwhile, this rapture talk also has some entrepreneurs excited.

-- There's Eternal Earth-Bound Pets, USA, a business run by atheists which for $135 will take care of your dog or cat if you're among those believers who are whisked away on Saturday. (NOTE added on March 22, 2012: The man behind that business now says it was all a hoax and he never did get any clients, as he had previously claimed. See this post for more.)

-- And there's You've Been Left Behind, which for $14.95 will send e-mails or digitized documents you want delivered to friends or relatives in the event that you're not here after the Rapture.

All this is not unprecedented, of course. The Christian Science Monitor has a tight collection of "five failed end-of-the-world predictions." Be sure to check out what the poor "Prophet Hen of Leeds" had to endure in 1806.

This makes us wonder: