With President Obama laying out his vision for U.S. policy in the Middle East and North Africa today, Indonesian President Susilo Bambang Yudhoyono has a word of advice for emerging democracies: Reform your military first.

Yudhoyono, widely known here as SBY, was first elected in 2004 and is now in his second term as leader of Indonesia. The archipelago is the world's third largest democracy after India and the United States. And it has the biggest Muslim population of any country. 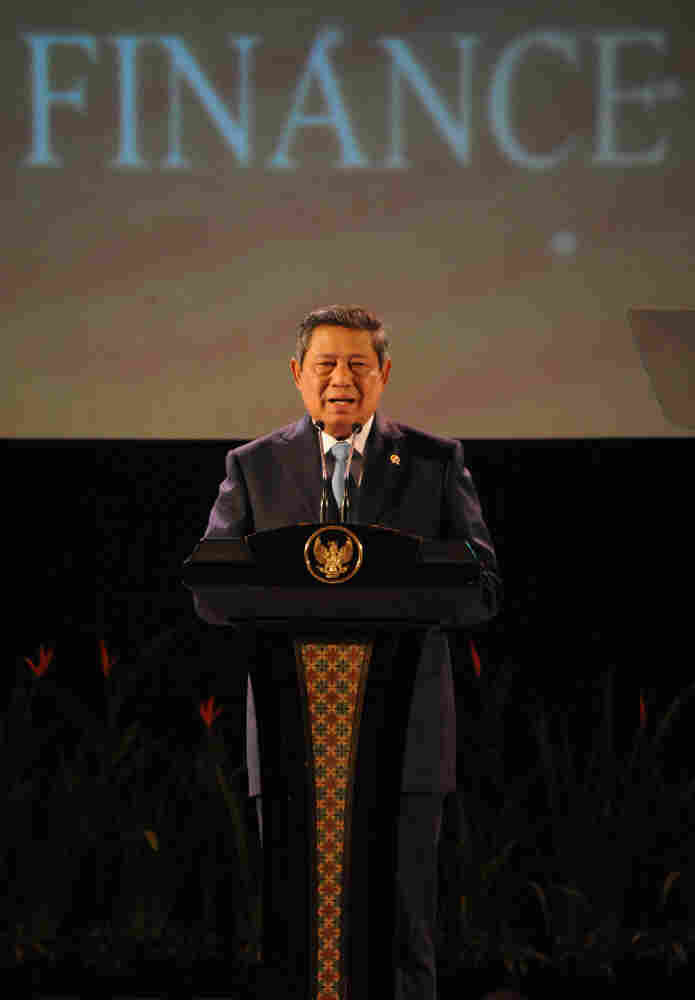 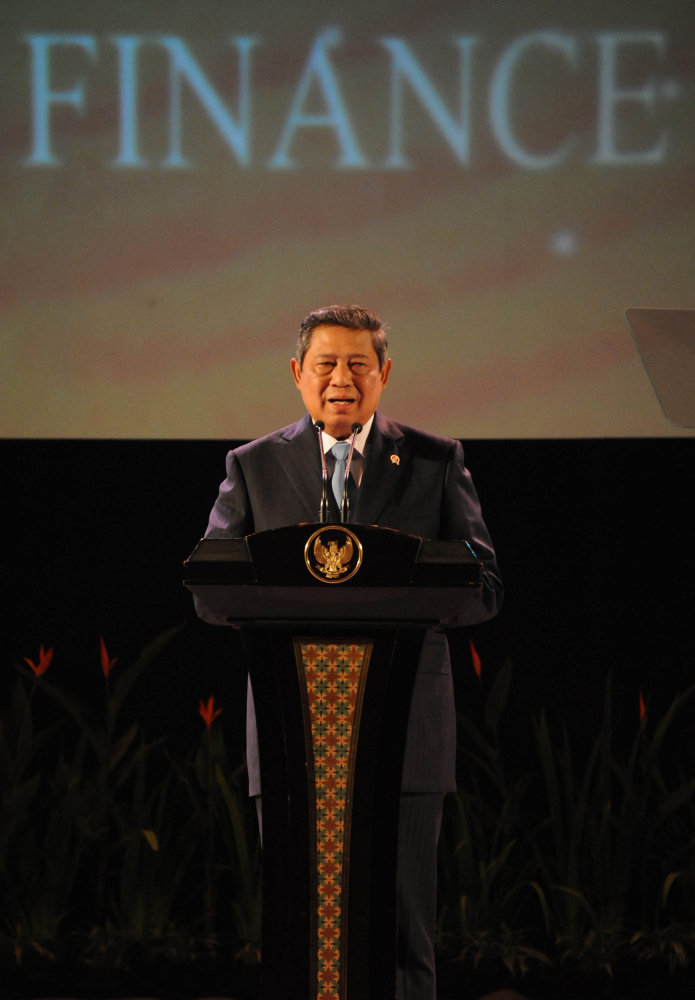 "Our reform is actually painful," Yudhoyono said. So, he added, Indonesia is in no position to "lecture" Egypt.

But, speaking from experience, the retired Army general advises that the first order of business has to be convincing the military to respect human rights, the rule of law and other tenets of democracy. In other words, convincing the soldiers and their commanders not to seize control in the rocky first days of a democracy's infancy.

"I am wondering whether in the Middle East and North Africa, whether the military can play that kind of role, reforming itself before being part of the national reforms," Yudhoyono said.

The president says with the military is on board, it's easier to get on to the other messy work of democracy.

Yudhoyono made the remarks in a session with American journalists traveling in Indonesia as part of the International Reporting Project (IRP). The 90-minute meeting covered topics including government corruption, the environment and religious intolerance.

Yudhoyono returned to a "democracy takes time" defense when responding to questions on many of those issues. He's facing criticism for not acting decisively enough on the depletion of rainforests and the spread of radical Islamic movements.

And then there's the ever-present problem of bribery of public servants. Yudhoyono and his critics rate corruption as first on his to-do list.

"This is a huge challenge, a huge task for me," SBY said.

One more thing for any new democracy to look forward to tackling.

Vickie Walton-James is a supervising editor on NPR's National Desk.