Accessibility links
Update: The Rapture Supposedly Starts Tonight : The Two-Way The evangelical radio broadcaster who says Judgment Day is nearly here has things getting started when it's 6 p.m. Saturday at the international dateline in the Pacific. That's late tonight on the West Coast of the U.S. 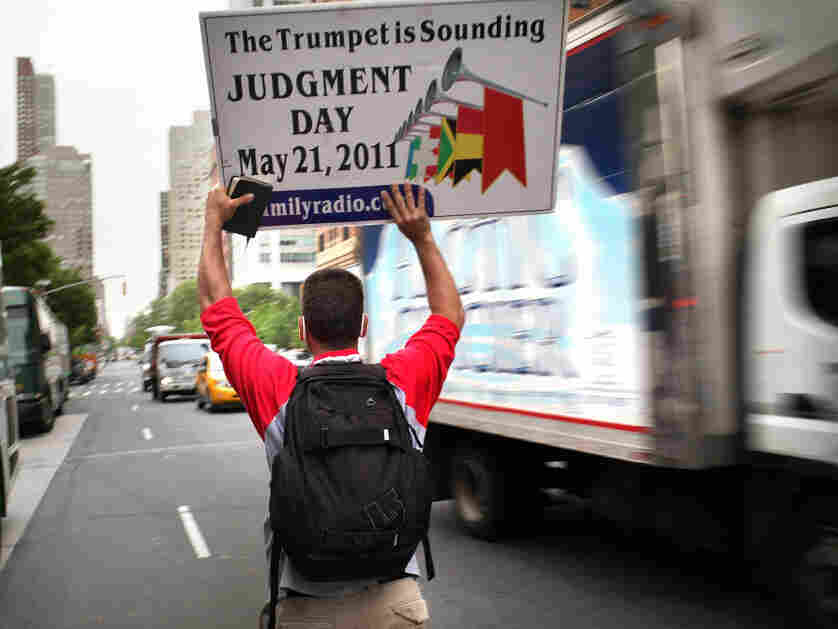 May 13: A believer walks through the streets of Manhattan. Spencer Platt/Getty Images hide caption 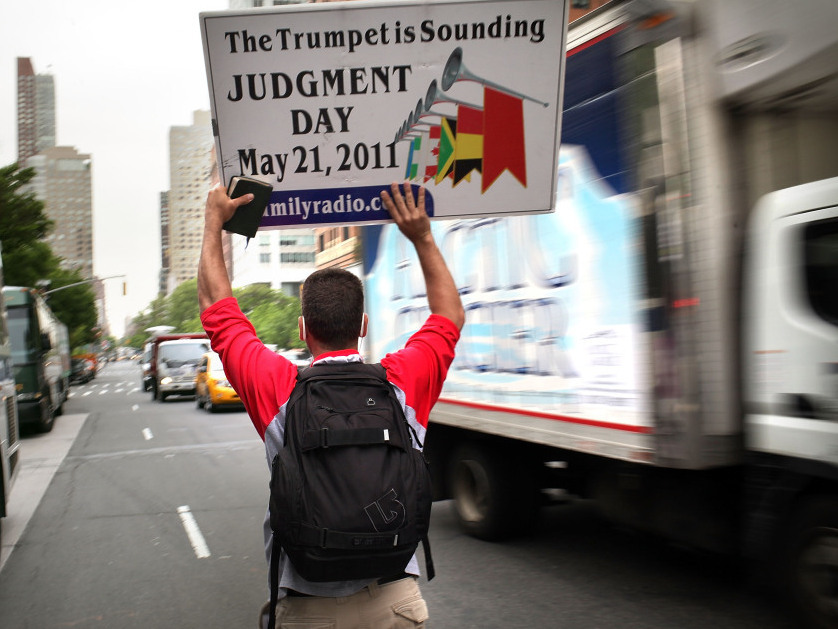 May 13: A believer walks through the streets of Manhattan.

We thought there was more time to get ready for the Judgment Day that evangelical radio broadcaster Harold Camping predicts is coming on Saturday.

But now we read in The Atlantic that Camping says the Rapture will actually get started when the clock hits 6 p.m. Saturday at the international dateline way out in the Pacific. And then, according to The Atlantic, it will spread "like a rolling brown out" as earthquakes and other disasters start happening around the world.

By The Atlantic's reckoning, things will get going at 11 p.m. tonight on the West Coast of the U.S., or 2 a.m. Saturday on the East Coast.

By the way, many of those who work for Camping's Family Radio network plan to be at their desks on Monday, CNNMoney reports.

Meanwhile, our question from Thursday is still open:

And we've got another: