Accessibility links
Tornado Forecasting Still A Short-Term Science : The Two-Way They can devastate whole towns and cities, as happened in Joplin, Mo. But tornadoes aren't massive weather events that can be forecast far in advance, like hurricanes. Forecasters can warn a day or two ahead about dangerous conditions, though. 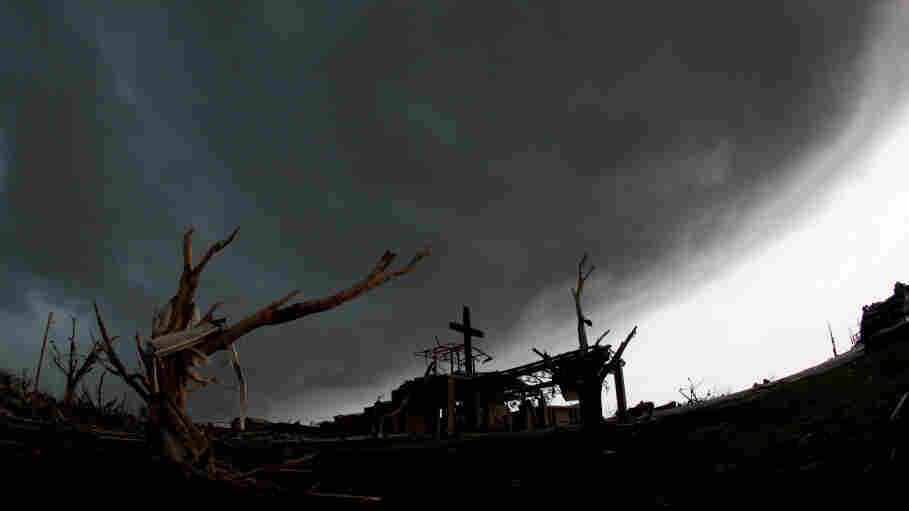 A cross stood atop a church that was severely damaged by a tornado Sunday in Joplin, Mo., as a severe storm passed overhead earlier today (May 23, 2011). Charlie Riedel/AP hide caption 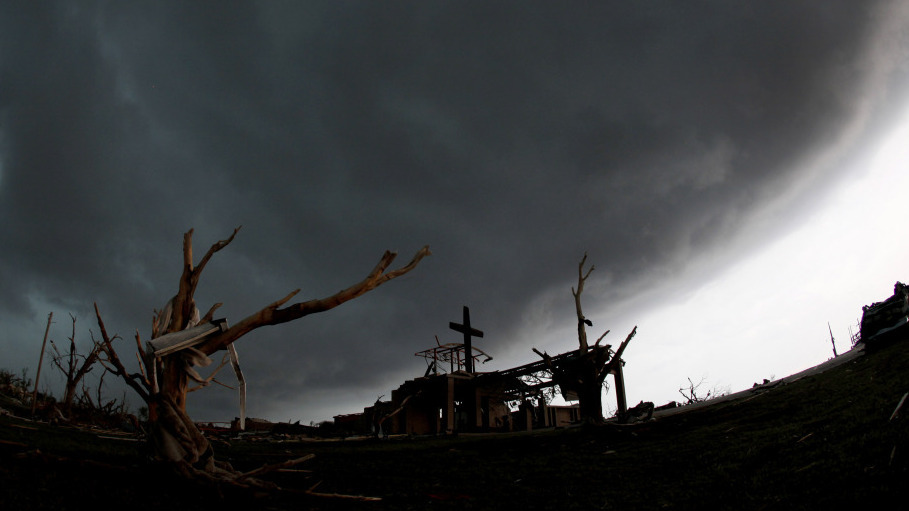 A cross stood atop a church that was severely damaged by a tornado Sunday in Joplin, Mo., as a severe storm passed overhead earlier today (May 23, 2011).

In late April, deadly tornadoes killed several hundred people in the Southeast. Twisters have been striking, as they do this time of year, across much of the eastern half of the U.S.

And then last night, the city of Joplin, Mo., was crushed by a twister that leveled homes and other buildings and killed at least 89 people as it tore through the area.

As he did in April, NPR science correspondent Jonathan Hamilton is reporting about just how much advance warning forecasters can give before tornadoes strike.

He told Morning Edition guest host Mary Louise Kelly that the experts have gotten "quite good at making short-term predictions about whether [there] are conditions" developing in a region that could produce tornadoes within the next day or two.

But tornadoes, he said, are not like hurricanes and other "large-scale events" that can be forecast and tracked over weeks and months. The conditions that produce tornadoes — including super-cell storms and temperatures — "can change dramatically" in just a day or two.

And then there's the fact that even if they do warn that the conditions that produce tornadoes are developing, the forecasters still can't say exactly where the unpredictable twisters will go.

"You really don't know if it's going to hit our house or your neighborhood," Jon noted.