Accessibility links
Hamas Foreign Minister: We Accept Two-State Solution With '67 Borders : The Two-Way In an interview with Robert Siegel, Hamas' Deputy Foreign Minister Ghazi Hamad said the group had moderated its views and seeks a peaceful solution to Israeli-Palestinian conflict.

Ghazi Hamad on All Things Considered 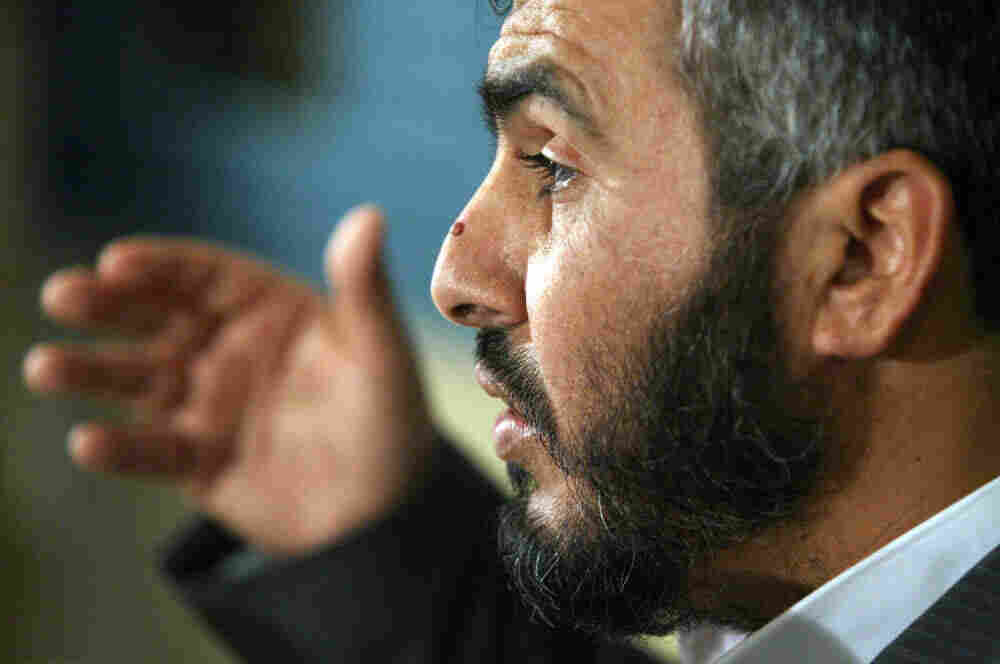 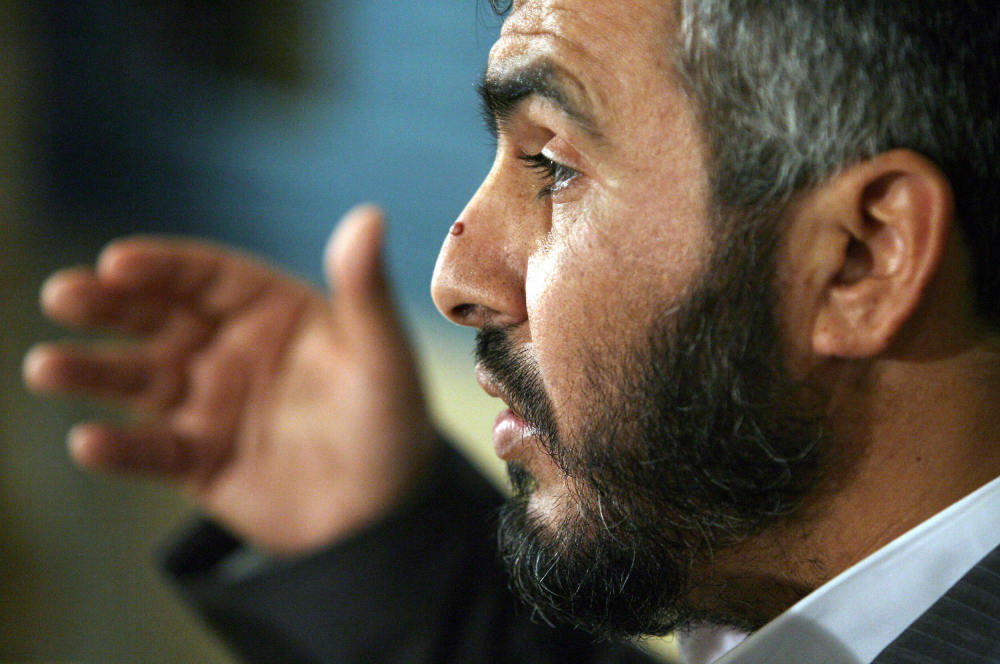 Robert asked Hamad in a very straight forward way: "If Israel were to accept a two-state solution in which Palestine would be in Gaza and the West Bank and have its capital in Jerusalem, is that an acceptable aim that Hamas is striving for or is that in and of itself insufficient because there would still be a state of Israel?"

"Look, we said, frankly, we accept the state and '67 borders. This was mentioned many times and we repeated many times," said Hamad. Here's his full answer:

Ghazi Hamad on All Things Considered

Hamas, which has been known for its rocket attacks and suicide bombings, just signed a reconciliation with its secular rival Fatah. In 2007, Hamas expelled Fatah from Gaza and the Palestinians ended up with a divided government. According to analysts, the reconciliation between the two groups means Hamas is trying to moderate its views to appeal to the West.

Hamad told Robert that people should not judge Hamas on what it used to be before:

Ghazi Amad on All Things Considered

"I think Hamas shows a lot of flexibility. We became more pragmatic, more realistic. Hamas is ready to go more and more for political solutions. Hamas could be a good player in making peace in this region, but don't use sticks against him, and punishment against Hamas," Hamad said, referring to the sanctions imposed after Hamas won a decisive majority in the Palestinian Parliament in 2006.

In an analysis piece by the Associated Press, they point out that Hamas' more moderate stance may be genuine:

Both Hamas officials and outside analysts say the group has learned some bitter lessons during its four years in power in Gaza. The impression is that Israel's blockade, which caused widespread hardship in the crowded territory, a blistering Israeli military offensive two years ago and the uprisings throughout the Arab world have all factored into its thinking.

Hani Masri, a Palestinian commentator who sometimes mediates between Hamas and its secular rival, Fatah, said Hamas realized that to lead the Palestinians, it needs "acceptance by the international community, particularly the West."

"We are just fighting against occupation," Hamad said. "We are figting to liberate our homeland. This our ambition."

Hamad also said Hamas was "not in the pocket" of Iran or Syria. Hamad made much the same comments on the BBC's Hardtalk. But PressTV, the Iranian government's English-language news service, reports that Hamad told them Hamas would "never recognize Israel."

For it's part, Israeli Prime Minister Benjamin Netanyahu has made it clear that Israel wants nothing to do with a Palestinian government that includes Hamas.

"A leopard has sunk its teeth in our flesh, in the flesh of our children, wives, our elderly, and we will not be tempted to believe that this leopard has now changed its spots," Netanyahu told the AP. "We will not ignore its voracious growls. We will strike it down."

Note we've added the interview as it aired on All Things Considered at the top of this post.