Accessibility links
California Prison Doors Not Likely To Swing Open, Officials Say : The Two-Way Though the U.S. Supreme Court has ordered a 33,000-inmate reduction, officials already have plans to transfer many nonviolent offenders to county jails. And they have two years to get things done. 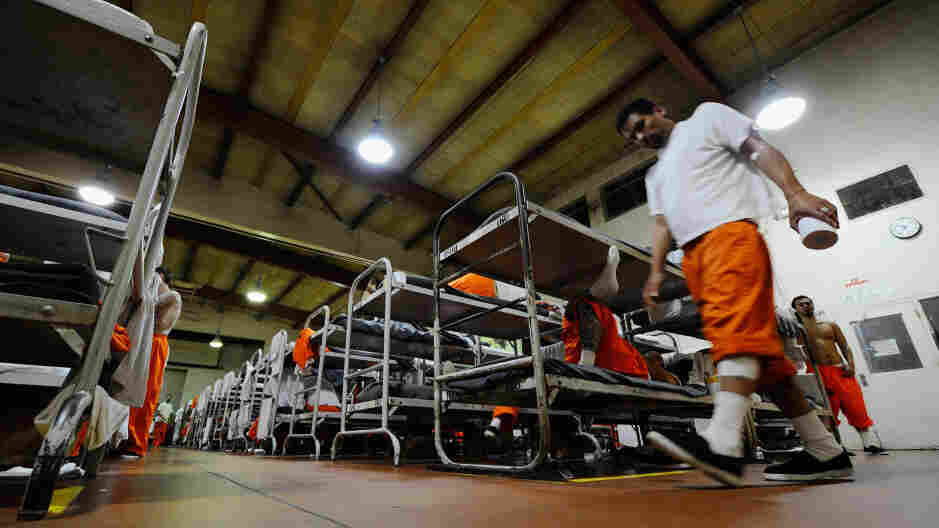 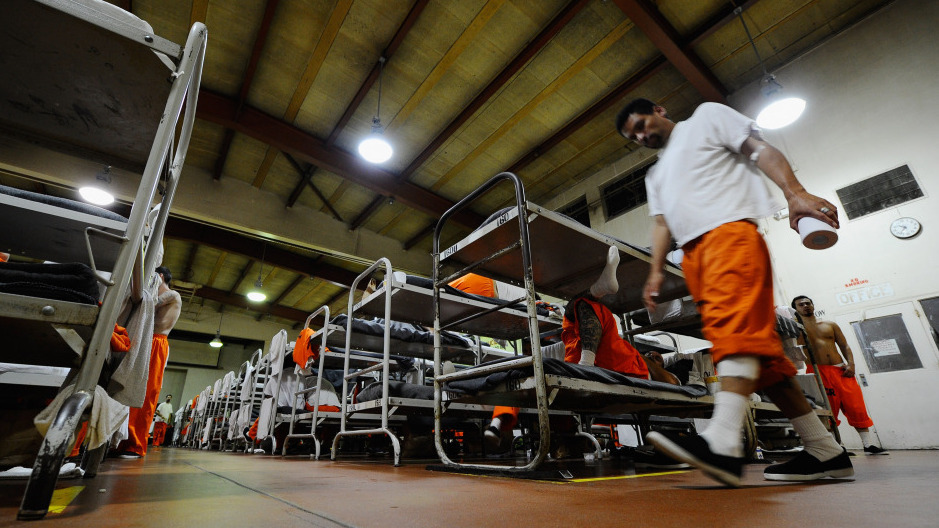 It's "not at all clear" that Monday's U.S. Supreme Court ruling ordering California to reduce its prison population by about 33,000 "means an opening of the prison gates" anytime soon, NPR's Richard Gonzales reported today on Morning Edition.

Indeed, as the Los Angeles Times writes, officials in the administration of Gov. Jerry Brown (D) "expressed confidence that their plan to shift low-level offenders to county jails and other facilities, already approved by lawmakers, would ease the persistent crowding that the high court said Monday had caused 'needless suffering and death' and amounted to cruel and unusual punishment."

And the Sacramento Bee adds that:

"The reality is that the court's opinion has no immediate effect on how many inmates the state can keep in custody. 'This is not a sudden court order requiring the prison doors to fly open,' said Allen Hopper, an attorney for the American Civil Liberties Union. Instead, the high court's opinion gives the state at least two years to reduce its current population of 143,435 inmates to 109,805."

As the Bee notes, the state's prison system "is designed for 80,000 inmates."