Accessibility links
A Little Pink Is OK: USDA Revises Cooking Temperature For Pork : The Two-Way The U.S. Department of Agriculture lowered the recommended cooking temperature of pork to 145 degrees Fahrenheit. That, it says, may leave some pork looking pink, but the meat is still safe to eat. 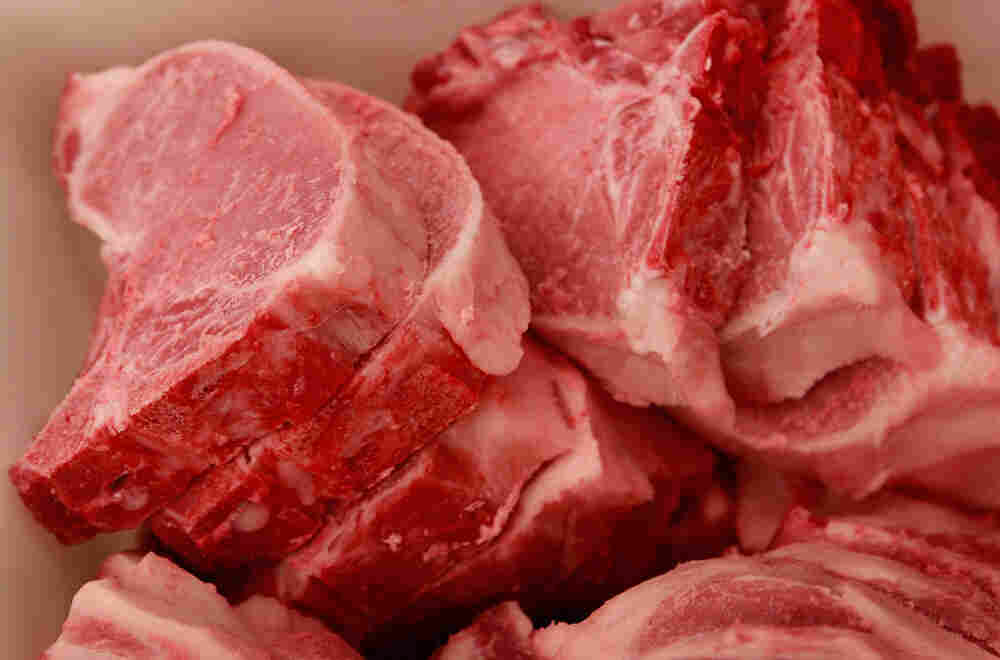 Pork cut up for a customer sits in a tub at the Elma Locker and Grocery in Elma, Iowa. Scott Olson/Getty Images hide caption 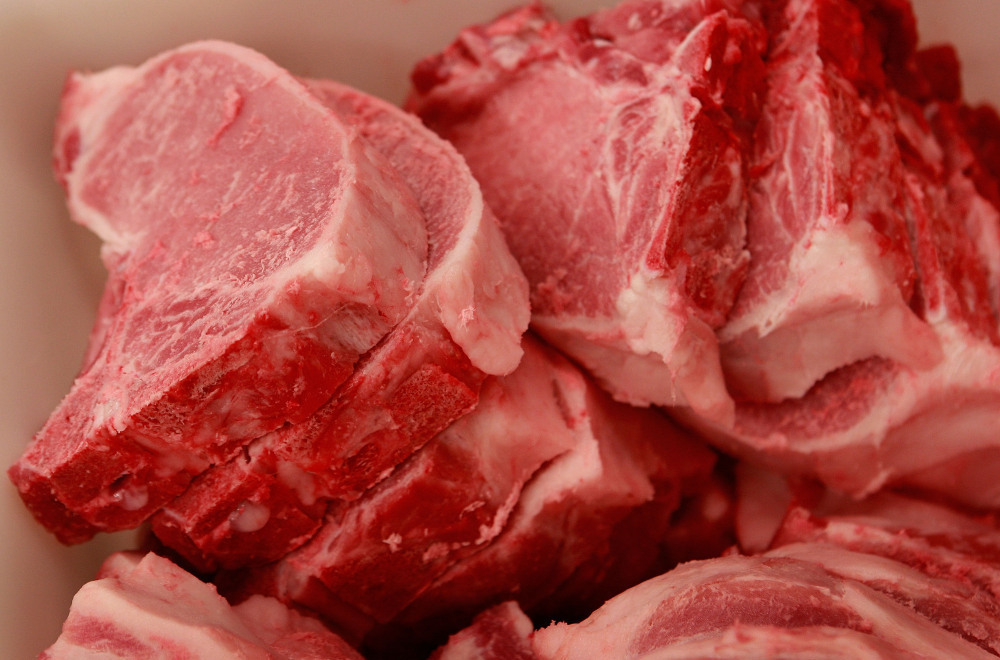 Pork cut up for a customer sits in a tub at the Elma Locker and Grocery in Elma, Iowa.

The U.S. Department of Agriculture released new recommendations for cooking pork today: The Department now recommends that like beef, veal and lamb, whole cuts of pork should be cooked to 145 degrees Fahrenheit, then allowed to sit for three minutes.

"With a single temperature for all whole cuts of meat and uniform 3 minute stand time, we believe it will be much easier for consumers to remember and result in safer food preparation," said Under Secretary Elisabeth Hagen. "Now there will only be 3 numbers to remember: 145 for whole meats, 160 for ground meats and 165 for all poultry."

In its previous recommendation, the USDA recommended cooking pork to 160 degrees. The USDA said its Food Safety and Inspection Service found that cooking pork to a temperature of 145 degrees and letting it rest for three minutes is just as safe as cooking it to a higher temperature.

The change means that a cut of pork may still look pink when it reaches 145 degrees and that, says the USDA, is OK.

The AP reports chefs are rejoicing:

"I'm glad they have the sense to make that change," said Rob Weland, a chef at Poste Moderne Brasserie, an upscale restaurant in Washington.

Weland said he has always cooked pork to the lower temperature because chefs knew it was safe and the meat clearly tastes better. But he said it could take years for backyard grillers to adjust to the change.

"People have been taught this for generations and it's going to take a long time to get this removed," he said. "It will be good for the next generation not to be so fearful so they can enjoy pork in a way they may not have been able to in the past."