Accessibility links
Massey Mine Execs Reap Millions In Takeover : The Two-Way According to new analysis, Massey Energy executives and members of the company's board of directors will share $196 million in compensation. The executives were at the helm when the nation's worst coal mine disaster hit their Upper Big Branch coal mine. 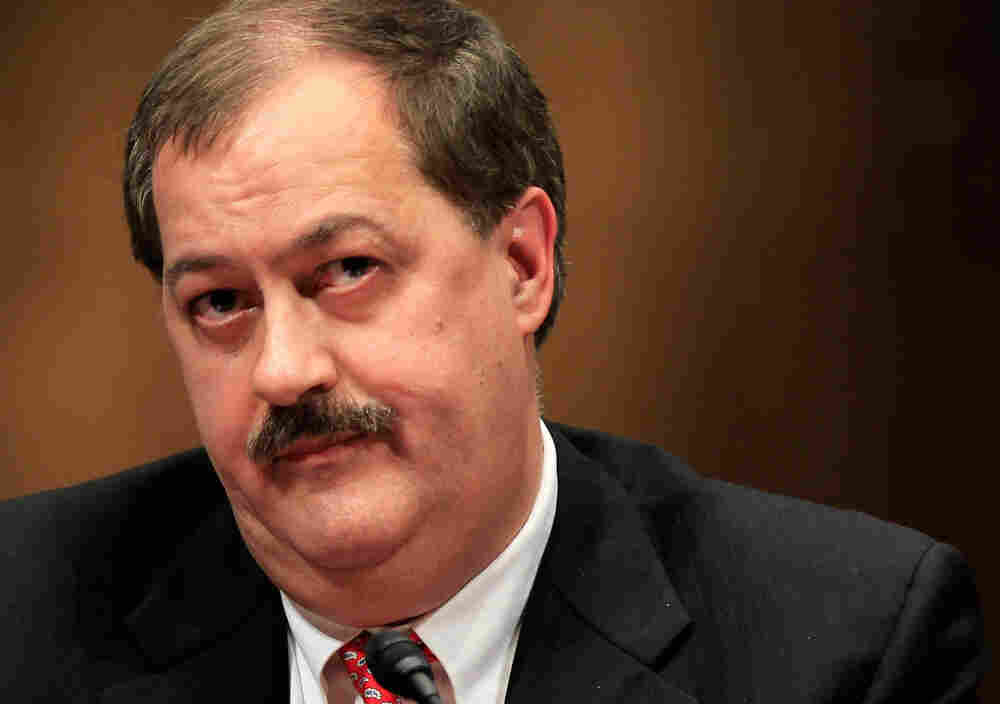 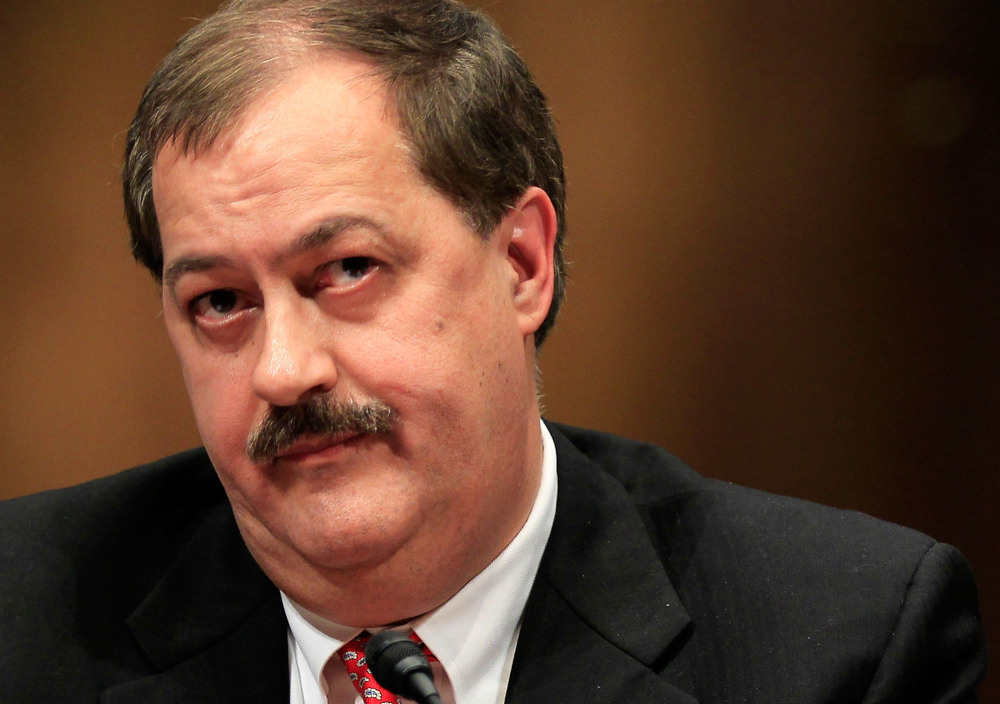 Former Massey CEO Don Blankenship gets the biggest share, $86.2 million, according to the analysis.

They were in charge when the nation's worst coal mine disaster in 40 years hit their Upper Big Branch coal mine in West Virginia.

They ran a company with a "culture in which wrongdoing became acceptable, where deviation became the norm," according to a team of independent investigators who scrutinized that deadly mine explosion.

They "exhibited a corporate mentality that placed the drive to produce coal above worker safety," those same investigators concluded.

Yet, 18 current and former Massey Energy executives and members of the company's board of directors will share $196 million in salary, benefits, severance, pension, retirement and deferred compensation when the company is sold to Alpha Natural Resources, as expected, on June 1.

That's according to an analysis (we've posted it below) of the sale compiled by investment banking firm Cypress Associates on behalf of West Virginia attorney Tim Bailey, who represents the families of seven Upper Big Branch victims and a survivor traumatized by the tragedy. Each has filed lawsuits against Massey Energy.

Former Massey CEO Don Blankenship gets the biggest share, $86.2 million, according to the analysis. Blankenship retired in December although a new SEC filing suggests he was forced to leave.

Baxter Phillips, a long-time Blankenship protégé who replaced the controversial board chairman as CEO, has a package worth $45 million. Chief Operating Officer Chris Adkins, who draws specific criticism in the independent investigative report, gets $11 million. Massey board members get from $1.1 to $4.9 million, the amount going to retired admiral Bobby Inman, who told the Wall Street Journal in April "that he believes the [Upper Big Branch] accident was a 'natural disaster' and not caused by any company failings."

A portion of the payments (about $20 million total) kick in only if the executives do not get jobs with Massey buyer Alpha Natural Resources. Phillips moves on to Alpha as a consultant. Adkins takes a position involving Alpha's "Running Right Safety Process."

If those Massey transplants are dismissed by Alpha "for any reason other than cause" or due to a "constructive termination associated with a change in control," they get the full payment package.

Adkins appears most at risk in his new job given criticism of his announced role in Alpha's "Running Right" safety program.

"Adkins' history makes him a questionable choice to run a safety program," wrote the independent investigative team in its recent report. "One need look no further than Upper Big Branch, where conditions, as described in this report, reflected a mine in which safety standards were swept aside in the rush to produce coal."

The report also notes that Adkins was Massey COO when two miners were killed at the company's Aracoma Alma mine in 2006. The company pleaded guilty to ten criminal charges in that incident.

"In 2010," the report adds, "Adkins was still chief operating officer when Massey closed its Freedom Mine in Kentucky after MSHA found conditions 'so persistent and dangerous' that the mine had 'a high risk level for a fatal accident on any given day.'"

"The wisdom of putting these people into critical slots in Alpha must be called into serious question," says Cecil Roberts, the president of the United Mineworkers of America, who notes Adkins has declined to testify in the Upper Big Branch investigation.

"Massey safety will be the responsibility of mine management, business unit management, our VP of Safety and an Alpha executive," Pile wrote NPR. "Chris Adkins is not in this chain and he will not have a role in making operational decisions in the mines. So he's not responsible in any way, shape or form for our primary safety program."

The Cypress Associates report moves on to the financial risks of Alpha's takeover of Massey, quoting the SEC reports of both companies and published reports and statements from securities and credit analysts.

Alpha and Massey shareholders meet separately June 1 in Kingsport, Tenn., to vote on the takeover. Several groups of shareholders have filed lawsuits seeking to block the merger.