Accessibility links
The Way They Drink: Finding Common Ground Between Cats And Dogs : The Two-Way A new study finds that cats and dogs drink in the same way. The study disproves a previous one from last year that said cats drank with more sophistication than dogs.

The Way They Drink: Finding Common Ground Between Cats And Dogs

The Way They Drink: Finding Common Ground Between Cats And Dogs 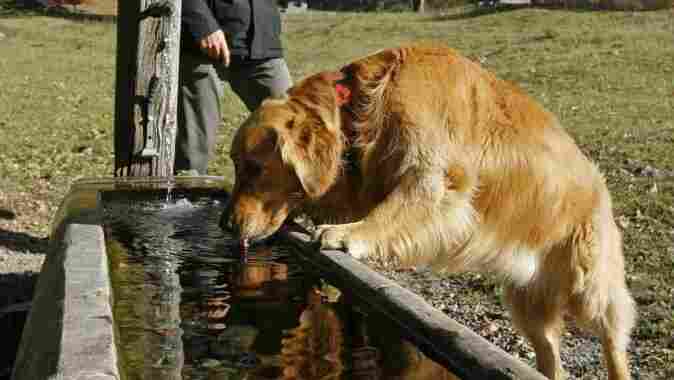 Annabelle drinks from a fountain in the Steigforest near Maienfeld, Switzerland. Arno Balzarini /AP hide caption 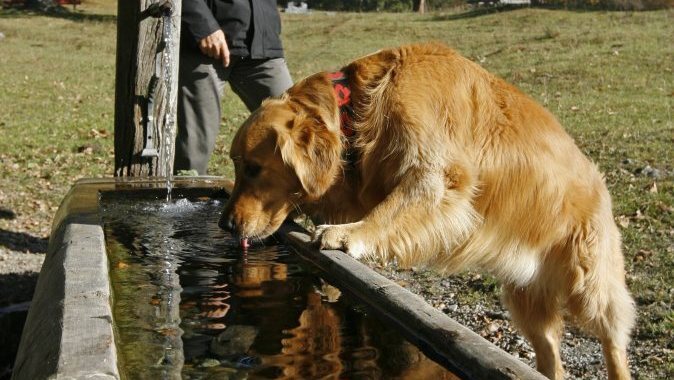 Annabelle drinks from a fountain in the Steigforest near Maienfeld, Switzerland.

Back in November, scientists took high-speed video of cats and dogs taking a drink from a bowl. They marveled at the felines, at how four times a second they flicked their tongue into a bowl of milk and created a jet of liquid, which then — "in a flash" — they caught in their mouth.

Here's how Geoff Brumfel reported on the study for NPR:

"They really know how to do it perfectly, almost as if they're doing the equations in their head," says Pedro Reis, a co-author of the study and assistant professor at MIT.

The whole system is much more elaborate than that of dogs, which simply scoop up the water with their tongues.

Well, a new study published today in the Journal of the Royal Society Biology Letters finds that dogs are probably doing equations in their heads as they drink, too.

They are sloppier for sure, but the researchers found they use the same technique by filming dogs drinking water in X-ray and in high speed:

Here's the video of a cat drinking from last year's study:

Wired Science caught up with Reis, of the cat study, and he agreed. "Wow, it is the same!" he said, after watching the X-ray video.

Wired adds that this proves what we know from biology — that cats and dogs aren't that different, afterall:

Cats and dogs last shared a common ancestor some 43 million years ago, but neither evolved thick cheeks now present in many other animals, including humans. Such cheeks form a tight seal that both retains liquid and allows suction-powered drinking. Without them, cats and dogs needed to develop a different way to drink.